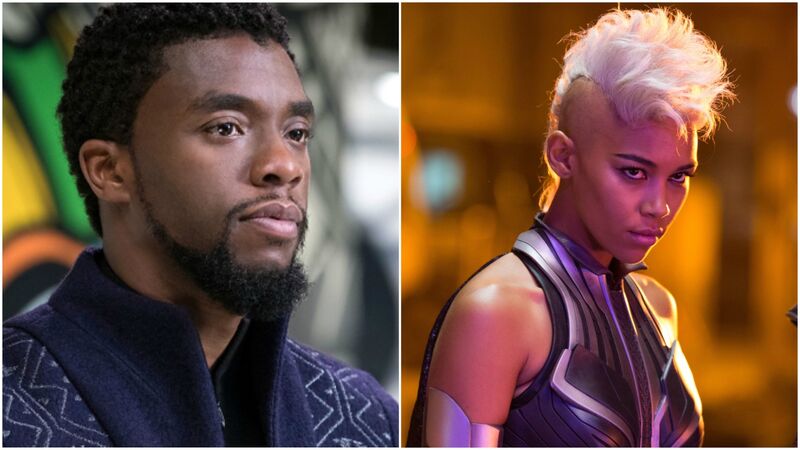 Black Panther is arriving in theaters next month and there is a lot to learn from T’Challa’s comic book roots. For instance, did you know that at one point he was married to Storm? While their marriage didn’t last long, their union was powerful, for both Wakanda and the alliance it forged between the X-Men and the Avengers.

Let’s take a look at how T’Challa and Ororo first met, how they fell in love, and how T’Challa finally bent the knee to propose. We’ll also look at how this comic book storyline could play into the MCU, if the X-Men and Avengers do finally merge into one cinematic timeline (as a result of Disney buying FOX).

T’Challa and Ororo first met when they were both children. After Ororo’s parents were killed in Cairo, she was left alone to wander the desert. She spent some time as a pickpocket, forced to steal by Achmed El Gibár. Then she left Cairo in search of her mother’s homeland in Kenya. While on her travels, she came across T’Challa –heir to the throne of Wakanda — who was being kidnapped. Using her newly developed weather controlling powers, she rescued him. The pair had an instant chemistry and became friends. Part of this story was featured in a 1980s issue of Marvel Team-up, although it was retconned later in a Storm mini-series.

T’Challa and Storm went their separate ways and both joined The Avengers and the X-Men, respectively. Their busy schedules kept them apart most of the time, until T’Challa decided it was time to get married. In 2006, in Black Panther Volume 4: #14 and #15, T’Challa took a knee and proposed to Storm. Storm lamented her heartbreak of being separated from him as child and then said yes to his proposal.

The wedding of Black Panther and Storm can be read in Black Panther Volume 4: #18. Their wedding took place during the “Civil War Cease Fire Event.” Most of the Avengers and the X-Men showed up at the wedding, even though they were at odds over the Superhuman Registration Act. The Watcher even showed up to witness this historic event. Calling a ceasefire to witness the union of Storm, a powerful mutant, and T’Challa, a powerful Avenger and king, was a profound message of unity during a time of unrest.

Unfortunately, their union was not meant to least. Six years later, in 2012, T’Challa and Storm ended up on opposing sides of the Avengers vs. X-Men event. When the Pheonix Force returned to Earth, it possessed multiple people, including Namor. Namor led his Atlantian people into battle against Wakanda. The fallout from this comic book event series was brutal. Millions of people around the world began exhibiting mutant powers, Cyclops was imprisoned and The Avengers were left scattered, with Captain America left to create a new team. The damage to Wakanda was severe and T’Challa blamed Storm for siding with the X-Men. It was this event that caused him to annul their marriage.

In the comics, T’Challa and Storm are still divorced. Currently, there are no plans to bring them back together — which is sad — because they were one of Marvel’s strongest couples. However, they could come together in the film universe. Now that Disney owns both and Marvel and FOX, the crossover potentials are endless. While it’s too early to know if the current slate of Avengers will crossover with any of FOX’s current X-Men, it’s possible Black Panther and Storm could have a future. For instance, if the MCU does introduce the X-Men, they could do so via time travel or an alternate timeline, a la J.J. Abrams’ Star Trek films.

Would you like to see Storm and T’Challa together in the MCU? Would you keep X-Men: Apocalypse actress Alexandra Shipp in the role or recast?