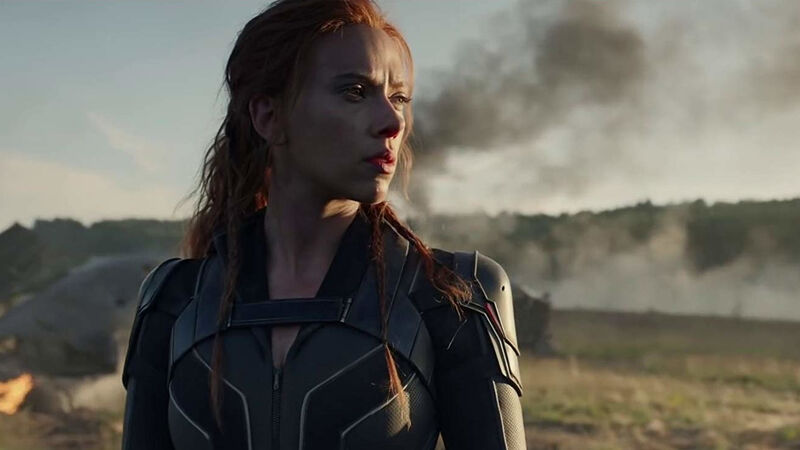 Expect to See a Lot of Familiar Faces in ‘Black Widow’

From 2008’s Iron Man onward, the Marvel Cinematic Universe promised a different kind of moviegoing experience. It began with the first post-credits scene, where Samuel L. Jackson shows up as Nick Fury, telling Tony Stark, “You think you’re the only superhero in the world?” From there, Marvel Studios wove story threads and characters through a series of films to create the superhero (and celebrity actor) team-up The Avengers, then finally culminating into the enormous supergroup of heroes in Avengers: Endgame (Which you can watch now on Disney+).

It wouldn’t be a Marvel movie if Black Widow didn’t get her fair share of cameos in her upcoming solo film.

The main action of Black Widow is expected to take place shortly after the end of Captain America: Civil War, as Natasha Romanoff (played by Scarlett Johansson) unites with other figures from her previous life as a Russian spy. But the writers will likely offer some flashbacks of Natasha’s morally grey espionage days and fill in the details of her conversion to a S.H.I.E.L.D agent. With that in mind, keep an eye out for these returning characters when Black Widow hits theaters in May 2020.

Robert Downey Jr.’s return as Tony Stark in Black Widow has been widely reported at this point, which isn’t surprising. After all, he’s the OG of the MCU, providing the continuity that led all the way through Avengers: Endgame. Iron Man is considered so central to the MCU that his absence was enough to give emotional weight to last summer’s Spider-Man: Far From Home. As the MCU moves into its next phase, it still needs Tony Stark — even in the form of flashbacks — to connect the future movies with everything that’s come before. What’s more, Scarlett Johansson’s first appearance as Black Widow was in Iron Man 2, so having Tony Stark appear in her solo film would close the circle, so to speak.

We’ve already seen a CGI de-aged William Hurt returning as General Thaddeus Ross in the Black Widow trailer, confirming his role in the film. Hurt first played Ross in 2008’s The Incredible Hulk. General Ross’s experiments to reproduce the Super Soldier Serum inadvertently turned Bruce Banner into the gamma-irradiated monster, while his daughter Betty Ross is Banner’s love interest. By the time of Captain America: Civil War, he was Secretary of State Ross, pushing for the registration of superheroes. In the trailer, Ross is wearing a civilian suit and tie and looking much younger even than he appeared 11 years ago in The Incredible Hulk. It’s likely he plays a role in the early part of Natasha’s career as a spy.

In Natasha Romanoff’s first comic book appearance in Tales of Suspense #52 from 1964, she’s sent by the Soviet government to eliminate Anton Vanko, a.k.a. Crimson Dynamo, who has defected and now works for Tony Stark. In the MCU, Anton is the father of Ivan Vanko, who as Whiplash (played by Mickey Rourke) tries to kill Tony Stark in Iron Man 2. Ivan’s whole motivation is that he believes Tony has stolen his father’s arc reactor technology. In the premiere episode of Marvel’s Agent Carter, which aired five years after the release of Iron Man 2, we see Anton working at Stark Industries in the post-war era, helping Peggy Carter identify the source of a weapon. An appearance by Anton (possibly played by a different actor than his TV role) could be a nice nod to the Black Widow’s Stan Lee-penned origins, and tie her MCU origin in with Iron Man’s family history.

At least since The Avengers, whenever you see Nick Fury, you almost always get Maria Hill, Fury’s second-in-command, at the same time. Plus Hill’s unpowered, super spy skillset matches up well with Black Widow’s fighting style.

Even though Hawkeye is on house arrest during the time Black Widow is supposed to take place, Clint Barton and Natasha have a long history together as S.H.I.E.L.D. agents before the formation of the Avengers. They talk about their history more than we ever see, so the Black Widow movie might be the ideal time to flash back to some of the key moments that made their friendship so powerful.

After plummeting into a ravine in Captain America: The First Avenger, Bucky Barnes was recovered by the Soviet Union and HYDRA, who brainwashed him and equipped him with a shiny new bionic left arm to become the elite assassin known as the Winter Soldier. In Captain America: The Winter Solider, Natasha figures out that the Winter Solider tried to kill Nick Fury, telling Steve Rogers about a time five years prior that she was targeted by him in Odessa. Given that both Natasha and the Winter Soldier were trained in Russia, it’s possible they could’ve crossed paths even earlier during their time as Russian agents.

Marvel usually uses mid-credit and post-credit sequences to tantalize audiences about their upcoming movies. Currently, the next film up on the docket after Black Widow is The Eternals, set to be released in November 2020. A cast of ringers is set to play the god-like offshoots of humanity, including Angelina Jolie, Salma Hayek, Richard Madden, Kumail Nanjiani, and Bryan Tyree Henry, so don’t be surprised if one or all of them make an appearance before the lights come up in the theater. The Eternals don’t have much of a history with Black Widow in the comics, and no story connection to anything else in the MCU so far, but producers might feel this is the perfect time to create a surprising link that leads into the future of Marvel films.