In the anime Love Stage, Izumi and Ryoma are two star crossed lovers. Thanks to a cross dressing mishap, handsome celebrity Ryoma discovers his childhood crush, Izumi, is actually a boy. When he realizes he has feelings for another man, Ryoma goes to Izumi’s house to confront him, forces Izumi to undress… and ultimately tries to rape him.

It’s an incredibly shocking scene for an anime that promotes itself as a saccharine sweet love story. Nothing in the pink and flowery opening title sequence or key art implies that Love Stage is a story about sexual abuse.

Love Stage isn’t unique. It’s part of a sub genre of anime called shounen-ai or “boy love.” Crunchyroll, and other anime streaming services are full of these shows, and they all have similar names: Love Stage, Super Lovers, World’s Greatest First Love.

On the surface, boy love anime are presented as flowery love stories about young men discovering their feelings for one another, but all too quickly these stories take dark turns. Nearly all shounen-ai anime has the same issues and problems, thanks to their reliance on tropes.

Anime fans are well aware of how prevalent tropes are. They’re in every anime, from Dragon Ball Z, to My Hero Academia, to Yu-Gi-Oh.

Romance anime has its own set of tropes, prevalent in straight and gay stories alike. And in the case of shounen-ai, these tropes become deeply troubling instances that present a warped and dangerous view of gay relationships.

So let’s break down these common themes and why they’re so damaging to queer representation.

One of the most obvious and apparent tropes in boy love shows are that the main couple have a substantial age difference. There is always a distinct seme (top) and uke (bottom) in the relationships, which creates a distinct power dynamic.

There’s nothing inherently wrong with this, but in boy love anime the uke character is often presented as VERY young. They may technically be an adult, or likely a teen, but they have the body of an early pubescent boy. This is often spelled out clearly, that this 16 year old boy looks like a 12 year old.

There’s a damaging and untrue stereotype that gay men are predators, on the prowl for younger boys. The term “recruiter” is used to describe older gay men that lure otherwise straight boys into a life of perversion, and the relationships in shounen-ai perpetuate this perceived dynamic.

It also reinforces the intrinsically misogynistic stereotype that the bottom in a gay relationship is the “woman.” The uke character is frail, too weak to resist the advances of his seme. He is almost always soft skinned, effeminate, and sometimes even voiced by a woman. In addition to this being an extremely narrow and increasingly incorrect portrayal of gay dynamics, it’s also a very boring way to think about gay characters.

You don’t have to get very far in any shounen-ai anime before there’s a scene of sexual assault. In every one, the seme character has physically pinned the uke against something and is forcing themselves upon them. Oftentimes this results in a scene of violence that’s played off as a gag, and almost always the assaulted character flees the situation, only to come back the very next episode.

Even if the character is traumatized by the experience, other characters offer no support. In Love Stage, Izumi’s own friends and family brush off his assault because nothing actually happened, and they liken the experience of Izumi being forcibly stripped and overpowered as “no worse than a mosquito bite” which is both ludicrous and infuriating.

It’s painful to watch a character describe the man who assaulted him as his true love, and it sets an incredibly bad example for impressionable gay youth. It sends the message that people should go back to their abusers, and that if the victim loves the abuser enough, then the abuse will be replaced by love. Frankly that’s a dangerous message to send.

And why is this even a thing? If Boruto started with Naruto forcing himself on Hinata nobody would be down with that, but in romance anime it’s expected that consent will be tossed out the window.

Writing this off as fiction does everyone a disservice because rape is a real problem. Furthermore it gives a worrisome look into Japan’s broader shame culture problem that pressures victims of rape against speaking out. A 2014 Cabinet Office study showed that only 4% of sexual assault victims in Japan actually report the crime to the police, and of those, few were successfully prosecuted.

In most shounen-ai anime, the seme and oftentimes the uke as well, are presented as mostly straight. They like girls, and even go on dates with them, too. They’re not gay, they just have such a connection with this one specific guy that it transcends their heterosexuality.

Now I can actually get behind anime that showcase a bi or pansexual character, but that’s not the impression that’s given. The characters rarely if ever self-identify as anything but straight. Because shounen-ai and yaoi are made for an assumed straight female audience, as opposed to gay men, the characters within them always stay… available. They’re not gay because in Japanese media gay men look and act a certain way…

By not making the characters actually gay, shounen-ai continues the othering of gay men. Sometimes the anime will make the distinction very clear, showing offensive and incorrect stereotypes of gay men as a comparison to the main couple. This fits the star crossed lover narrative so common in romance anime, but it prevents gay relationships from being normalized.

The poor poor boys of shounen-ai anime are usually pretty broken. Maybe they watched their parents die right in front of their eyes. Maybe they had a childhood trauma they never got over. Maybe they were… raised by wolves? What the hell?!

We didn’t become gay because we’re otakus. Or because our bodies are small and thin. Or because one time a boy was mean to us in middle school. By making the characters in shounen-ai all stunted, broken, or traumatized people it gives the impression that being gay is not normal. That there is something fundamentally wrong with you to make you fall in love with another guy. It’s messed up and shows a lack of nuance about sexuality that is pretty shocking in this day and age.

So what can we do?

I wish I had a solution to this issue, but when it comes to anime, we as a Western audience have very little pull. But what we can start to do is to stop excusing this and other overly problematic tropes. All too often when issues with anime are brought up, the answer is a general shrug of “Well, Japan is a different culture.”

I think this excuse does a disservice to us, and Japan. It’s a very impotent way to view ourselves, as helpless to affect positive change on a global scale, and in a world that is increasingly more global thanks to the Internet, we know this isn’t true.

Furthermore, it’s insulting to Japanese people to claim that negative stereotypes are part of their culture, as if homophobia is a time honored tradition up there with shogi or kendo.

With American companies like Crunchyroll and Netflix bringing anime en masse to the states, we need to be more particular about what messages we’re promoting.

It’s important that young people, gay youth especially, have positive and realistic portrayals in media. Growing up, it’s all too easy to think there’s something wrong with you, and if you’re watching anime that reinforces this thought, it can damage you at a very formative time in your life.

Now, it’s not all bad. While shounen-ai is a flaming garbage pile, there have been notable examples of positive gay representation in anime and manga. While not overtly gay, Yuri!! on ICE takes the common tropes of sports anime’s latent homoeroticism and uses it to tell a love story on top of the broader sports plot.

Gengoroh Tagame’s manga series My Brother’s Husband is both an examination of gay relationships, and the differences between Japanese and Western society’s views on many social dynamics and issues.

And if you like the notion of shounen-ai anime and want a more positive Western spin, check out the Academy Award winning film Call Me By Your Name. It’s a beautiful and thoughtful romance that does everything a shounen-ai anime does, with none of the damaging stereotypes.

Hopefully in time, we’ll see anime continue its trend towards more accepting and thoughtful portrayals of all kinds of people. But before we can get there, things like shounen-ai’s rape culture storylines need to go. 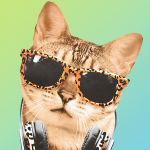