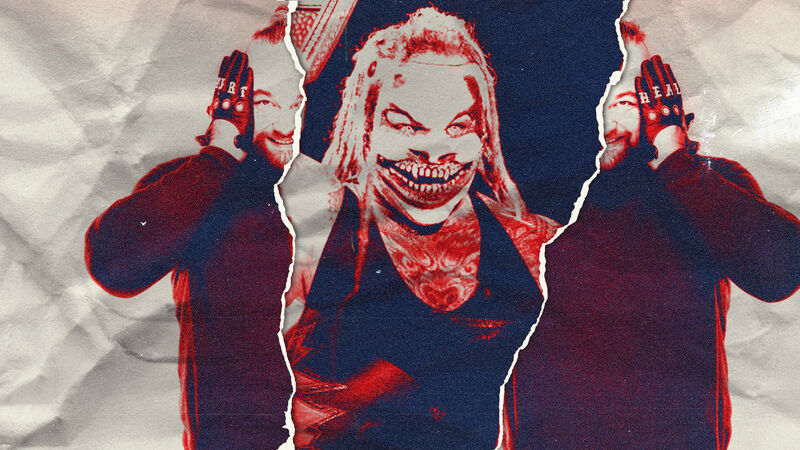 The Powers WWE’s Bray Wyatt Seems to Have (So Far)

“The Fiend” Bray Wyatt is on a collision course with John Cena at WrestleMania 36, which is now set to emanate from the WWE Performance Center in Orlando over two nights – Saturday, April 4 and Sunday, April 5. These two have squared off at WrestleMania before, back in 2014, but this time… things have changed.

Not only is Cena a part-time performer now, and that’s using “part-time” very generously, but Bray has undergone a supernatural transformation. As a marshland messiah, in his previous cult leader form, he was already a serious threat, and a part-time magic practitioner, but now he’s been reborn with even more powers and abilities that have made him near-unstoppable. And he’ll be facing Cena in the first-ever “Firefly Fun House” match, the specifics of which aren’t yet certain, but which clearly will be playing into Wyatt’s abilities.

The wild world of wrestling has always included colorful characters who’ve had access to other-worldly powers — from Papa Shango to Gangrel to The Undertaker — but Bray Wyatt’s the ghoul of the hour right now. And he seems to contain more magic than anyone else previously.

Here’s a look at all of the wicked witchcraft Bray has wielded over the years, from his time delivering sinister swamp sermons to his new gig as the host of a children’s TV show (in some type of pocket hell dimension and/or his own shattered mind).

Though Daniel Bryan, Kane, and Randy Orton may have slipped through his fingers (and even pulled a fast one on ol’ Bray), Wyatt’s still got a good track record for collecting broken monsters and bending them to his will. At the height of his influential prowess as a preacher, and displayer, of the dark arts, he had Erick Rowan, Luke Harper, and Braun Strowman under his spell. His followers were malicious monsters who would do anything their master commanded of them, without question. And Bray himself fed off their undying loyalty.

“Letting things go” isn’t part of Bray Wyatt’s M.O. His past always informs his present. And for years it was his late, beloved sister, Abigail, who fueled his fury. Sometimes he was doing terrible things as a tribute to her. Sometimes it felt like she was controlling him from the great beyond. At one point, she even possessed him, for a match with Finn Balor that never wound up happening.

Sister Abigail wasn’t just the name of Bray’s finishing move, she was, at times, the source of his power and the inspiration for his madness. Her spirit was banished from this realm after Randy Orton burned down the Wyatt Family compound, where Abigail had been buried. Because Randy Orton is a dick.

During his match with Randy Orton at WrestleMania 33, Bray Wyatt summoned creepy crawlies from the Earth to… Well, distract Randy it seems. To throw him off his game. To make him feel like he was surrounded by itchy insects and bewildering bugs. For a brief moment, Randy thought “Oh no! I’ve clearly shrunk down to miniature levels and have been transported into a putrid pit of pests.”

The sorcery didn’t work, ultimately, and Randy picked up the big win, and the WWE Championship.

Bray Wyatt and Randy Orton fought one final time, at the Payback PPV in 2017, inside a dirty, dilapidated house of Bray’s choosing. This “House of Horrors” was filled with scary dolls, flickering lights, and altars of power. Also, a very dirty fridge that ran the risk of giving someone a staph infection. Bray proved he didn’t need his family farm to access brutal blood magic. He just needed to head to Zillow and add a few spooky ingredients.

After “Broken/Woken” Matt Hardy vanquished Bray Wyatt in their “Ultimate Deletion” match, Bray limped on for a while, even winning a tag team gold with Matt. Eventually, though, his former cult leader character faded into the ether.

When Bray Wyatt returned to action, after an extended hiatus, he was no longer a serious, sweaty, swampland demagogue. His frown was now permanently upside-down as he hosted a ghostly “educational” kids show called Firefly Fun House. Viewers were either gaining access to an alternate dimension or getting a peek inside Bray’s mind.

Either way, the Fun House is Bray’s ultimate coping mechanism. It’s the place where he’s learned to smile and laugh at his past pain. The only person to have found a way inside the Fun House is Seth Rollins, and he’s apparently telling no one how he managed to access this netherworld.

Of course, beyond the Fun House, those who caused Bray pain in the past or present would also become a direct target for… his other half.

From Bray Wyatt’s old ashes arose a dark clown beast who seemed to attack everyone and anyone who ever wronged Bray in the past or present; someone who Bray would become and/or summon in order to exact cruel vengeance upon his enemies. While an all-smiles Bray entertained fans with his Firefly Fun House antics, this brute would attack Bray’s enemies, much like Bray’s old followers would.

Bray’s past life as a crazed backwoods bogeyman can be seen still, in splintered form, among the characters who populate his mind palace – aka the Fun House.

Yes, the past is very much alive inside the Firefly realm (which itself is named for Fireflies, the term Bray used for his cultish fans). These puppets help Bray with Fun House skits, spying on enemies, and general morale. But they’re also…trapped there. Brief pleas for help can be heard and seen every once in a while.

Whenever The Fiend attacks someone, a framed photo of that poor soul winds up on the wall of the Fun House. Does that person continue to exist, alive and breathing, in the real world? Yes… but most of the time they wind up “changed.”

Conflict with The Fiend alters a person on a much more personal, and possibly molecular, level. They’re never quite the same. Seth Rollins did a full heel turn. Daniel Bryan is still trying to figure out who he is post-Fiend. In a manner of speaking, Bray’s “Fiend” is his harvester of souls.

As The Fiend, Bray’s oozing evil is apparently so powerful that he’s able to turn the entire arena red, assuming control of the production truck and in-house lighting equipment so that all of his matches are fought underneath a crimson cloud.

In both his kid’s show host and Fiend forms, Bray is practically impervious to all forms of punishment (except jankily-delivered Jackhammers). While wrestling The Miz in his Mr. Rogers skin, he just laughed non-stop and absorbed a beating until it was time to end the match quickly with a couple Sister Abigails.

As The Fiend, Bray has withstood countless finishers from his foes, as well as shots from straps, ladders, chairs, and sledgehammers. Bray’s magic has now dulled him to most every form of “feeling,” including pain.

Like any decent demon, The Fiend has the power to appear anywhere he wants at any time. Whether it’s backstage, in the ring, or — you know — in the bedroom of Miz’s daughter, Monroe. He’s either there to hand out beatings or hand out…dolls. Any wraith worth his weight in hate should be able to apparate, right? It’s, like, Killer Clown 101.

Under the Ring (Secret Portal)

One of The Fiend’s favorite spots, out of anywhere he could possibly hide, is under the ring. It’s one of the main portals he uses to manifest himself behind his enemies. He can drag victims underneath with him (giving them a much needed haircut!) or use the route as an escape plan. It’s a multi-purpose hidey-hole that allows Bray to truly become the “monster under the bed.”

“The Fiend” Bray Wyatt will face John Cena during the two-night WrestleMania 36, airing March 25 and 26, 2020 on the WWE Network.