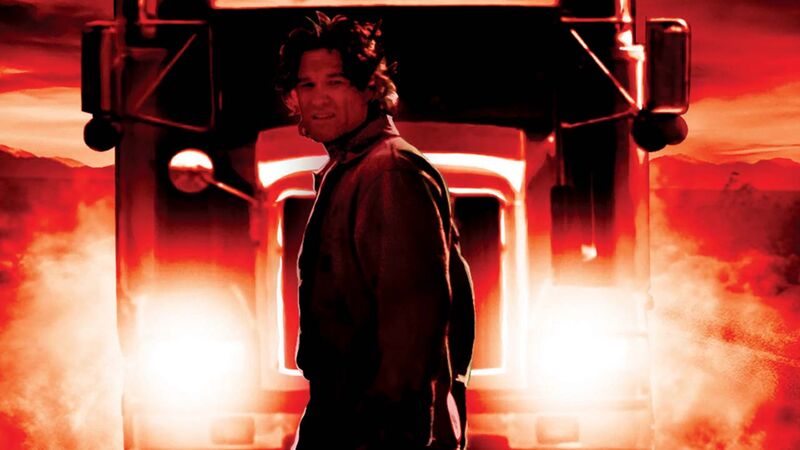 ‘Breakdown’ Director Breaks Down How He Created a Classic Thriller

Released in the summer of 1997, Breakdown didn’t arrive with a ton of hype, but quickly made a big impression. Directed by Jonathan Mostow (who co-wrote the script with Sam Montgomery), the Paramount Pictures thriller — starring Kurt Russell and Kathleen Quinlan as a couple driving cross country who find themselves entrapped by a very nasty, very clever group of criminals — received strong reviews, was a success at the box office, and went on to become a beloved example of its genre. That beloved status is underlined by Paramount now releasing a brand new Blu-ray for Breakdown this week, which boasts new extra features made with the participation of Mostow, Russell, Quinlan, and producer Martha De Laurentiis, including a new commentary track from Mostow and Russell.

Breakdown is a personal favorite of mine, so I was particularly excited to speak to Mostow in conjunction with the Blu-ray’s release. The filmmaker spoke about the key elements that make Breakdown work so well, in a story that finds Rusell’s Jeff Taylor having to quickly react to his wife Amy’s disappearance, after their car breaks down and the seemingly helpful trucker (the late J.T. Walsh) who gave her a ride for help suddenly claims that he’s never seen her… before revealing what he truly wants.

Kurt Russell has a notably long and varied career in Hollywood and while he has played several impressively tough action hero roles in movies like Escape From New York, Stargate, and Soldier, he’s also been able to play the more comedic side of a hero (Big Trouble in Little China, Tango & Cash) and, in the case of films like Executive Decision or Breakdown, a much more straightforward everyman thrust into circumstances way outside his norm. In Breakdown, Jeff hardly seems like a guy who is ready for what he’s about to go through, and Russell is able to sell both how out of his depth he is and that he can potentially rise to the occasion.

Said Mostow, of his star, “I honestly think Kurt is a cinema treasure, because there’s very few actors you can think of that have played all genres. There are people who say ‘I’m a giant Kurt Russell fan’ and in their mind, Kurt Russell is a big action star. There’s other people who say they’re a giant Kurt Russell fan and they just think of him as a comedy guy, from Overboard and Captain Ron and stuff like that. He’s incredibly versatile. And he’s also got this amazing gift to convey what he’s thinking without one word of dialogue. The audience is just able to plug into him and feel what he’s feeling.”

Mostow recalled how during production, “We’d been shooting for a couple of months and one day, [Russell] says to me, ‘I don’t know what it is about this movie, but I’ve been coming home every night in pain. I’ve done movies that are more physically demanding than this but this one is literally causing my body to ache!’ And what he finally figured out was that it wasn’t the physicality of the role per se, although it was a very physical role, but it was the anxiety of the character. Because Kurt is the opposite of an anxious guy. He’s exactly what you think; this all-American, laid back, cool dude. And he was playing a guy who was in sort of panic mode the whole time.”

Mostow added, with a laugh, “The private joke of it was that he was really playing me; like that was what I would be in that circumstance. But that was for him a completely foreign foreign experience.”

AVOID THE OVEREXPLAINING
(AND IDIOT) PROBLEM

Breakdown wastes little time jumping into its story, as we meet Jeff and Amy in the middle of their cross country drive to their new home before things quickly take a turn for the worse. However, that nearly wasn’t the case. While Mostow always intended for the film to begin the way it does, he explained, “Someone else had come to the producers and said, ‘You know, I read your script, and you can’t can’t start a movie with  a couple just driving through the desert. You’ve got to have a backstory, we have to understand more about them.”

Unable to convince anyone it wasn’t needed, Mostow was forced to film what he described as a “10-page preamble,” showing Jeff and Amy in their previous life and their decision to move. He ultimately got some vindication when that footage was all cut prior to release, explaining that the scenario where we meet Jeff and Amy in mid-trip was enough – “It’s a very identifiable, relatable thing. And it doesn’t matter what his job was, it doesn’t matter what his apartment looked like; none of that stuff matters.” The Blu-ray offers you the chance to see that footage for the first time, but, crucially, only as a bonus feature and not edited into the film itself.

Said Mostow, “Why I prefer to do most of my films independently, as opposed to with studios, is that the studios always seem to be worried ‘Oh, the audience won’t understand! They won’t figure this out.’ They don’t understand that audiences are smart and can intune what’s happening. You don’t have to over explain things. Often what you’ll see in studio films, particularly in the first act, is just a bunch of set up that could have been cut, that just wasn’t necessary.”

Another tricky nature of a film like Breakdown is avoiding the “You idiot!” moments where an audience just can’t believe someone would ever make the choices they are or as Mostow put it, ‘How do you avoid this trap of, in horror movies, ‘Why are you going into a haunted house, you moron!?’”

Mostow said a lot of thought was put into engineering the film’s set up, in which Jeff first has a scary run in with a local (M. C. Gainey’s wonderfully menacing “Earl”) eyeballing his expensive jeep, which makes him incredibly wary when that jeep then breaks down soon after  – even when Walsh’s passing trucker, Warren “Red” Barr, offers to drive both Jeff and Amy to get help.

Said Mostow, “The idea was that by creating the sense that there was a threat to to the jeep and all the stuff that’s in the jeep, that the smarter thing was for Kurt to stay with the jeep and protect their stuff from those yokels coming back and ripping them off. So he lets his wife go ahead. And, you know, this trucker seems perfectly friendly and inoffensive. That was all very carefully architected.”

The key to selling that trucker’s initial friendliness was the actor playing him, of course, which is why J.T. Walsh — who sadly passed away a few months after the film opened — was so crucial to making Breakdown work. You completely buy Red as a good, helpful citizen… until Walsh shows he is anything but.

By the mid-90s, big studio thrillers and action film villain roles were usually going to very recognizable, very talented, and often very showy actors like Dennis Hopper and Tommy Lee Jones. On the surface, Walsh felt like a somewhat surprising choice for Breakdown simply because he wasn’t nearly as famous as his contemporaries who usually got these types of roles, despite a huge list of credits that included Good Morning, Vietnam, A Few Good Men, and Outbreak.

Mostow noted that Walsh was a standout example of a character actor, which “is so important in the history of Hollywood. I think one of the reasons that J.T. never got as famous as those other guys, particularly the two guys you reference, is they have very strong personas that, like movie stars, they kind of carry from movie to movie to movie and we love those [personas]. You know you’re watching a Dennis Hopper movie. But J.T. just disappeared into his characters; he just became those characters.”

Walsh had actually been in several films with Kurt Russell before, including Tequila Sunrise, Backdraft, and Executive Decision, and Mostow recalled, of the casting process for Breakdown, “I had J.T. come in for an audition. And 15 seconds into his audition, I knew in my gut, ‘This is the guy.’ The next night, I was talking to Kurt, and he was saying, ‘You know, I have a great idea who should play this part.’ And I told him, ‘Well, it’s funny you should mention because I actually saw an actor today who I think would be fantastic.’ Kurt asked, ‘Who’s the actor?’ And I said ‘JT Walsh,’ and he nearly fell off his chair, because that’s who he was gonna suggest. I guess it was meant to be.”

MAKE THE AUDIENCE
EARN THEIR RELIEF

Jeff is put through hell as Breakdown progresses and Red makes it clear what he wants from him and how far he’s willing to go. Mostow noted that he wanted to make sure we truly felt that Jeff was a regular guy who was way over his head and this meant prolonging his torment and inability to fight back before he is finally able to begin to turn the tide.

“It was interesting, Kurt said something when we were doing the commentary track that hadn’t really kind of occurred to me this way,” Mostow remarked. “He said he was hard pressed to think of another movie where the movie star is just essentially almost rendered impotent for so long. Every time he tries to make a move, he’s checkmated by the bad guys. And so when he finally starts to turn things around, it’s a huge relief for the audience.”

I mentioned to Mostow that I could remember the opening weekend audience applauding at a key moment where Jeff finally makes a key move and he replied, “I remember being in that first test screening when the audience erupted cheering. Me and everybody else involved in the film were looking at each other kind of stunned. We didn’t expect it to be that kind of guttural response from the audience, which was great. There’s nothing more fun than sitting in an audience and seeing that kind of reaction to your film.”