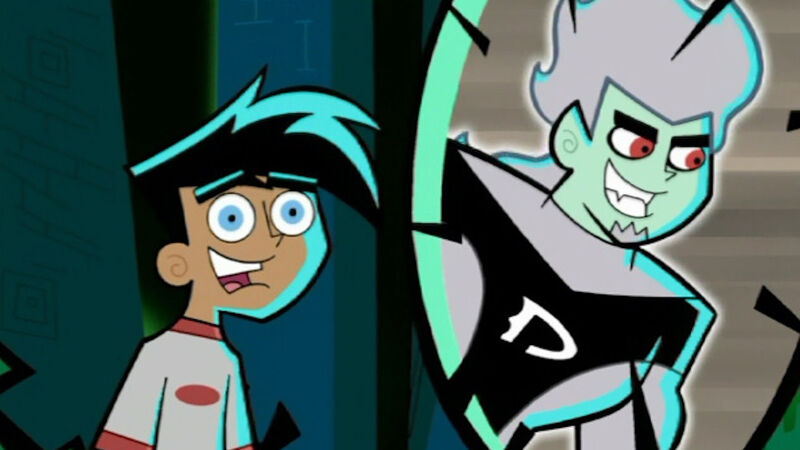 If there was ever a time to be hopeful for a Danny Phantom reboot, it would be now. Butch Hartman, creator of The Fairly OddParents and Danny Phantom, has long since teased “phans” about a possible revival in the near-decade since the show ended. But it’s his recent YouTube video – the first official canon material in said decade – that has pushed speculation to an all-time high.

In the video, Hartman takes the main trio of Danny Phantom – Danny, Sam, and Tucker – and ages them up to be ten years older. He draws how he thinks each character and their outfit would change, drawing several different versions for each of them. He also gives them upgraded ghost-hunting weapons and technology. And while we may not know what exact scenarios the future trio find themselves in yet, Hartman’s descriptions are certainly more optimistic than the apocalyptic future run by an evil, older Danny that almost came to be in “The Ultimate Enemy.”

Hartman first draws everyone’s favorite technogeek, Tucker Foley. In the first version, he gives Tucker a presidential pin as a nod to him becoming the mayor of Amity Park at the end of “Phantom Planet,” hinting that perhaps he’s worked his way up to the White House. But then he goes on to say that maybe Tucker has become a “modern-day Steve Jobs” and started the Foley Corporation, a much more fitting route. In his final design, Tucker wears a rasta hat that contains his younger self’s color scheme, and has dreads and a soul patch. And of course, he has brand new tech, including targeting goggles and an epic drone bearing the Phantom logo.

While drawing Sam, Hartman states that she would age up to be Danny’s sidekick in ghost fighting. In his first experimental drawing, he gives her an arsenal of guns and a sleek uniform to give the image of her being the Black Widow to Danny’s Captain America. In the second drawing, she gets a more hipster, everyday vibe as an update on her goth style from the early 2000s. The third one simply ages up the old Sam and gives her a jacket, while the fourth goes full-superhero and gives her some ghost-fighting armor in a Lara Croft style.

Sam’s final design is a stellar mix of all the previous ones. Her original colors are switched around, and she gets a purple leather jacket and some updated weapons. But it’s the little touches of a Phantom logo pin and Maddie Fenton’s old goggles on her head that really make her new outfit amazing and ready for ghost hunting.

Last but not least, Hartman draws Danny Phantom, saying that his ghost uniform would age up with him. The first couple of versions feature armored outfits, more muscular bodies, and somewhat longer hair. The second one specifically is inspired by the Marvel cinematic universe and Captain America. The third draws elements from Dark Danny, Danny’s alternate future evil self, and gives him much longer hair and a cape. It also gives a cool nod to one of the original designs of Danny Phantom with a utility belt. His final design is a mix of the rest, with Dark Danny’s long hair and a slimmer black-and-white outfit with green accents, including the Phantom logo. The coolest part, however, is the new Fenton Glove, which puts the previously cumbersome Fenton Thermos used to catch ghosts right on Danny’s wrist.

All these outfits are still subject to change, of course, if the show does get a reboot. But it’s Hartman’s final words while drawing Danny that make that possibility seem more likely than ever: “Who knows? You might just see that actually animated someday.”

Is everyone happy about this? No. There are plenty of phans who have doubts about how a reboot would hold up against the original run, especially considering the sour taste left by the subpar series’ finale. But if that’s addressed appropriately, then perhaps a potential reboot will be just as promising as the trio’s new outfits.

Astro
AstroPhantom
Chrissie "Astro" Miille is a Fan Contributor for FANDOM and an admin on the Danny Phantom Wiki. When not watching Danny Phantom, Voltron, DuckTales, or Star Trek, she's usually neck-deep in another fandom, listening to Michael Jackson, writing, or stargazing.