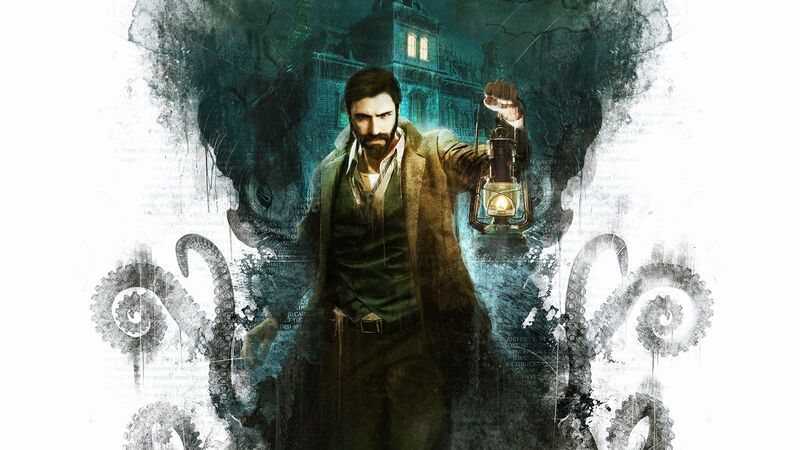 ‘Call of Cthulhu’ Review: Two Sides to Every Canvas

Before we had massive immersive worlds to roam like Red Dead Redemption 2 or the upcoming Fallout 76, gamers would lose themselves in tabletop RPGs. These deceptively simple-looking games would rely almost solely on the imagination of the participants to craft a unique, personal adventure. But as is so often the case when recreating these pen-and-paper games for the digital age, that boundless creativity can get a bit lost in translation.

Cyanide Studios’ efforts with Call of Cthulhu regularly suffer because of this. While the tone is expertly nailed and the team’s enthusiasm for the project is clearly apparent, the ambition falters, and the narrative soon becomes lost in its own murky shadows.

Boston’s Not So Finest

Much like Headfirst Games’ Call of Cthulhu: Dark Corners of the Earth, the story begins with an investigation that gradually descends into madness. You play as Edward Pierce, a World War 1 veteran turned down-and-out private investigator, who spends his days drinking whiskey, smoking cigarettes, and conjuring up lucid nightmares while curled up on his couch.

As Pierce struggles with his sanity and (his bank balance), a wealthy entrepreneur Stephen Webster suddenly shows up on his doorstep with a proposition. Horrifying painting and traumatic tale about his daughter in tow, the mysterious Mr Webster tries to convince Pierce to visit the remote island of Darkwater, just off the coast of Boston, to discover the truth about Sarah Hawkins and her family.

Once you eventually dock and begin to take in the sights of this small harbour town with its ancient shipwrecks and eviscerated sea life, it soon becomes clear that this is a game eager to make an impression. Thanks to a powerful aesthetic, coupled with strong voice acting, Call of Cthulhu really does set a terrifying tone for the adventure ahead, even if its glorious-looking in-game engine is often at odds with its grainy-edged cutscenes.

Inkspector Pierce Is on the Case

One of the big selling points of Call of Cthulhu is its skills and sanity system. As you earn character points over the course of the game, you can invest them in core attributes to broaden your conversational topics and observation skills. Equally, the amount you drink and deeper you delve into the occult, the more susceptible you’ll be to the vulgar entities that torment you.

For example, adding points to Pierce’s strength enables him to use brute force to move an object or break something instead of solving a puzzle. This can also introduce intimidation tactics when you’re in a heated situation. Alternatively, if you choose to add points to the Hidden Spots attribute, you can actually find extra clues you wouldn’t normally be able to see, which can add further context to the investigation.

As you progress through each of the games’ chapters, you’ll continue to gather more clues, information on individual character profiles, new inventory items, and a greater overview of the case you’re trying to solve through the categorising of the places and suspects. It can come at a cost, though, as Pierce’s mental state is affected by what he sees over the course of the game. The more interactions he has with the otherworldly, the less stable his sanity becomes.

One on One With the Great Old One

Call of Cthulhu constantly wrestles with itself as it tries to figure out the type of game it wants to be. Cyanide Studios try to keep the action fresh by introducing you to new areas, adding intriguing cast members, and even throwing in some new mechanics. The journey certainly isn’t a dull one. It continues to blur the line between horror and thriller and, ultimately, it’s one you’ll want to see through to its conclusion.

As we already discussed at length in our earlier impressions there is a lot of promise in the opening hours of Call of Cthulhu. Between the introduction of the skills and sanity meters, freedom to carve out your own route, and the reconstruction of events throughout your case, on the surface, there is a lot to unpack. As you progress through the story, these decisions seemingly impact the type of dialogue choices available to you and how you approach puzzle solving in the game.

But the further you progress, the less obvious your contributions to the world become and the more linear the route appears. There are several big decisions to be made — though their relevance to the overarching plot is questionable — and the game does offer multiple endings, seemingly without factoring in your choices throughout. Eventually, it becomes quite clear that the supposedly varied environment cultivated for the player takes a back seat to the game Cyanide Studios actually want you to play.

Call of Cthulhu is first and foremost a narrative adventure, but there are plenty of puzzles to solve over the course of its ten-hour duration. Some of them require a bit of investigation and lateral thinking, others boil down to pure dumb luck. This is a big part of our frustration with the game, as there’s never any consistency or certainty as to what you’re going up against.

As an example, one chapter has you move from one room to the next to collect a specific item. So as to avoid spoilers, we’ll just say that this item must be carefully collected from a vast collection and is then used to progress the story. The problem is, you only have one real chance to find it before needing to reload and start over. It’s basic trial and error as opposed to requiring you to think about what you’re doing or having some form of mechanic to memorise or benefit from.

Speaking of mechanics, Call of Cthulhu also contains one of the worst shooting sequences we’ve seen this generation. Again, we won’t explain the context due to spoilers, but the shots fired lack any sort of force or impact. There’s no need for accuracy since the shots auto-lineup and you can shoot at pretty much any body part to instantly kill your enemy. To make matters worse, you’ll eventually run out of bullets and be forced to run through the rest of the chapter, hoping you don’t get caught.

Some sections feel forced and tacked-on. Almost as if Cyanide didn’t really want to add them, yet for some reason felt obliged to offer a rounded action-adventure. But Call of Cthulhu is always at its strongest when it’s gradually building tension or having you creep through the shadows to stay out of sight from comparatively overpowered horrors.

Is Call of Cthulhu Any Good?

Call of Cthulhu really is a game of two halves. The first half is an enjoyable horror mystery with non-linear investigating and well-paced storytelling in an appropriately established setting. The second half is a mess, narratively and mechanically. The choices you deliberate over seemingly come to nothing, characters you’ve met over the course of the game end up with gaping plot holes, and some of the design choices fall completely flat.

The year is drawing to a close and is suddenly packed with incredible, massive experiences to delve into. Call of Cthulu’s shorter duration might seem a more enticing prospect in light of that, despite its jump scares and psychological mind games. It’s far from perfect and often struggles under the weight of its own aspirations, but once the adventure starts, you’ll struggle to put it down.

Ray Willmott
RayWillmott
Ray has written about games for nine years for various gaming outlets and will play just about anything. He even reviewed a Barbie game one time and still has the scar.