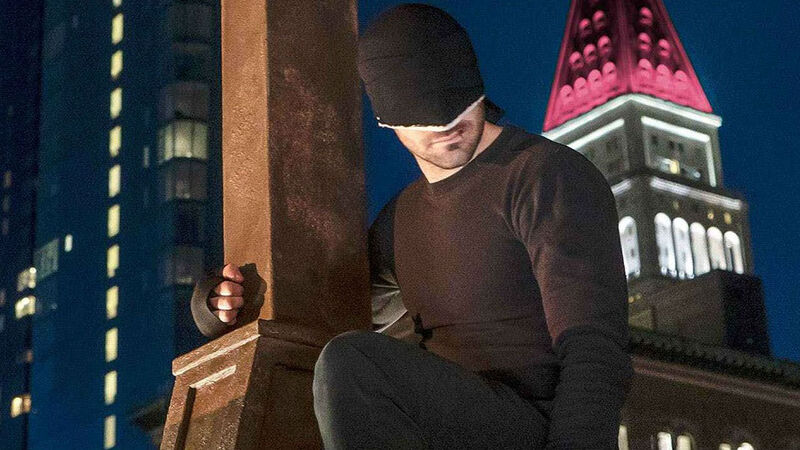 Are Matt Murdock’s Days as Daredevil Numbered in Season 3?

At the beginning of Daredevil Season 3 — following the events of The Defenders finale — we find Matt Murdock physically destroyed and mentally beaten. A broken warrior in need of rebuilding. Mortal heroes don’t last forever as comic book fans know, which begs the question — will Matt Murdock always be the star of Netflix’s Daredevil as his body continues to endure traumatic punishment?

I had the chance to catch up with Daredevil showrunner Erik Oleson, Marvel Executive Joseph Loeb, and this season’s cast with October 19th’s release looming. A topic of conversation — out of pure intrigue — brought us to the subject of Matt Murdock’s future wearing the red devil suit. One man can only take so much inflicted pain, and anyway, does the man maketh the mask? Or vice versa?

Charlie Cox (Matt Murdock): “At the beginning of Season 3 there’s a real chance of [giving up] — but it’s such a tricky question because it depends on how you define Matt Murdock and how you define Daredevil. It’s a subjective question because people have different definitions of ‘what is an alter-ego.’ Is it the same person? Is it a different person? If we were to go on and make more seasons of Daredevil, I don’t think it’s going to be all sunglasses and photographs.”

Erik Oleson (Showrunner): “That’s part of the journey you’ll experience in Season 3. Matt Murdock’s iconic because he comes with built-in contradictions. He’s a lawyer who’s also a vigilante. He’s a Catholic, moral person who dabbles in, basically, playing God. He’s a vigilante in a suit going out and beating up criminals, and yet, he’s a human being, Matt Murdock, with friends in his life and people who care for him whom he also cares for. That is the inherent playground of this character, and I think that his ability to reconcile those different pieces of himself is the constant struggle for Matt Murdock.”

Deborah Ann Woll (Karen Page): “That’s the hard thing. When someone’s going through something, and the choices they’re making are self-destructive, both options are valid. You have to care for yourself at some point and say do I have the strength to keep pushing through this to see the person I know, who is hurting, on the other side? Or is this person dragging me down with them, and do I cut my losses? Take care of myself? Anyone in any situation is entitled to either decision. I think it’s more critical for Karen, in this story, who has no ties to anyone, who is drifting alone, that she does find it in herself to commit to people even when it seems that they’re pushing her away.”

Erik Oleson: “I think Matt Murdock is held back. Ironically he is the man without fear, and yet there is a fear at his core being which is driving his behavior this season. The principle that we can only be free when we confront our fears because our fears are what enslave us plays into Matt’s story arc this season. I won’t tell you what that fear is, because Matt isn’t even aware of what that thing is that’s holding him back, but I think that Matt will rebuild himself. It will be a painful journey, an introspective one, and one where he is forced to reconcile the limitations of what he thinks he could do as a solo warrior out in the world versus what the rewards and costs would be of having other people assist him in that endeavour.”

Erik Oleson: “Coming into Season 3, just in the psychology of Matt, first of all, the suit was damaged by the falling building in The Defenders. That was a natural, organic way to save his life. They would’ve had to get him out of that suit.”

“Part of it was also the symbolic nature of Matt at a real low point. Really, truly, the lowest that we’ve seen him thus far on the show, in Episode 1 of Season 3; spiritually smashed, physically smashed, emotionally smashed.”

“The black suit is very organic to where [Matt Murdock] is staying in the donation bin of the church. It felt real. Charlie Cox is very keen — and I use the word ‘keen’ because he’s British — very keen on emotionally honesty. That was really great because I like writing from that place, emotional honesty, so it felt like a natural choice. Then it gave us the opportunity to get to what you saw in the trailer, which is that, well, if [Matt Murdock’s] not gonna wear that red suit, that leaves that mantle open for somebody who might manipulate it to his or her own ends.”

The Return of Wilson Fisk

Elden Henson (Foggy Nelson): “I can tell you it puts a strain on Foggy’s family.”

Jay Ali (Ray Nadeem): “Once my character figures out what [Wilson Fisk] is up to, and how deep I am into this hole, it causes huge problems — but it also forms alliances that you wouldn’t see, as well.”

Vincent D’Onofrio (Wilson Fisk): “I can’t imagine in our world, the Daredevil show, there’d be a bigger baddie [than Wilson Fisk].”

Jeph Loeb (Producer): “If Wilson Fisk was going to return, it had to be under a certain kind of circumstance that would be even more of a wrecking ball. Getting Vincent D’Onofrio to return and you’ve seen in the trailer where he says ‘I wanna make a deal,’ it certainly is a deal that imperils every single one of our cast members.”