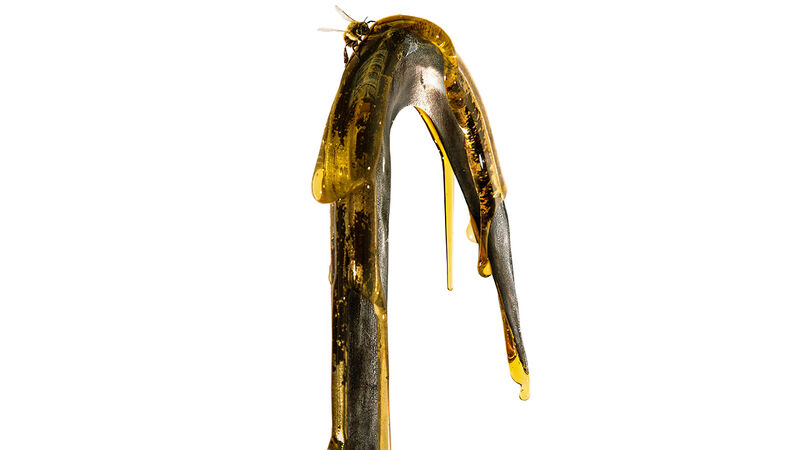 Candyman is back! The classic 1992 horror film — itself based on a story by Clive Barker — spawned two sequels, but it’s been over 20 years since a new story has been told. That changes in June though, with the release of the new Candyman, which producer Jordan Peele and director Nia DaCosta both describe as a “reimagining of the story.”

Peele and DaCosta were on hand at a press event debuting the trailer for the film (seen below), where Peele remarked, “My connection to Candyman is pretty simple. It’s one of the few movies that explored any aspect of the black experience in the horror genre in the 90s when I was growing up. So it was a real perfect example, an iconic example to me, of representation in the genre. It inspired a reimagining of this story that I’m very excited about.”

As for bringing in DeCosta, Peele described her as, “A woman that we are extreme fans of at [Peele’s production company] Monkeypaw. When we met her we started geeking out about Bernard Rose, the director of Candyman, plus Clive Barker, David Cronenberg… It became very quickly apparent that she was uniquely suited to direct this film. And the fact that we are huge fans of her film, Little Woods, that came out last year.”

DeCosta said she couldn’t remember a time before Candyman, explaining, “I can’t remember the first time I watched the film! The first thing I remember about Candyman was being dared to say the name in the bathroom of my middle school, which was right next to the projects, because I grew up around the projects. So I was always across the street — no matter where I moved — I was always across the street from projects. I remember is that Candyman was absolutely real, definitely, in the projects, and could be anywhere, including my bathroom at middle school because you just say his name and he appears. So that’s really what I wanted to bring back, the idea that he is omnipresent and can haunt a neighborhood.”

Cabrini–Green: Then and Now

The original Candyman was set within the real-life Cabrini–Green housing projects in Chicago and DaCosta noted that when it came time to make their version of Candyman, gentrification was a key theme, explaining, “Gentrification in the film is what helped us to reimagine the story because Cabrini-Green is gone.”

She noted, “The movie from the 90s has a vision of Cabrini-Green where it’s sort of on its way to being knocked down. So going back there and seeing what’s happened around that area — there’s an Arclight [movie theater] really close to where it used to be now! There’s a lot of development in that area because it’s been torn down. So what we do in our film is talk about the ghosts left behind because of gentrification, particularly Cabrini-Green, and that’s how we find our way into the reimagining of Candyman.”

DaCosta had high praise for her Peele, who wrote the film with DaCosta and Win Rosenfeld, saying, “What was useful about working with Jordan is that he’s so good at bringing social issues to the fore in genre and particularly in horror. That was already something I knew was going to happen. The original Candyman does that really well. What we were able to do, because thirty years has passed, and there’s been so much change in the neighborhood through gentrification, was really dig into the themes that were already there. In the original film, they were already talking about the new buildings being built and the way projects were built and moving between mirrors and apartments and how crime was able to happen because of how poorly those buildings were made versus the high rises made for the middle class. So we talked a lot about all of those things. And also the fun of the original film was something we wanted to bring back. It’s great to talk about these things, but it is a horror film, after all, so we wanted to do what the original film did, which was be audacious, be fun, but also be meaningful.”

Echoes of the Past

Tony Todd, who starred as the title character in the original and its two sequels, has become an important part of horror history as Candyman, and DaCosta clearly had a lot of affection for him, saying that among her memories of Candyman was, “Tony Todd being that dude, that was huge for us to have a black antihero or villain — a black person in general who made it to the end of the film was really important!”

But that being said, does the actor actually appear in this new movie alongside cast members like Yahya Abdul-Mateen II (Watchmen), Teyonah Parris (WandaVision), and Colman Domingo (Fear the Walking Dead)? And if so, who does he play?

Asked that question, DaCosta replied, “Well, well, well…” and said, with a grin, “I really love Tony Todd. He’s iconic.” But as to any specifics, she started to say a bit more, then stopped herself in an amusing way. “I will say, what we’ve done with this film is… great! Tony’s great. Jordan’s great. And I don’t want to give anything away!”

Another memorable aspect of the original film is its score by Philip Glass. DaCosta said she is a big fan of the composer, noting, “The only thing I can play on the piano is actually Philip Glass. It’s one-third of a Phillip Glass song.”

Regarding the music in this new film, “We definitely talked about that a lot. We wanted to do something that was a nod to [Glass]. Not just in terms of how it sounded and the repetition of the piano but also in terms of how unique it was. So what we’ve done is brought a composer on, Robert A. A. Lowe, who is really fantastic, really idiosyncratic, to give you something that is reminiscent of the original but his wholly new on its own as well.”

The trailer uses an ominous version of Destiny’s Child’s 1999 hit “Say My Name,” and on the heels of Peele’s own Us using an ominous version of “I Got 5 on It,” DaCosta was asked if all 90s R&B-flavored songs were being given a scary makeover. Replied the director, with a laugh, “The 90s were a scary time!”

The Candyman trailer is green band, approved for all audiences, and thus can’t show just how R rated the film will be, but asked how far she pushed things, DaCosta let it be known, “I really love gore. It’s something Jordan and I talked a lot about. Because what’s fun about working with Jordan is that our horror aesthetics are different. Jordan’s really good at not showing everything and my instincts are to do the exact opposite. So it’s really funny answering that question because it’s something I thought about a lot. But there is a good amount of just… things you don’t want to see!”