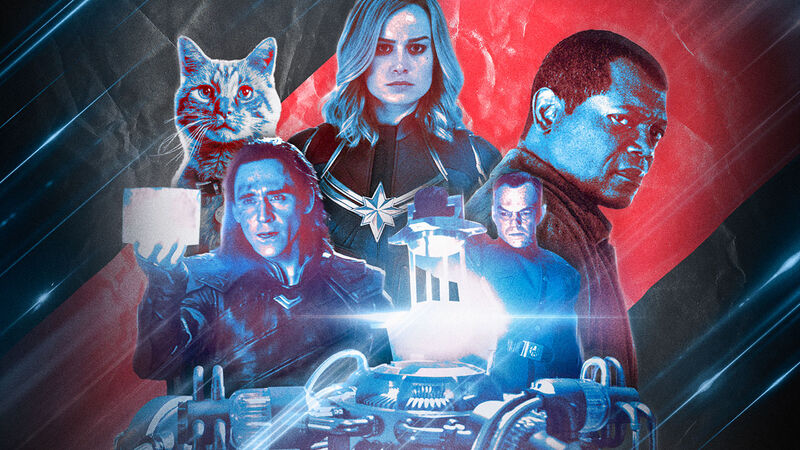 How ‘Captain Marvel’ Adds to the History of the Infinity Stones

SPOILER WARNING: The following article contains SPOILERS for Captain Marvel. Proceed at your own risk.

We’ve seen a lot of notable objects in the Marvel Cinematic Universe, but one of the most noteworthy has been the Tesseract. The Tesseract is known throughout the MCU as an incredibly powerful object that was used across multiple generations, boasting amazing abilities that allowed for instantaneous travel across the universe. Eventually, the Infinity Stone the Tesseract housed, the Space Stone, was used by Thanos as part of his infamous Infinity Gauntlet, in conjunction with the five other Infinity Stones.

The Tesseract’s latest onscreen appearance was its surprise inclusion in Captain Marvel. The 1990s-set film gave us a major new piece of information on the history of the Tesseract, which had previously been seen in the World War II-era Captain America: The First Avenger and the modern day The Avengers.

Let’s take a look at what we know about where the Tesseract’s been, where it ultimately went, and the questions we have about where it was throughout the 20th Century.

The Tesseract played a key role in the World War II-set Captain America: The First Avenger, which began with Johann Schmidt, the Red Skull, retrieving the cube from a Norwegian castle in 1942, where it had been long hidden after being lost by Odin and the Asgardians. Red Skull and Arnim Zola go on to use the Tesseract to power lethal new Hydra weapons, making it all the more difficult to stop them.

During Captain America and Red Skull’s final confrontation onboard an airplane, the Skull directly touches the Tesseract — something ill-advised for all but a select few — which sends him hurtling into the Nine Realms. Meanwhile, the Tesseract itself falls through the plane’s floor and into the ocean — only to soon be retrieved by Captain America’s ally, Howard Stark.

As first glimpsed in a post-credit scene in Thor and then later greatly elaborated on by The Avengers, Nick Fury and S.H.I.E.L.D. have possession of the Tesseract by 2012, though it would be stolen by Loki as a key component in his attack on Earth, with its power used to open a portal allowing the Chitauri to invade New York. After Loki is defeated, Thor takes his brother and the Tesseract back to Asgard, where it remains until Loki steals it once more at the end of Thor: Ragnarok.

Ultimately, Thanos, in his quest to gather all six Infinity Stones, attacks the Asgardian refugee ship holding Loki, and destroys the Tesseract cube in order to add the Space Stone inside it to his Infinity Gauntlet.

Set in 1995, Captain Marvel adds a big new component to the Tesseract’s history when Carol Danvers, Nick Fury, and their Skrull allies discover the object onboard the ship that belonged to the Kree scientist Mar-Vell before her death. As it turns out, Mar-Vell was using the Tesseract to power her revolutionary experiments into light speed — which would inadvertently turn Carol Danvers into Captain Marvel when the Tesseract-powered engine for Mar-Vell’s test ship exploded and Carol was caught in the blast.

With the help of the Flerken, named Goose, Fury was able to get a hold of the Tesseract during a confrontation with the Kree on Mar-Vell’s ship. Soon after, Captain Marvel asked him to keep and protect the Tesseract when she departed Earth.

What We Don’t Know

Captain Marvel is set 13 years before the events of Iron Man and Nick Fury actually beginning to assemble the Avengers. The easy assumption is that once we see Goose regurgitate the Tesseract on Fury’s desk in Captain Marvel’s post-credit scene, it stays in S.H.I.E.L.D.’s possession until Loki takes it in The Avengers. But how did it end up with Mar-Vell in the first place?

The last time we saw the Tesseract in the MCU timeline prior to the events of Captain Marvel, it was with Howard Stark. About 50 years separate those two occurrences, which means there are a ton of possibilities for the Tesseract to have been moved around or stolen in-between. But it’s worth noting that both Howard Stark and Mar-Vell’s human alter-ego, Dr. Wendy Lawson, worked for the government in some capacity and could have easily come into contact with one another. Lawson’s work for Project P.E.G.A.S.U.S. — which would eventually be under the jurisdiction of S.H.I.E.L.D., as first established in The Avengers — also make it possible Lawson and Stark knew one another. Even if P.E.G.A.S.U.S. and S.H.I.E.L.D. operated independently in the 1980s, they clearly have some ties — Fury uses his credentials to gain access to P.E.G.A.S.U.S. in 1995 after all — and Howard was one of the founders of S.H.I.E.L.D.

Howard was killed by the Winter Soldier in 1991, two years after the botched test flight that ended with Mar-Vell’s death and Carol gaining her powers. If Mar-Vell had simply stolen the Tesseract from Howard, then it seems as though Howard would have done whatever he could to retrieve it. But what if he gave it to her willingly? Whether it was because he wanted to help “Wendy Lawson” complete her invention — and perhaps saw his own uses for light speed travel — or because he learned more about her true identity and her noble cause and became invested. Though there’s also the possibility Howard had long ago simply given the Tesseract to S.H.I.E.L.D. or Project P.E.G.A.S.U.S. for their studies, and never knew Lawson/Mar-Vell.

What is notable though is that Fury seems to have no prior knowledge of the Tesseract before he sees it in Captain Marvel, nor do we ever hear that it was designated missing — despite being up in space for at least six years. It’s highly unlikely either Howard, S.H.I.E.L.D., or Project P.E.G.A.S.U.S. would just not notice an object as powerful and dangerous as the Tesseract being gone that long, but it does raise questions about who even knew of its existence prior to Lawson/Mar-Vell managing to obtain it. Perhaps it was an even more secretive object than it becomes by the time we see the Project P.E.G.A.S.U.S. facility packed with people working on it or guarding it in The Avengers.

With most franchises, one might assume we’d never get answers on the specifics of how the Tesseract went from Howard to Mar-Vell, but the Marvel Cinematic Universe continues to expand in almost unprecedented ways, with many more films and TV series in the works. So we may see more of that blue cube yet… Just where was it exactly during the disco days of the 1970s, anyway?!