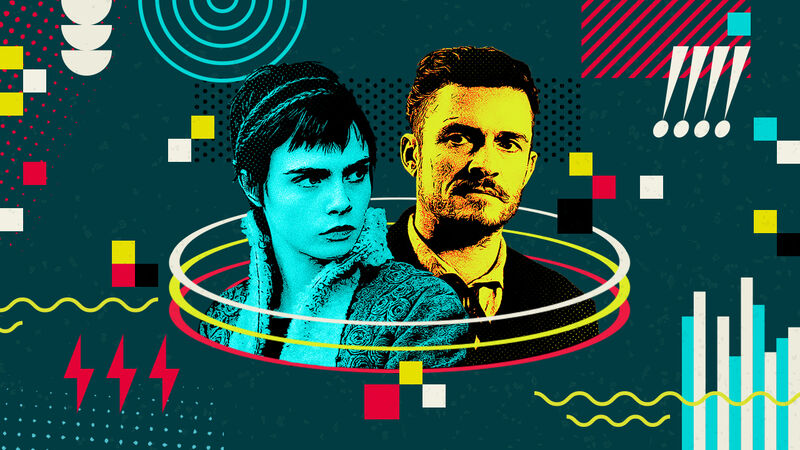 Five Things We Learned At The Carnival Row SDCC Panel

One of Amazon Prime’s upcoming streaming offerings is Carnival Row, a neo-Victorian tale about a society where humans and mythical creatures struggle to coexist, starring Orlando Bloom and Cara Delevigne. We were able to attend the San Diego Comic-Con panel for the show, and here is what we learned about the series.

The Luck of the Irish

Carnival Row borrows heavily from Irish mythology. The Fae hail from the land of Tirnanog, an Africa sized continent filled with different cultures. After a war with humanity, they were driven away, becoming unwelcome refugees in England. But the names aren’t where the nods to Irish culture end. Writer Travis Beachman based the central conflict of Carnival Row on Ireland’s history of colonialism during a time when “colonialism” and “imperialism” were words directly used to describe conflicts between Ireland and England.

If this seems very of the zeitgeist, The Mayor of San Diego may agree. According to Orlando Bloom, Mayor Kevin Faulconer visited Amazon’s Carnival Row activation at SDCC. From what Bloom was told, once the mayor’s hand was marked “creature” and he was separated from humans and given the full copper treatment by the activation actors, he immediately left. During the panel, both Bloom and Delevigne offered an open invite to personally take Mayor Faulconer through the activation before the convention ends on Sunday.

Exploration of the Shadow Self

Orlando Bloom’s character, Detective Rycroft “Philo” Philostrate was a veteran of the war between the Fae and the humans. During this war, he fell in love with Delevigne’s Vignette Stonemoss, a faerie. Creature/Human relations are forbidden in the world of Carnival Row. By the time we enter the story, not only are they no longer together, but their relationship has turned contentious. Vignette know’s Philo’s secrets and isn’t shy about reminding him how quickly she could use those secrets against him. He spends part of the series investigating the death of a showgirl on Carnival Row, a seedy area where fae and humans freely intermingle. Bloom was excited to take on a dark role, as a way to explore his “shadow self”.

Executive Producer Travis Beacham (Pacific Rim) has been working on Carnival Row since college. Written during his time in film school, he never thought it would be more than that. Surprisingly, it wound up being the script that would get him work. Five years ago it was suggested to him by Legendary that he shop it as a television show. He never approached networks, going straight to streaming platforms. He and writer Marc Guggenheim (Arrow) presented Amazon with what they called their “irresponsible” pitch: one where they explored all possible avenues. Amazon enthusiastically approved, offering support and a big budget.

When you have talent like Nick Dudman, make-up effects and creature designer for the Harry Potter movies and designer of the 1989 Batman Joker makeup, you can expect a high level of detail to the creatures.

The faerie wings are a mixture of CGI and practical effects. Flying is forbidden, so during the day, the wings are bound with corsets. It’s important to the story to emphasize that wings are an appendage. If a faerie falls, how might they use them to help regain their balance? What does the loss of this body part mean for the faerie? These all have to be considered in the design.

For David Gyasi to become Agreus, a puck, involves the application of horns and extra muscles for his legs. Breathable fur that moves is then applied on top. The process can take anywhere from 3 to 5 hours.