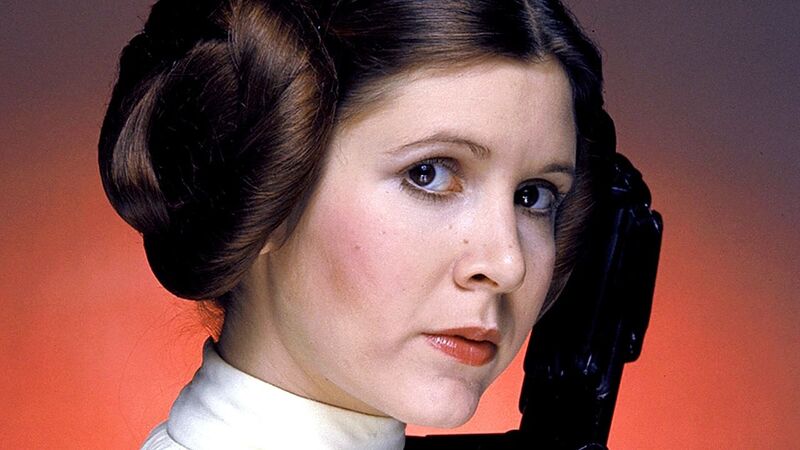 2016 has taken a lot of incredible, influential people from us, but none of them hurt quite like this. Carrie Fisher, feminist icon, brilliant author, and mental illness advocate passed away at only 60 years old.

I will never forget the first time I saw her, her hair done up like pastries on the side of her head, wearing a long white dress. I was only six or so, and I remember how instantly inspired I was when she mouthed off to her would-be rescuers: “Somebody has to save our skins.”

Here was a princess who didn’t need rescuing. Leia was no damsel-in-distress. She wasn’t like the Disney princesses my friends adored – girls who needed a prince to survive. By the time I got around to Return of the Jedi, I had found a hero I could believe in. Leia was a tactician, a fighter, a leader, and she got the cute guy at the end. What wasn’t there to love?

As I grew up, I learned more about the woman behind Princess Leia. Born to Hollywood royalty, her family life was disrupted early on when her father, Eddie Fisher, left her mother, Debbie Reynolds, for Reynold’s close friend, Elizabeth Taylor. Her mother remarried the next year to a shoe-store owner who drained the family’s savings.

Fisher hid from the madness of Hollywood in books and writing. She fell in love with the arts at an early age and dedicated her life to it. While I certainly didn’t have her childhood, I could understand her deep love of the written word. She said it best herself in an interview with the A.V. Club:

“I always wrote. I wrote from when I was 12. That was therapeutic for me in those days. I wrote things to get them out of feeling them, and onto paper. So writing in a way saved me, kept me company. I did the traditional thing with falling in love with words, reading books and underlining lines I liked and words I didn’t know.”

Carrie Fisher was my real-life Belle from Beauty and the Beast. A beautiful bookworm who struggled with pain that was shameful to express publicly. She did it anyway, speaking and writing candidly about her mental health. She taught me that there was no shame in surviving mental illness. When she spoke openly with Diane Sawyer about her bipolar disorder, I was only beginning to understand my own anxiety and depression. For the first time, I wasn’t embarrassed when I had to tell people that I was too anxious to go to a school dance or a party. My hero of heroes, Princess-freaking-Leia, suffered the same way I did, and she wasn’t ashamed at all.

“I am mentally ill. I can say that,” she said to Sawyer. “I am not ashamed of that. I survived that, I’m still surviving it, but bring it on. Better me than you.”

The media and internet loved to throw shade at Fisher, commenting on her mental health, drug abuse, or later, her weight. She took it all in stride and told off her haters with wit and grace. She navigated the paparazzi like a seasoned professional. Sometimes she worked behind the scenes on films instead of in front of the camera, working as a Hollywood script doctor.

Often, she fell in love with other artists, including musician Paul Simon and comedian Dan Aykroyd. She was a single mother, raising daughter Billie by herself after Billie’s father, talent agent Bryan Lourd, left Fisher to be in a relationship with another man. Through it all, she maintained a love for herself and those who needed her love.

A close friend of mine was able to meet Fisher at a convention a few years ago. Fisher was her hero, too, and she entered the photo room shaking and trying to think of anything to say to her icon. Fisher pulled her close, hugged her tight, and rubbed her back. “It’s okay, sweetie,” she said. “I’m just a person, just like you.”

That was the essence of Carrie Fisher, all wrapped up in a single sentiment. She was born into fame and rose until she was a cultural icon. Instead of letting all of that go to her head, she used her voice and her power to help others. She reminded us, time and again, that we’re all just human.

Earlier this year, Harvard University gave Fisher its annual Outstanding Lifetime Achievement Award in Cultural Humanism, noting that “her forthright activism and outspokenness about addiction, mental illness, and agnosticism have advanced public discourse on these issues with creativity and empathy.”

The world feels a little less bright without Fisher in it. May the Force be with you, Carrie. Thank you for inspiring us all.