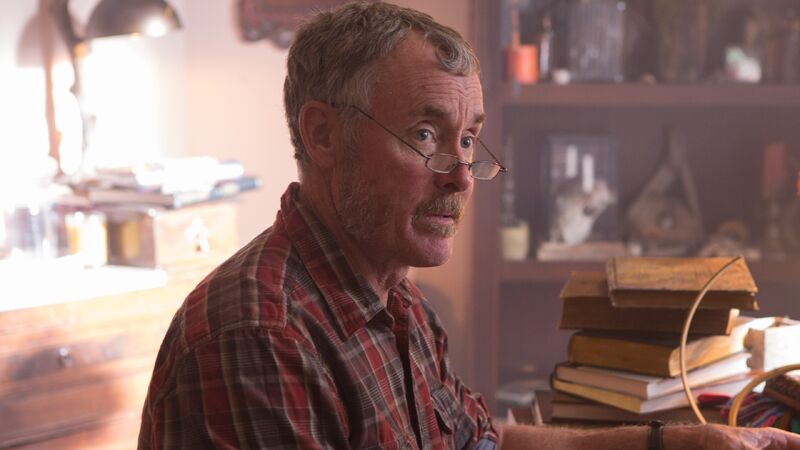 How Fandoms Shaped the Making of ‘Stan Against Evil’

We’re all fans of something, whether it’s Star Trek, the Pittsburgh Steelers or building model airplanes. For the cast and creator of IFC’s Stan Against Evil, their own fandoms brought unique perspective and life to the show.

“Hopefully we admire somebody. I think it’s sad when you talk to somebody and say, ‘who are your heroes?’ and they say, nobody,” John C. McGinley, who portrays the titular Stan, said.

Some of the show’s influences are more obvious, like showrunner Dana Gould’s love of An American Werewolf in London, but others might surprise you.

Gould has made no bones about the fact that tonally, Stan Against Evil draws directly from John Landis’ An American Werewolf in London.

“I love John, I’ve had the pleasure of working with him, and he’s so smart. What he realized is, if you told a traditional horror movie but just had people behave normally and not in a stylized way, you don’t need to write them funny because people are funny. People are funny normally, in real life,” he said of the series’ tone.

“I took a sitcom and placed it in a horror movie,” he said.

Other inspirations for Stan Against Evil? Quentin Tarantino’s dialogue (“having a gunfight and talking about pancakes”), Stephen King’s 11/22/63 and Pet Semetary, the Korean film Will You Be There?, Star Trek 3: The Search for Spock, and The X-Files.

“The show is like The X-Files. We have mythology episodes and we have stand-alones. The first two and last two of this season are all mythology.”

The Bunkers and The Boss

McGinley is a vocal fan of Bruce Springsteen, and while he doubts they’ll ever get The Boss on Stan Against Evil, he acknowledges the singer’s influence.

“The way he impacted me and imprinted on me included how stories are told because he’s like [Bob] Dylan, he’s one of the great storytellers,” he said. “I feel like I bring Bruce with me to everything I do, whether it’s subliminal or very much on purpose.”

Stan’s heroes, on the other hand, include U.S. General George S. Patton, George C. Scott, and Archie Bunker from the ’70s sitcom All in the Family. It’s Bunker and his wife Edith, however, that McGinley draws the most inspiration from.

“I have borrowed unabashedly from Carroll O’Connor’s archetype with Stan,” he said, sharing a story about going on Norman Lear’s podcast to chat about the actor.

“Stan can’t just be a jackass or you’ll change the channel. There has to be something redemptive about him,” McGinley said. “It’s Claire. I told that to Norman Lear, and then he told me this incredible story about Archie and Edith, about their relationship. The only reason we care about Archie is because of Edith.”

Claire isn’t the only important woman in Stan’s life, and both Gould and McGinley acknowledged that while it’s technically Stan’s show, Janet Varney’s Evie is the true protagonist.

“Do you know what a screwball comedy is?” McGinley asked. “It’s comedy, the protagonist has to be a female, and she is the smartest and she’s driving the scene. Janet drives the scenes. Writers have to have some spine to be able to write that, and to have somebody as skilled and agile as Janet is to be able to execute screwball.”

While McGinley is clearly a fan of his costar, Varney shared some of her own heroes.

“Just as a girl who grew up liking superheroes and wanting to have more examples of that stuff, I feel like it’s also reassuring that because there’s so much great TV on now, the characters that people are developing and writing are so complex,” she said.

Varney is glad that “strong women” have evolved beyond just kicking butt in tight suits, and mentioned the women she’s looked up to the most.

“Holy crap, I mean Sigourney Weaver in anything. From Working Girl still, she can be in a cast and be a bitch and I’m still like “she’s the best”. I love her so much,” she said.

Varney also went through a serious Jodie Foster phase as a teen, she said, and in comedy looks up to Terry Barr and Madeline Khan.

“My dad showed me Young Frankenstein when I was a kid and it was my favorite movie for a long time. Those women just blow me away.”

Check out all of these amazing influences and more when Stan Against Evil returns on IFC on November 1.

Stay up-to-date with New York Comic Con news and all your favorite fandoms with our new FANDOM app. Download now on the Apple iTunes store or Google Play.