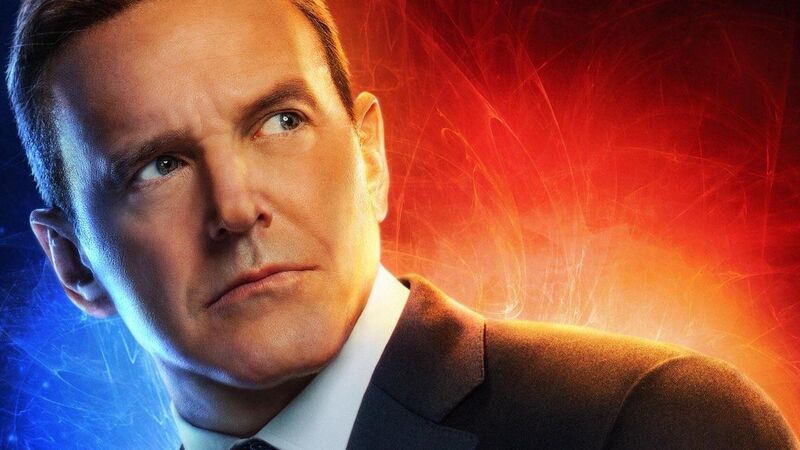 Clark Gregg’s Idea for a New Marvel One Shot

Few actors have experienced the Marvel Cinematic Universe like Clark Gregg. From Iron Man through Agents of SHIELD and now Captain Marvel, Gregg has a perspective all his own. With the arrival of Captain Marvel, we were able to pick his brain on Agent Coulson, the MCU, and the future (and possible past) of SHIELD.

A Historic Role (And a role full of history)

Clark Gregg’s Agent Coulson became a unifying character in the MCU, weaving his way through the story of Phase 1. On his experience, Gregg said, “I’m so thrilled to be part of it… 2008, I thought, this guy is cool, [Robert] Downey is as amazing as I thought he would be. He’s got an incredible car, he’s got a flying suit and he’s a sexy billionaire, what the hell? I did a bit in Iron Man 2 and they said ‘You’re going to go find Thor. You’re going to find his hammer.; And I was like [whispering] ‘Shut the **** up.’”

On witnessing the process firsthand, he said, “Just to watch, as a creative, the way that they brought in such an amazing collection of filmmakers, starting with Jon [Favreau], who really did a lot to build the model in my opinion. Then through Joss [Whedon] and James [Gunn], the Russo Brothers, Kenneth Branagh. All of these people. The way that they’ve managed to build all of these different worlds and then periodically fuse them together. Do the whole HYDRA stuff in Captain America and to be on a tv show where that rippled across our show. It’s incredible what they’ve accomplished and I feel really lucky to be a part of it.”

Where Are They Now Then?

Captain Marvel takes place in the ’90s, and it’s the first chronological MCU appearance of Agent Coulson, Nick Fury and SHIELD — we first saw them on screen in 2008’s Iron Man. That’s no small gap. We asked Gregg what his thoughts were on what Coulson, Fury and SHIELD were up to in the intervening years. He responded “My fantasy is that the idea of the Avengers Initiative is born here, but then [Captain Marvel’s] gone. So what kind of horrible superhero dates have me and Nick Fury been on with various clowns and clownettes from around the globe claiming to have powers?”

Gregg, who previously starred in the MCU Marvel One-Shot shorts The Consultant and A Funny Thing Happened on the Way to Thor’s Hammer, added, “I really want to see that short. ‘So what does this guy say he does?’ ‘He just never takes a shower. And nobody can get close to him. He can make people faint.’ ‘…I’m going back to the car. You go talk to him.’”

Coulson was killed in The Avengers, only to be resurrected in Agents of SHIELD – something the Avengers still don’t know about. Said Gregg, “I have always fantasized that poor Phil Coulson walks in, maybe in the early days of Agents of SHIELD. Still in the dark days of realizing he was brought back [from the dead] and feeling kinda bad about it when he’s realizing the Avengers have all been lied to. Then just walking into a deli and bumping into Steve Rogers. Just how ugly that would get very fast. ‘I got some ‘splaining to do.’”

The Future of SHIELD

Since Gregg is one of the experts on the journey of SHIELD in the MCU, we asked for his best guess on the future of the organization. “My theory is that after The Avengers and the Battle of New York, the game was completely changed and the mission of SHIELD changed,” he says. “My suspicion is after Endgame there’s going to be another complete reboot that involves all of the new people we know about now and all of the new threats. It doesn’t get easier for SHIELD ever.”

Captain Marvel opens in the US on March 8th.