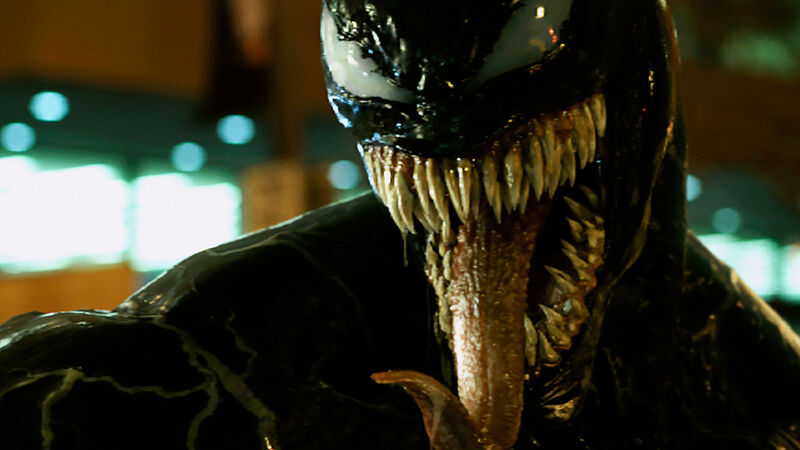 The great comic book creator Alan Moore has never been shy in sharing his belief that every story told needs the right medium. Normally he’s said this in the wake of Hollywood attempting to adapt any of his major works, be that The League Of Extraordinary Gentlemen (very bad), Watchmen (bad), From Hell (quite bad) or V From Vendetta (meh).

“I try to do things in comics,” he’s said, “that cannot be repeated by television, by movies, by interactive entertainment.”

Moore really dislikes the movie adaptations of his stories – he insisted his name be scrubbed from the 2009 adaptation of Watchmen, arguably the most loved and respected adult-focused graphic novel of all time, while he made sure any profits due to him were given to the comic’s artist Dave Gibbons. Moore, a practicing magician and occultist, even claimed to have placed a curse on the movie. But what’s often misunderstood about Moore’s dislike of said adaptations isn’t so much an irritation as to how his stories are interpreted, but that he just doesn’t think that film is the right vehicle to tell them.

“There is something about the quality of comics that makes things possible that you couldn’t do in any other medium,” Moore told The Guardian in 2009. “Things that we did in Watchmen on paper could be frankly horrible or sensationalist or unpleasant if you were to interpret them literally through the medium of cinema. When it’s just lines on paper, the reader is in control of the experience – it’s a tableau vivant. And that gives it the necessary distance. It’s not the same when you’re being dragged through it at 24 frames per second.”

Venom, We Mean You

It was hard not to think of Moore’s worldview when watching Venom, the much-anticipated live-action adaptation of the titular sentient alien Symbiote, one of Spider-Man’s greatest foes since either 1984 or 1988, depending on exactly how you view the character. The first film to be made under the umbrella of Sony’s Marvel Universe, the reasons why Venom doesn’t work are numerous – the central plot is nonsensical, the CGI is ropey, the supporting characters are listless (and yet, interestingly, the box office currently seems not to agree, the film taking around $80 million dollars at the US box office in its opening weekend and setting a new record for October, far surpassing 2013’s Gravity, which took around $55.7m). Maybe it’s just a bad film. Or maybe it was just never supposed to be a film at all.

The argument that some comic books don’t survive the translation to cinema is one backed up by the Scottish comics writer Mark Millar – who, having seen his properties Wanted (2008), Kick-Ass (2010) and Kingsman (2014) adapted for the screen, has some authority on the subject. To illustrate his views, Millar cites the failure thus far of the DC Extended Universe — now known as Worlds of DC — comparing a raft of largely bad films, and crucially, citing what is and isn’t adaptable about them, to the runaway success of the Marvel Cinematic Universe. It’s worth noting also, that Millar’s own Kick-Ass, quite a nasty little comic in truth, only survived the transition from page to screen after writer Jane Goldman got her hands on reworking the script.

Character is Key To Screen Success

“I’m a massive DC fan who much prefers their characters to Marvel’s,” Millar told Yahoo earlier this year. “Superman, Batman and Wonder Woman are some of my favourites but I think these characters, with the exception of Batman, they aren’t based around their secret identity. They are based around their superpower.

Whereas the Marvel characters tend to be based around the personality of Matt Murdock or Peter Parker or the individual X-Men, it’s all about the character. DC, outside of Batman, is not about the character. With Batman, you can understand him and you can worry about him but someone like Green Lantern, he has this ring that allows him to create 3D physical manifestations and green plasma with the thoughts in his head but he’s allergic to the colour yellow! How do you make a movie with that?”

We’re going to presume that Millar hasn’t seen 2017’s solid Wonder Woman movie and concede he otherwise makes a good point. Understanding the strengths and weaknesses of the medium being used to tell a story is crucial – some things just work better on the page. Some on screen.

Consider AMC’s adaptation of Robert Kirkman’s The Walking Dead series, now approaching its eighth year in existence. It’s a series that’s had highs, and in truth, extreme lows (or at least an entire season essentially devoted to farming), as well as a high turnover of production personnel (resulting in lawsuits ongoing to this day) in its quest to find the best way to adapt the source material. Not only that, but at an early juncture, you have to presume AMC looked at what they were working on and decided they needed something that wasn’t already there. That something was Daryl Dixon. Arguably the television series’ most popular character, and yet nowhere to be found within Kirkman’s episodic comic (and never will be, if you believe the Kentucky born writers’ statement at this year’s Comic-Con that Norman Reedus’ image rights contract clauses are the stumbling block).

A Scrawl of Malevolent Black Goo

Venom most certainly is a character that was designed for the page. He’s a scrawl of malevolent black goo, he can change shape, his movement and appearance can defy all known understanding of established scientific law. Also, he eats people. Properly tears them apart. In the new movie, he looks like actor Tom Hardy has taken a nasty tumble on an oil field. And what always looked like it would need an R rating to explore most of what was interesting about the character was subsequently hemmed in by the PG-13 rating it strove to obtain. Venom is a comic book character, not a comic book movie one. Nobody knows this more than Sam Raimi, who infamously had The Black Suit thrust upon him in 2007’s Spider-Man 3, with fairly disastrous and depressing consequences.

We’ll leave you with a direct quote from Raimi, regarding the creation of comic book movies. “Anytime anyone makes a comic into a movie,” he says. “In some way, I think they have to kill the comic book…”

Maybe we just need to accept that some comic-books stories are only ever supposed to be told in comic books.