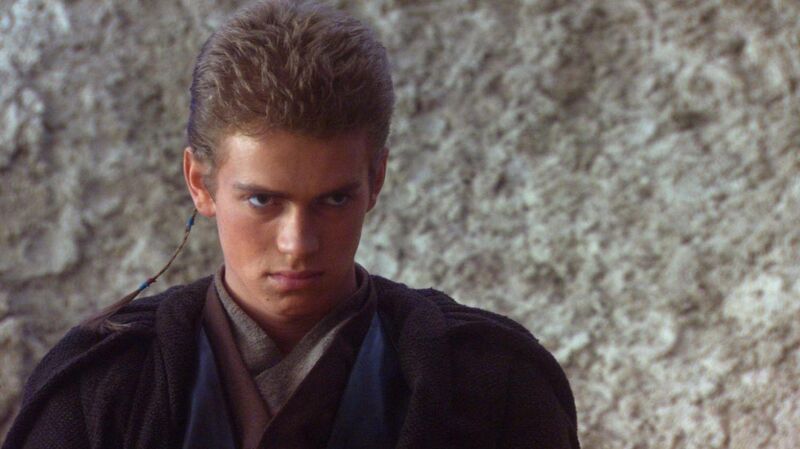 The nature of art isn’t to be loved by everyone but to evoke some kind of emotional response. Sometimes, however, that emotional response is pure, unadulterated hatred. Perhaps the story didn’t connect, perhaps the hype-machine killed any enjoyment you may have eked out of it, or perhaps it was just a bad idea to begin with. But it’s not all bad; even the worst movies have some merit. So, for National Compliment Day, we thought we’d give our most hated movies a kind compliment. Hit us up on Facebook or @getfandom and pay a compliment to a movie you hate.

Batman v Superman: Dawn of Justice was the worst movie I saw in 2016. It was a dreary, horrid spectacle of the ugliest, fascist elements of DC comic books from the last 30 years. However, Batman v Superman is truly visionary director Zack Snyder‘s movie. This is a triumph of an auteur director creating a unique project with its own bizarre quirks and unmarketable elements within a massive blockbuster. The film is a fascinating marvel.

There Will Be Blood

In my opinion, There Will Be Blood stands as one of the worst movies ever. I thoroughly despise the snail’s pace that moves this bummer of a story. I do not recommend this film to anyone. That being said, Daniel Day-Lewis’ portrayal of Daniel Plainview represented one of the most obvious no-brainer Best Actor winners in modern cinema history. I hated everything about him and watching him on screen made me fume. Congrats, Daniel Day-Lewis, you were phenomenal in the biggest buzzkill film of the ’90s.

Dan Castellaneta, the voice of Homer Simpson, narrated the opening for the Super Mario Bros. movie. Despite everything, Castellaneta puts on a New York accent with his usual amount of flair and personality. It’s literally a few moments of voiceover, but it’s easily the best part of the entire movie. Fuhgeddaboudit.

It’s rare for my mind to wander while I’m watching a movie. In fact, it’s pretty hard for me to really, truly hate something in general. I’m a glass-half-full kind of gal. But many years ago, when I excitedly watched 2001: A Space Odyssey for the first time, I never expected to be so goddamn bored. This was supposed to be one of the greatest films of all time, something in which Roger Ebert never shied away from expressing his eternal love. Well, sorry not sorry, world! However, the one thing I can absolutely agree with regarding 2001: A Space Odyssey is that magnificent, epic opening musical score by Richard Strauss. If only the rest of the film lived up to that majesty.

Lost in Translation was abysmal. I’m pretty sure more things happen during the yule log Christmas channel than occurred in this whole film. Upon reflection, this critically-acclaimed film (not sure why) had the lights and the camera but seemed to forget the action. Americans are in Japan, they meet, the end. All this nonsense does have one incredible redeeming attribute: the breakout of Scarlett Johansson. This was her global introduction and that counts for something. Though I would watch In Good Company or The Island one hundred times before I watched this movie again, compliments to Lost in Translation for giving us Scarlett.

Forrest Gump might be sentimental, nostalgic Oscar-bait, but it has the always amazing Tom Hanks. It also has Lieutenant Dan, and Gary Sinise is absolutely incredible in the role. “Lieutenant Dan! Ice cream!” is still fun to yell out when sharing ice cream with a friend, so there’s that, too. This movie had a huge impact on the pop culture of the mid-90s, so it will always be a part of my generation’s lexicon – for better or worse.

This is a fairly unpopular opinion, but the 1996 Oscar-winning film Fargo did absolutely nothing for me. In fact, I’m not a fan of most of the Coen brothers‘ output. For me, their stories just don’t connect, and they have no idea how to end a movie. That being said, it’s hard to deny that Fargo‘s infamous woodchipper scene was definitely memorable, creative, and unique. Plus, the film, much like much of the rest of the Coen brothers’ work, crafts some interesting characters, so there’s that.

It seems Michael Bay‘s Armageddon has become something of a classic over the years. It’s revered by people who adore the loud, in-your-face extremism of Bay’s style. They don’t care that the script is atrocious or that the movie is overly long and boring. Yes, to some this movie is one of the best things from the ’90s.

Despite my disdain for just about everything in the film, I have to applaud Bay for being downright whacky at times. The movie often feels unhinged, zipping around with quick cuts and bizarre angles. It almost feels like a Baz Luhrmann movie. Bay was able to inject a lot of weirdness into this big Hollywood blockbuster.

The Notebook left many a tissue as drenched as Ryan Gosling‘s rain-soaked shirt. Nick Cassavetes’ adaptation of the Nicholas Sparks novel accomplishes its deep emotional resonance because it is masterfully acted. Rachel McAdams and Ryan Gosling help you feel their star-crossed lovers’ torment. James Garner, in one of his final roles, provides a bravura turn as the devoted Duke who refuses to give up on Gena Rowlands’ Allie. As a result, The Notebook shines as a reminder that you should never take your closest relationships for granted. They are always worth fighting for, to the very end.

Often seen as a second-class movie, Fantastic Four: Rise of the Silver Surfer has an expansive feel. The idea that the Fantastic Four universe was expanding to the Silver Surfer and Galactus made the universe it took part in both exciting and bold. While the film didn’t quite deliver what fans wanted, the characters were aesthetically impressive and unique. This bold direction helped to make the first impressions of a cinematic universe that Marvel would later build on.

The more I think about Star Wars Episode II: Attack of the Clones, the less I want to watch it ever again. But one thing’s for sure — John Williams’s “Across the Stars” love theme is a home run. It’s the one thing that made me care about Anakin and Padmé’s romance.

Starring Jodie Foster, Nell tells the story of a “wild woman” raised in the back woods of North Carolina in complete isolation. At its core, it is about language development without exposure to language, but it is the most dismal, boring, predictable waste of an hour and fifty-three minutes produced in the 1990s. But, Nell is useful for Linguistics students, because we can’t perform clinical studies of this kind on humans for ethical reasons, but we need to understand more about the development of language in total isolation. Through Nell, we learn that the ultimate lesson in linguistics is true: language is an intrinsic part of our biology. We are natural born communicators. Thanks, Nell!

The Twilight Saga had an irreversible impact on the American millennial teenage experience. I’ve never read Stephenie Meyer’s books, but I saw the first Twilight movie at the behest of my friends. Even though I hated the movie, I was impressed with how it really nailed teenage angst and infatuation.

Bella and Edward dance around — and eventually surrender to — their desire for each other in a way that non-vampiric teenagers can relate to. That’s precisely the reason that last year’s Magic Mike XXL incorporated a Twilight-inspired stripper routine. Twilight might have lacked subtlety, but it got a few things right.

The Boondock Saints is beloved by some. Quite specifically people of a very particular age. Upon closer inspection, it’s a thin movie filled with little of interest and the product of a filmmaker who is a bit egocentric (see the documentary Overnight). But it did one thing well: give Norman Reedus a place to carve out his now-beloved persona. You can’t fault it for that.

Charlie and the Chocolate Factory

There are a lot of problems with Tim Burton‘s Charlie and the Chocolate Factory. Deviations from the book, braindead casting, an overwhelming feeling of “been there, done that” – the movie has its problems. Its many, many problems.

However, if I had to find something to compliment it about, I suppose I could talk about its dark tone. The original film contained some macabre moments (don’t get me started on that terrifying boat ride) but mostly brushed off the fact that Willy Wonka was murdering small children. It’s a bit of a big deal. In Burton’s version, the film doesn’t shy away from the fact that Wonka is slaying kids left and right. Hell, it even plays it for laughs. It’s not as dark as it could be, it remains a family-friendly film, but it’s still considerably darker than its predecessor. That’s a welcome change and something that Roald Dahl would have applauded.

I’ll say it. I hate Titanic. But even with the schmaltzy music, horrible acting, and nonsensical script out of the way, the film is a visual beauty. The cinematography and use of color and set pieces is truly triumphant. I can realistically place myself right in the heart of the period. Now if only Rose could scoot over a few inches, there’d be room for Jack on that door.

While often seen as the worst of the X-Men movies, The Last Stand has some true merit. Most notably, the movie introduced some of the most diverse characters in any X-Men movie. The ensemble ranged from Beast to Angel to Colossus, and as a result, fans were gifted with a more diverse X-Men universe.