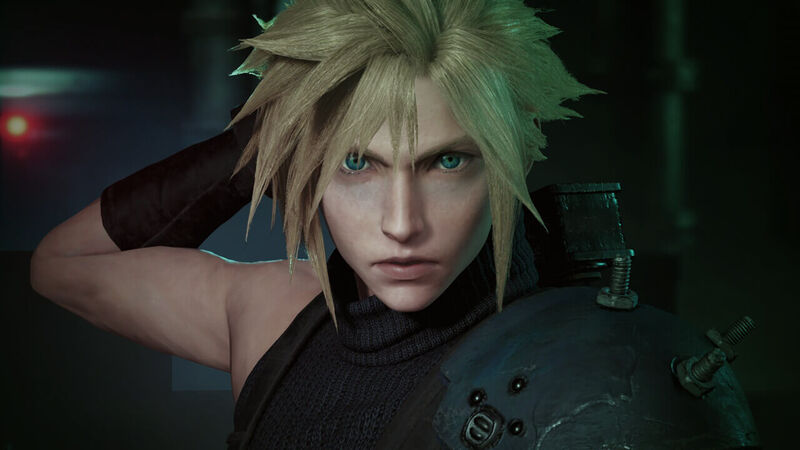 It was another big E3 this year, with some big titles making an appearance on press conference stages and on the show floor. God of War fans were treated to a new updated Kratos, The Last Guardian finally got a release date and Gears of War 4 is on the horizon.

Even so, there were also many notable absences from E3. Amid the buzz around Microsoft’s Project Scorpio, Nintendo declined to unveil anything about their next console, the Nintendo NX. We know The Legend of Zelda: Breath of the Wild will be playable on the NX and the E3 gameplay footage may have even teased a new controller for the upcoming system. Even so, Nintendo remains tight-lipped about their next hardware release.

The NX wasn’t the only big thing to miss this year’s show. Here are the rest of the big no-shows from E3 2016.

A New Game Announcement From Rockstar

This one isn’t actually that surprising if you take a look at Rockstar’s recent history. Very rarely does the Grand Theft Auto developer stick to the usual script and follow gaming industry norms. Neither Grand Theft Auto V nor Red Dead Redemption were announced at an E3 (GTA V was announced in October 2011, and Red Dead Redemption was announced in February 2009). Yet, people held out hope that there would be a big announcement at this year’s show. This was the result of some supposed leaks of Red Dead Redemption 2 concept art, coupled with a quote from Take-Two CEO Strauss Zelnick announcing that the studio would show up at E3 “in a big way.”

To be honest, Rockstar doesn’t need the pomp and circumstance of an E3 press conference to make major waves. Whenever they do decide to announce Red Dead Revolver 3 / Red Dead Redemption 2 or whatever it is they’re working on between counting their stacks of GTA Online cash, you can be sure that people will pay attention and be there to lay down their money to preorder a copy, even if it is just Rockstar Presents Table Tennis 2.

Beyond Good and Evil 2

It’s a real shame that the long-awaited follow-up to Michel Ancel’s 2003 cult classic was nowhere to be seen at this year’s E3. Despite Ubisoft’s repeated insistence that they are working on it, the publisher has yet to release anything besides a 2008 teaser video, a smattering of concept images and potentially pre-rendered screenshots. While I didn’t expect anything as substantial as a demo, I thought they would have at least mentioned it during their press conference. Oh well, there’s always next year.

When Crackdown 3 was announced back at E3 2014, fans of the series were thrilled by the return of the open-world crimefighting franchise, and the new game’s promise to use the power of Microsoft Cloud to create completely destructible multiplayer environments. Developer Reagent Games then announced last August that the game would have a tiered release, starting with the launch of multiplayer this summer, to be followed by the full single player campaign at a later date, and even showed several minutes of gameplay.

It was a bit puzzling, then, when the game was nowhere to be found during Microsoft’s E3 2016 press conference last Monday, given that multiplayer was supposed to be launching in a matter of weeks. Reagent Games provided an update immediately following the Microsoft press conference announcing that the game would be delayed to 2017. The good news is that they took the opportunity to announce that the game would be an Xbox Play Anywhere title that you can buy once and play on both your PC and Xbox One console.

CD Projekt Red became internationally famous with The Witcher series, and maybe jumped the gun a bit when they first showed off Cyberpunk 2077 back in 2012. As the company grows with recent Witcher 3 expansions and even its own card game with Gwent, the developer made it clear Cyberpunk 2077 wouldn’t be seen any time soon. CD Projekt Red won’t even say for sure the game will be out in 2017! If we’re going to see the tabletop RPG adaptation at all this year, perhaps we’ll get something at August’s GamesCom, as the European developer enjoys showing off properties closer to its home base.

Square Enix’s FFVII Remake with CyberConnect2 made a massive impact at 2015’s Sony E3 press conference, yet there wasn’t any sign of the game a year later. The RPG publisher seems more focused on Final Fantasy XV’s success, which makes sense as it could be the do-or-die entry in the series. Perhaps they didn’t want FFXV to share the E3 spotlight with a popular remake like FFVII. Still, it would’ve been nice to get an update on how many episodes long this remake will be, even if they don’t have new footage to show. Perhaps we’ll see something at September’s Tokyo Game Show, when FFXV will be close to shipping and there’s room for Cloud and Sephiroth in Square’s PR plans.

Disney and Square Enix fans alike have been dreaming of Kingdom Hearts III for more than a decade, and it feels like it’ll be another decade before they finally get the crossover RPG. Seriously, there was barely even new information on upcoming remake Kingdom Hearts II.8 Final Chapter Prologue, let alone any scoops on the third true entry in KH. Perhaps Square Enix is holding back information on KH3 until II.8 hits stores in December, though the publisher often debuts new footage at Tokyo Game Show every September, so don’t be too shocked if there’s a brief trailer or live demo shown in a few months. Another possible venue for an update is the Kingdom Hearts Concert coming to Japan in mid-August.

Fans have been clamouring for the next Mass Effect since the conclusion of Shepard’s story, and it looks like they’ll wait even longer. Mass Effect Andromeda only received a short, 2-minute teaser trailer that showcased mostly environment shots or clips of the development team and revealed only a small handful of new details. The game was formally announced during last year’s E3 with a teaser trailer, and was recently delayed from Q4 2016 to Q1 2017. If we don’t see gameplay footage in the next few months, don’t be surprised to see the release date push back even further.

What on earth is going on with No Man’s Sky? I’m guessing we didn’t see this game at the show due in large part to its recent delay – the game was originally slated to release this month, but it was pushed to early August to accommodate the developers. All the same, It would have been great to get our hands on a near-finished build of the game – the fact that it wasn’t represented at the show doesn’t exactly inspire confidence. The team’s recent legal trouble probably didn’t help.

Technically speaking, there were a few Vita games on the show floor of E3 if you knew where to look, but even the biggest titles were either cross-play games like Dragon Quest Builders, or an extra niche Japanese game like Caligula. And you wouldn’t hear the handheld’s name mentioned once at Sony’s big press conference. The sad reality is that the Vita has become a cute accessory for your PlayStation 4, but its days as a dedicated gaming device are long gone. Vita does relatively better in Japan, so some new games might be announced overseas at Tokyo Game Show. However, the odds of many of those games coming to North America’s constricted Vita market get lower every day.