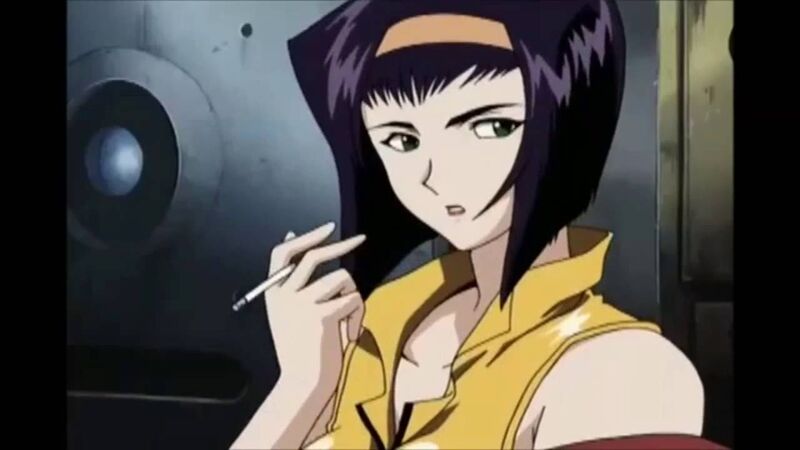 It’s been 20 years since the Bebop crew descended on our television screens. Cowboy Bebop quickly became a cult classic among anime and non-anime fans alike thanks to its pop culture references and Yoko Kanno’s brilliant soundtrack.

While many agree that the show is nearly perfect, its episodic narrative style and ambiguous ending leave room for Watanabe’s tale to continue. That’s exactly what Wendee Lee, the voice of Faye Valentine, is looking forward to happening.

In honor of Cowboy Bebop’s 20th anniversary, FANDOM sat down with the prolific voice actor to discuss Spike’s fate, how the show could continue, and the rumored live-action adaptation.

Spike’s fate at the end of the series has been debated for over a decade. After a climactic battle with Vicious, Spike takes several steps down a staircase, points his finger like a gun, says “bang,” and then collapses. Many assume that Spike succumbed to his injuries. After all, he lost Julia not too long before then, so he, theoretically, had nothing else to live for.

However, the show’s director, Shinichiro Watanabe, deliberately left the ending ambiguous. In an interview with IGN, he even says that “Spike could be sleeping.” Lee appears to support the idea of Spike surviving his injuries. “I will not accept that he’s anything other than alive,” the actor remarks.

So resolute is her belief that she doesn’t linger on the subject for long, instead focusing on what could happen next. “He makes it through … and somehow we regroup in a hospital somewhere. Maybe he gets some bionic replacements or something, who knows?” Far stranger things have certainly happened in the anime. Lee’s character Faye managed to survive a tragic accident as a child thanks to being cryogenically preserved. Why couldn’t the same be done for Spike?

Where Could Cowboy Bebop Go Next?

When it comes to the next arc for the show, Lee wants it to pick up where we left off. “What happens after [the fight]? What’s the next season?” she asks enthusiastically.

Assuming that the bedside reunion above happens, the actor favors diving deeper into the mysterious Faye Valentine. “I’m always interested in where Faye’s going because we’re only really seeing her as a young adult. We’re not exploring what would happen in her life beyond the Bebop.”

Indeed, fans only got a glimpse into the former lives of the Bebop crew. In their own way, each of them had to go off and face their past. All of their confrontations ended tragically, such as Faye realizing she has nowhere to call home outside of the Bebop or Ed learning she has a father who forgot about her. Watching the crew try to adjust to their circumstances in different ways would give Watanabe and team plenty to work with.

However, this isn’t all that they could explore. Lee would like for a bit of romance to get injected into the anime, particularly for Faye.

“Would [Faye] find love? That’s something that’s never really been explored. I know that she has great affection and love for Spike — and for everyone on the Bebop. But a girl can always hold out that there’s a chance at love for some of the characters in the show.”

Considering how poorly love worked out for all of the members of the Bebop crew, this isn’t too far-fetched of a request and could add yet another layer to the show. Perhaps, one that the live-action series will explore.

The Hollywood Adaptation of Cowboy Bebop

Hollywood’s live-action adaptation of the popular anime was announced last June. Since then, it appears that mum’s the word, as not much has been said about it since. Historically, Hollywood’s anime adaptations haven’t been well received, especially by anime fans. This is why most announcements, including Cowboy Bebop’s, are met with indifference, anger, or apprehension.

“We’re all nervous about it,” Lee says of the adaptation. “Hollywood has taken a long time to understand that anime is a pop culture fixture now. It’s here to stay. They didn’t know what to do with it for a long time, which makes sense. It’s a foreign art form to Hollywood, or it was, and now it’s a sisterhood. It overlaps and intersects with all kinds of pop culture now. Hopefully, they’ll get it right at some point.”

Getting it right includes securing Yoko Kanno, the mastermind behind the original soundtrack, for the adaptation’s score.

“I can’t imagine it not being Yoko Kanno’s score. She’s somebody they could easily continue using, so I hope they would, but you never know what goes down with legal and life and things.”

Including Kanno would be a huge win for such an ambitious adaptation. One that could only be rivaled by including the English voice cast, who were so instrumental in the show’s success in the West. Lee even has a suggestion, “Put us in the cantina scene, you know, like in Star Wars.”

Who Could Play Faye in an Adaptation?

But who would be in that cantina scene? Lee isn’t sure. Originally, she thought that Angelina Jolie, with her sex appeal and action movie star status, could pull off Faye’s femme fatale nature. Now, she isn’t so sure about using Hollywood A-listers in the role. “It’s tough. I think with Faye, it would probably be an unknown. It would have to be like discovering Wonder Woman, something like that.”

An unknown actor would be free to tackle the role as they see fit. They would likely possess the rawness necessary to capture a spirit as fierce and vulnerable as Faye’s. Adaptations may not be popular, but they allow fans to continue to live in a body of work that they love, for better or worse. But seeing an animation come to life can be jarring for many, including the voices working behind the scenes.

“It’s so hard for me because I want to support the material living on and getting produced in the right way for a live-action. The casting is going to be very personal and very difficult for all of us, I think, to see our characters being portrayed by a human body other than the way they’ve been designed and intended by the original creator.”

Despite her apprehension, Lee holds out hope that the adaptation will be handled with the same love as the original series.

“We’ll see. I hope they do it great. I just want it to do the material justice.”