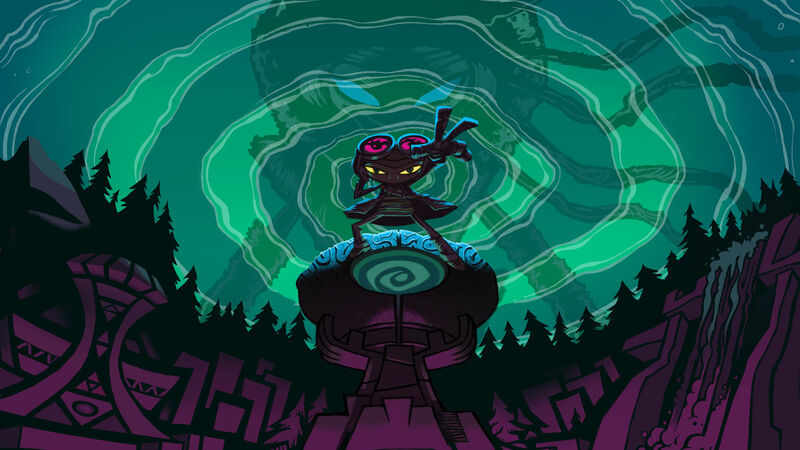 Cram It!| Everything You Need to Know about ‘Psychonauts 2’

It’s hard to believe, but Psychonauts 2 is finally here! And, after 16 years that included a crowdfunding campaign, studio acquisition, and several delays, the sequel to one of the most celebrated platformers releases this month. For those that are diving into Psychonauts 2 for the first time (or just want a brush up on the lore), Fandom has got you covered.

So grab your psycho portals, and let’s get ready to dive into the wacky and weird world of Psychonauts 2!

THE STORY SO FAR

Razputin “Raz” Aquato is a ten-year-old psychic who runs away from the circus to attend Whispering Rock Psychic Summer Camp—a secret government camp set up to train young psychics. Raz meets Coach Oleander, Agent Sasha Nein, and Agent Milla Vodello at the camp, three of the world’s best Psychonauts and subsequent camp counselors. Milla informs Raz that since he does not have his parent’s permission to attend camp, she’s gone ahead and called his father to come to retrieve him.

Even though Raz is a “restricted” camper, since he doesn’t have his parents’ permission, that doesn’t stop him from exploring. Raz meets the other psychic children attending the camp, including a powerful psychic boy Dogen Boole, and Lili Zanotto, the daughter of the head of the Psychonauts who develops a crush on Raz. Impressed by Raz’s raw psychic power, Coach Oleander and Sasha continue to put Raz through various trials, giving him different badges that unlock various psychic abilities, including Marksmanship, Levitation, Clairvoyance, and more. Raz even befriends Ford Cruller, the leader and founder of the Psychic Six. However, things are not what they seem at Whispering Rock Psychic Summer Camp.

As Sasha Nien helps Raz explore his subconscious in a series of experiments, Raz uncovers a vision of Dogen having his brain removed. Unfortunately, later when traversing the camp, Raz’s vision comes true, and more and more campers start to lose their brains mysteriously. This eventually leads Raz and Lili to head across the camp’s lake, Lake Oblongata, to Thorney Towers Home for the Disturbed. There, Raz meets and assists several asylum residents to ascend the tower. Once at the top, Raz finds the culprit: Dr. Loboto. Not only had Loboto stolen the brains of the campers, but also the minds of Milla and Sasha. With the help of Loboto’s assistant, Raz frees the minds of the campers, Psychonaut agents, and Lili.

It is then revealed that Oleander assisted Lobato in kidnapping the children to see if their brains could power the brain tank prototype. After Milla, Sasha, and Ford cause Oleander to sneeze his brain out of his mind, the asylum explodes, and all appears well for our heroes, right? Wrong! Oleander’s brain suddenly powers the prototype tank. While trying to stop the tank, Raz sneezes out his own brain, and it gets intertwined with Oleanders in the tank. Raz is then transported to their fused minds, which takes on the appearance of a meat circus. There, Raz fights the twisted visages of Oleander’s father and his own.

However, just in the nick of time, Raz’s real father, Augustus, shows up and reveals that he’s always loved Raz for who he is—psychic and all. In fact, Augustus is a psychic himself and just wanted to protect Raz from the dangers of the world. After the two reconcile, Raz’s father gives his son his psychic abilities, and Raz is able to help Oleander come to terms by literally defeating his inner demons.

After Oleander and Raz’s brains are separated, Raz is then promoted to Psychonaut. But right as this happens, it’s announced that Lili’s father, Truman Zanotto, has been kidnapped. Milla, Sasha, Lili, Oleander, and Raz all take off in a jet to save Zanotto.

This leads into the VR midquel title, Psychonauts: In the Rhombus of Ruin. This game picks up immediately where Psychonauts ends. Still, our heroes find themselves searching for Zanotto in the infamous Rhombus of Ruin: a dangerous location known for taking down vessels in the middle of the ocean. Zanotto is being held against his will by, surprise, Doctor Lobato. As the jet approaches, it plummets into the sea, and Raz is separated from his compatriots. Raz utilizes his mental abilities to free each of his friends and uncovers Lobato’s secrets in the process. It turns out Lobato was a child whose psychic powers terrified his parents, so they gave him a lobotomy. Raz thinks he has helped Lobato change his heart until Lobato decides to destroy the underwater facility they are within. Luckily, the group escapes with Zanotto and head directly to the Motherlobe: Psychonauts HQ.

Psychonauts is arguably one of the last great platformers of a bygone era. But now, games like Crash Bandicoot 4: It’s About Time and Ratchet & Clank: Rift Apart are helping bring on a renaissance for this gaming genre. So Psychonauts 2 could not be debuting at a better time.

If Psychonauts 2 is anything like its predecessor, then you can look forward to hours of unique and non-stop platforming fun. Each mind that Raz enters is uniquely themed and presents an array of challenges. These vary from exploratory, combat, and more. Additionally, the game features a slew of new foes, all based on various aspects of mental health. We’ve been introduced to Bad Ideas, flying Regrets, and the terrifying chaotic Panic Attack from the trailers alone. The Censors from the original Psychonauts also make a return, so be prepared to utilize all of your abilities to take down each of the various foes you encounter.

Finally, like any great platformer, we can look forward to side quests and item hunting in Psychonauts 2 as we did in the first title. The items you find in every level will not only help you level up (aka PSI Cards and PSI Cores), but also the option to purchase PSI Power upgrades that enhance your abilities, add cosmetic effects, and more!

PSI Powers are where the fun begins. All of Raz’s abilities are linked to psychic powers. Psychonauts 2 features five returning powers from the original Psychonauts: Levitation, Psy Blast, Telekinesis, Pyro, and Clairvoyance. Alongside these powers, there will be new abilities for you to learn throughout your adventures inside the minds of Psychonauts HQ!

The first of these abilities is Mental Connection. With this ability, Raz can focus on a thought in someone’s mind and literally travel to it. This grapple-like move will allow you to traverse creatively through different levels in a brand new way! Additionally, you can use Mental Connection to grapple smaller enemies towards you or pull yourself towards larger foes.

Raz also receives the Time Bubble—an ability that allows you to manipulate time around a localized object. This enables you to access various objects and platforms while exploring quickly and gives you the upper hand on fast-paced enemies like Panic Attacks.

Mental Projection is a physical manifestation of your warrior mind in arguably the cutest animated style I’ve ever seen. This 2-D Raz can be a great distraction to enemies or be easily maneuvered through difficult locations and puzzles. And as a cool bonus, Mental Projection Raz is voiced by Rikki Simons, which adds a fun Invader Zim reunion to the game.

Finally, Raz can purchase upgrades and pins that allow you to modify and enhance your psychic abilities. For instance, you can add a melee punch to your Mental Connection ability to deal devastating blows to grappled enemies. Psychonauts 2 will allow players to creatively craft their abilities to fit their playstyle while offering challenges at every level.

MYSTERIES OF THE MIND

Just from the trailers and previous titles alone, we know that there are many mysteries to uncover in this sequel. The Psychonauts organization finds itself in a fragile state while Raz tries to complete his newfound Psychonaut internship. There is a mole in HQ that is secretly trying to take down the Psychonauts once and for all, and it’s up to Raz to stop this nefarious plot. Additionally, it is revealed that Doctor Lobato was actually being manipulated and influenced by an outside force: a powerful evil psychic known as Maligula who was presumed dead.

Could this mole ALSO be trying to resurrect Maligula? And are Maligula’s evil psychic hydrokinesis powers possibly linked to Raz’s family curse? I suppose we’ll just have to wait and find out! Psychonauts 2 is definitely one cerebral experience you do not want to miss this year!

Psychonauts 2 will launch on August 25th for the Xbox Series X/S, PC, macOS, Xbox One, and Playstation 4.