Crash Course: Everything You Need to Know About ‘Captain America: Civil War’ 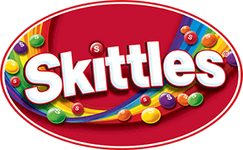 Captain America: Civil War is coming out May 6, and we’ve got everything you need to know about the movie right here. It looks like this is going to be maybe the biggest Marvel movie yet, bringing together characters from all over the MCU. It’s the third movie in the Captain America series, following The First Avenger and The Winter Soldier. In addition to cast members from the last two Captain America movies, we’re also going to see most of the Avengers, Ant-Man, a couple new faces, and Robert Downey, Jr. returning as Iron Man for what he calls his “Iron Man 4.” We’ll start with the basics on what you should know about Civil War from the comics.

Civil War in the Comics

The original “Civil War” story was published in 2006. It was a massive crossover event demanding that every Marvel hero “choose a side.” The event was considered highly original at the time, because instead of offering a standard “good vs. evil” story, it had a much more complicated conflict. Marvel wanted to do a story that would divide their heroes, where both sides would have strong arguments and readers could debate for themselves who was right and who was wrong. The story focuses on superhero accountability, with Iron Man representing heroes who believed they should submit to government control and Captain America leading the underground resistance.

Civil War begins with an “incident” that forces the government to reexamine how they treat super-heroes. In the comics it was an explosion in the city of Stamford, Connecticut. A group of untrained teenage heroes called the New Warriors were filming a reality TV show, and they attacked a group of dangerous villains in hiding. This reckless behavior leads to the deaths of several hundred children in a nearby school when the super-villain Nitro blew up while trying to escape. In the aftermath of Stamford, there was a massive public outcry for the government to crack down on costumed vigilantes. It’s unclear exactly what’s going to happen in the movie, but we know there will be some kind of incident similar to Stamford.

The movie seems to be calling this “The Accords” and taking a slightly different spin on it. In the comics, a law was passed called the “Superhuman Registration Act” (SHRA) requiring anyone who had superpowers to register their identity with the government. Those who refused to register, even if they weren’t actively using their powers, would still be arrested unless they complied. Heroes were forced to either go into retirement, work strictly under the orders of the U.S. Government by joining an official team, or be placed in a superhuman prison. The official government positions would also come with a salary and health benefits. In the movie it seems like similar legislation will be passed requiring the Avengers to follow government orders instead of acting independently.

The SHRA was largely spear-headed by Iron Man, who viewed the Stamford incident as a “wake-up call” to the superhero community. Iron Man believed disasters like this were inevitable with untrained heroes running around, and the superhero community had to hold themselves to a higher standard. He viewed this as a natural evolution of their role in society, and the only way society would continue to allow them to exist. Tony Stark helped the government develop prisons for rogue superhumans and eventually became the new Director of S.H.I.E.L.D. Captain America believed that giving the government this much control over superheroes would lead to an abuse of power, and nobody should be trusted with the secret identities of that many people. He refused to help hunt down heroes who had repeatedly risked their lives to save others. Captain America’s resistance worked to continue saving lives while keeping heroes out of prison. They were pursued everywhere by S.H.I.E.L.D. agents trained to take on superhumans called “Cape Killers.” Despite having previously been best friends, Captain America and Iron Man viciously fought against each other when the two sides met for a climactic battle.

This conflict is particularly interesting in the movies because it represents a lot of growth for both characters. When we were first introduced to Tony Stark, he believed the government should have no say in what he did with his private property. Iron Man 2 was mostly about him refusing to cooperate when the government demanded that use of his suit should be regulated. Recent events in Age of Ultron have caused him to reverse his opinion, having seen the kind of damage he can do when he’s not accountable to anyone. Steve Rogers, on the other hand, was introduced as an obedient soldier in the military. He followed orders and trusted the American government to know what was best. After events in The Winter Soldier, Steve has personally been the victim of high-level government corruption and he no longer has the blind faith he once did.

The Death of the Dream

The story ultimately ends with Captain America surrendering and being taken into custody. However, before he can stand trial, he is assassinated on the steps of the courthouse. Red Skull plans the assassination with Doctor Faustus, and Crossbones is the sniper who pulls the trigger. In the aftermath of his death, the reformed Bucky Barnes (previously Winter Soldier) decides to take over as the new Captain America.

We have no idea if this is going to be in the movie at all, but it’s an important part of Captain America history. There’s been a lot of speculation about how much of this might actually be covered in the MCU, and whether Sebastian Stan will take over when Chris Evans retires.

Civil War is going to feature a lot of returning MCU characters, and we probably don’t need to go into every single one of them. You saw Age of Ultron, right? Yeah, you’re fine. We are going to explain who the new characters are, and who the old characters are with new or increased roles.

We met Agent 13 before in The Winter Soldier, but she didn’t get a ton of characterization. Sharon Carter is the modern-day descendant of Cap’s original love interest Peggy Carter. In the movies so far, she’s been a S.H.I.E.L.D. agent assigned to observe and protect Steve Rogers. In the comics (in addition to being a badass master spy) she’s also maybe Steve’s most enduring love interest, so we’ll see how that plays out.

Black Panther is a totally new character in the movies, but in the comics he’s a long-time member of the Avengers. Born T’Challa, he is the prince of the African nation Wakanda. Wakanda is considered the most advanced nation on the planet, a cultural and technological paradise who refuse any contact with the outside world. The title “Black Panther” is passed down in the royal family, where the most worthy heir in each generation is granted the blessings of a powerful panther god. This gives them enhanced strength, agility, resistance to harm, and several other abilities. It seems like Black Panther will be an outsider to the rest of the cast in the movie, as a hero with no ties to the Avengers or any other party.

We already met Brock Rumlow in The Winter Soldier, where he was a S.H.I.E.L.D. counter-terrorism agent who turned out to be a member of Hydra. Civil War is going to have him finally put on his comic book costume and become the super-villain Crossbones. In the comics, Crossbones is a brutally violent mercenary who usually works with the Red Skull and has a personal grudge against Captain America. He’s also shared a romantic relationship with the Red Skull’s daughter, Sin. Crossbones is most famous as the man who killed Captain America in the comics.

Everett Ross is a new character to the movies who will play a strong supporting role for Black Panther. Reportedly, he is the government liaison between the U.S. and Black Panther’s nation of Wakanda. Ross (played by Martin Freeman) won’t have a very large role in the movie, but it’s expected that his character will be expanded upon in the upcoming Black Panther film.

Helmut Zemo, also known as Baron Zemo in the comics, will reportedly be the film’s main antagonist. In the comics, he is the second Baron Zemo, after his father Heinrich Zemo fought alongside Red Skull with the Nazis during World War II. Zemo seeks to take revenge on Captain America for the death of his father. He usually has no super-powers, but he is an expert combatant and military strategist who carries a variety of high-tech weapons.

OK, you already know who Spider-Man is. We’ve already had five Spider-Man movies! His appearance in Civil War is significant, though, because up until now Marvel hasn’t been allowed to use their most popular character. Sony owns the film rights to Spidey, and they recently made a deal with Marvel allowing the studio to use Spider-Man and later work on a Sony Spider-Man film taking place within the MCU. This will be a totally new version of the character with no connection to his last appearance in the critically panned Amazing Spider-Man 2. It’s unclear how big his role will be in the movie, but Spider-Man had a huge role in the Civil War comic book. The comic included a scene where Peter Parker unmasked and revealed his identity on live television to show support for the SHRA.

Thanks for reading! For more information on Captain America and Civil War, check out the Marvel Database on Wikia!