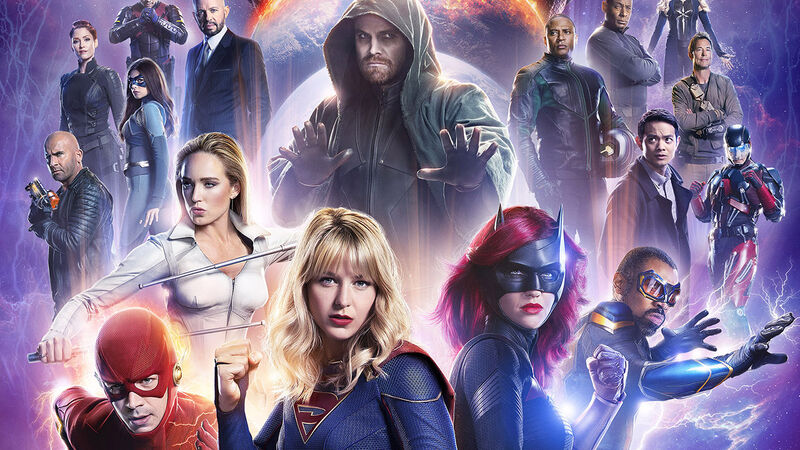 Will Crisis on Infinite Earths Introduce DC’s ‘Paradise’ to the Arrowverse?

SPOILER ALERT for the first three chapters of the “Crisis on Infinite Earths” crossover:

At the moment, the CW’s Crisis on Infinite Earths crossover has left the Arrowverse in shambles. All the Earths in the multiverse are gone, and only the seven paragons (well, six paragons and Lex Luthor ) are left to try and fix everything.

Crisis on Infinite Earths has been the most ambitious crossover for the CW since they started doing them for the Arrowverse in 2014. Featuring cameos from other DC TV shows such as Smallville, Birds of Prey, and Lucifer, Crisis has been able to form a connection between them all.

It’s still uncertain how the Crisis will resolve itself. We’ve all either read comic books, watched TV shows and movies, or played video games featuring these characters, if not some combination of the above. It’s pretty much inevitable, even with some collateral damage, our heroes will find some way to restore life to the multiverse.

Fans who read the original Crisis on Infinite Earths comic series from 1985 by Marv Wolfman and George Perez know the result in the source material. All of the Earths combined and formed one Earth, within one universe. While this streamlined the DC Universe, there were still some “leftovers” who didn’t have a place in this new Earth. The Superman and Lois Lane of Earth-2, the Superboy of Earth-Prime, and Alexander Luthor of Earth-3 were left with nowhere to go. Alexander then used his newly formed powers to create a “Paradise,” a pocket universe in which they could reside in peace.

If the Arrowverse crossover were to follow the same path, then when it reaches its conclusion, there will also be one Earth. While some things will be more accessible to work through, such as the National City and Metropolis of Earth-38 now residing on this planet, we need to take into account other factors. For instance, during the crossover, we’ve encountered three different Supermen, two different Flashes,and a Batman from the future. It’s unlikely they will all co-exist, but beyond some of them dying (RIP, Earth-90 Barry Allen), the Paradise concept offers another possibility.

Who gets to live in Paradise, if it comes to be? From what we’ve seen so far, we have a few ideas.

With apologies to Barry and Iris, the premiere love story of the Arrowverse has always been Oliver Queen (Stephen Amell) and Felicity Smoak (Emily Bett Rickards). The seventh season of Arrow showed us a future where these two were separated for over twenty years, as Oliver was taken and seemingly killed during the Crisis. We don’t know his ultimate fate as of yet (there is some definite foreshadowing), but we do know they reunited when the Monitor takes Felicity away to a place “from which there is no return.” “Paradise” could be this place where the two of them can finally find the happiness they’ve been searching for all these years.

To many fans, Christopher Reeve is the definitive live-action version of Superman. In 2006, Brandon Routh gave a performance worthy of Reeve’s legacy when he stepped into the red boots in Superman Returns, which functioned as a follow-up of sorts to the first two Reeve Superman films. Crisis gave us a chance to see what happened to the version of Superman who made us believe a man can fly, with Routh reprising his role – and, by extension, the role Reeve originated. Unfortunately for him, he suffered the fate of the Superman depicted in 1996’s Kingdom Come by Mark Waid and Alex Ross, losing most of his loved ones.

Tyler Hoechlin is the established Superman in the Arrowverse. We know he will be the Man of Steel going forward, with a potential series for Clark Kent and Lois Lane in the works, but what about the Superman we’ve loved since 1978? Even after Crisis Part 3, when Lex manipulated the Book of Destiny into taking Superman’s place as a paragon, he never gave up hope in our heroes. Finding peace would be a fitting next chapter for arguably the greatest Superman of all.

If it weren’t for Smallville, there probably would not be an Arrowverse. Tom Welling’s performance as Clark Kent was a fan favorite for over a decade, and its long term success led the CW to want more DC superhero series. We saw Clark grow from a shy boy who was trying to learn how to live with his powers, into the man we all knew he would become. We also saw Lois Lane become the intrepid reporter who always keeps Clark on his toes. In Crisis, we see the two have a happy life together on the Kent Farm, with Clark having given up his powers to start a family. The characters who were the inspiration for the current age of DC superheroes should not disappear from existence, but be allowed to live the life of harmony they deserve. Besides, Welling still needs to put on the costume one day, dang it, so this version of Clark needs to stick around.

The Oliver Queen of Earth-16

This future version of Oliver made his debut during the first season of DC’s Legends of Tomorrow. At first, the Legends believed this was a twisted future of Earth-1, but it is a parallel earth. Oliver has lost everything and is still trying to complete his mission in a world overrun by the Deathstrokes. He feels he has failed his city and even though Oliver still fights, he has lost hope. It’s the appearance of Sara Lance (Caity Lotz) which shows Oliver he is, in fact, a good man, and he should never give up. An Oliver Queen who lost his support system, but still fought for good deserves his place of peace.

DC Comics fans know that a few years later, the inhabitants of “Paradise” returned to Earth in 2005’s Infinite Crisis to restore Earth-2, which they consider “perfect” after years of watching how dark Earth-1 has become. Their obsession with the mission led to Superboy-Prime becoming so corrupt he eventually harnesses the power of the Anti-Monitor to become one of DC Comics’ most significant threats.

While there would be some liberties taken with the CW version, if the heroes chosen to reside in “Paradise” were to return, it would be the Earth-16 Oliver who could take the on the nemesis role filled by Superboy-Prime in the comics. He had lost everything, and once he saw a chance to get it back, it would be too much for him to control and, as tragic as it sounds, it would be up to our heroes to stop one of their own.

When Crisis concludes on January 14th, we will see the final fate of the entire multiverse. Our heroes could restore it. It could combine into one Earth. What we know for sure is the world(s) will never be the same, and the heroes listed here deserve their place in it.

The final chapters of Crisis on Infinite Earths will be seen on Arrow and Legends of Tomorrow, airing back to back on Tuesday, January 14th on the CW.