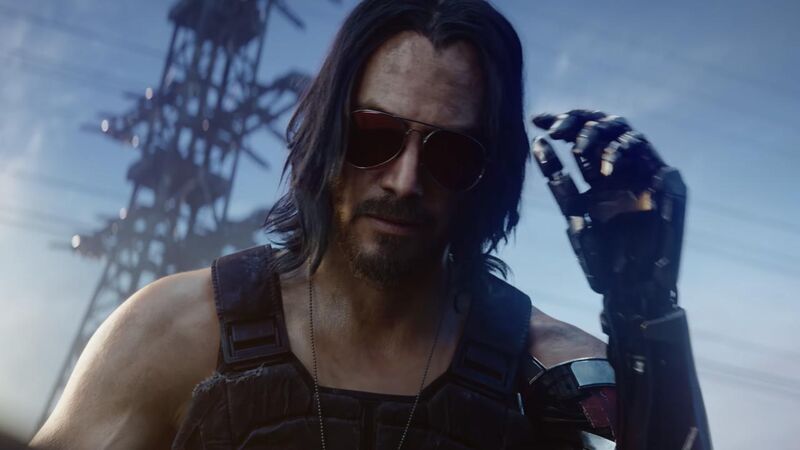 The Fan Theory That Johnny Silverhand is Still Alive

Johnny Silverhand is going to be a unique character as far as videogames go — hitching a ride in your head via an experimental computer chip, he’s part NPC quest-giver, part antagonist. But while the conventional wisdom from trailers and gameplay snippets makes Silverhand seem like a hologram or illusion, he’s definitely not a hallucination — and there’s support for a theory that suggests Silverhand is very much alive.

Much like the Witcher series had a rich foundation of lore to fall back on – which is part of why The Witcher 3 sets the high bar for traditional storytelling and prose in games – Cyberpunk 2077 has a series of role-playing games with supporting material to build upon. Fortunately for us, when we want to know more about pivotal characters like Johnny Silverhand, we can consult the texts from years ago.

After Silverhand’s origin story of going AWOL in the Central American War (a parallel to the Vietnam War), he got caught up in one of the corporate wars between Arasaka Corporation and Militech. The former had been involved in research that uploaded an entire consciousness to a computer, and in a climactic scene, Silverhand and his crew attack the Arasaka Tower.

The battle is so fierce that a nuclear explosion is triggered (perhaps by Arasaka itself, to avoid its tech being stolen). Silverhand’s body is seen falling to the ground, but after the explosion, there’s nothing to investigate. But given what was being researched in that room, and given Silverhand’s girlfriend and crew member was one of the smartest hackers there was, it’s possible Silverhand could have uploaded himself to Arasaka’s computer systems, connected to the cloud, and gave up his body to the unavoidable destruction.

That would suggest the holographic Silverhand we see is not a recording, not an AI, but the real Johnny Silverhand. In the flesh, without the actual flesh. Life, Jim, but not as we know it.

Creator Mike Pondsmith speaks openly about Cyberpunk lore, as well as the meaning behind its creation. The political parallels with modern military interventionism and corporate overreach are as plain as day, and he refers to its gritty predictions as a “warning, not an aspiration.”

Perhaps the biggest support for the theory of Silverhand being alive comes from Pondsmith himself, who famously pointed out that no one actually saw Johnny Silverhand die. The tidbit itself is true enough, but perhaps even more important is the fact that Pondsmith felt it worthy of specifically mentioning to the press.

In gameplay sessions we’ve also seen graffiti spread across the concrete walls of Night City asking “Where’s Johnny?” suggesting the street gangs and anarchists haven’t forgotten the quintessential rockerboy five decades after his supposed death. The anti-corporate populace sees Silverhand as a sort of Jimmy Hoffa figure, with a dash of messianic potential. It’s perhaps foreshadowing a Second Coming of Silverhand, this time leading the masses against corporations instead of taking any one side in a corporate war. What would the 2077 equivalent of a guillotine look like?

The specific calling out of Adam Smasher would also support this. Smasher was the character who gunned down Silverhand, and in Cyberpunk 2077 we see a moment in which Smasher passes V in a corporate hallway, not knowing Silverhand is watching through V’s eyes. At the very least, Silverhand will want you to get some revenge, and at most, Silverhand will want to claim a body to make the revenge all his own.

An interesting element CDPR has built into all of this is your reliance on Arasaka tech to get things done. Not only is the chip in your head from Arasaka, Silverhand’s metal arm was from the rival corporation, mirroring the all-too-real question of how much evil it’s okay to leverage to take down evil.

The big question is, what would have to happen to V for Silverhand to get a body? There may exist the means to port Silverhand into another organic body, or there’s no lack of mechanical ones if Silverhand is content to be a full Borg, like his rival Adam Smasher. But the worst version of all of this involves a takeover of V’s body without consent, ultimately making your mental neighbour the main villain of the game.

Fortunately, knowing CDPR, there’ll be a way around this fate through choice. The developers have hinted at a unique way to keep playing after the main story is done, and there’s a small space in the back of our heads that wonders if that might mean Silverhand completes his hostile takeover, and you explore the rest of Night City as an unmitigated Keanu. We’ll have to wait to see, but that last point makes us think that just this one time, losing might not be so bad.