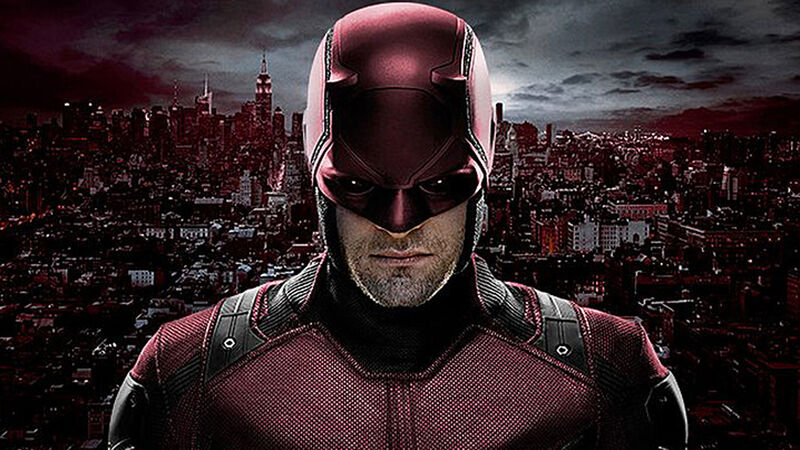 After Loki attempted to conquer Earth in The Avengers, leaving much of Manhattan left to rebuild, a scrappy squad of superheroes battled for justice on the streets. Protecting their neighborhoods from the likes of esteemed Marvel baddies like Wilson Fisk, The Hand, Cottonmouth, Bushmaster, Jigsaw, and Foolkiller — even if they might not all use those exact names — these “Defenders” put their lives on the line to keep New York from falling into the nefarious clutches of drug dealers, gun runners, and paranormal ninjas.

This week marks the fifth anniversary of Marvel’s Daredevil, which debuted April 10, 2015, and kicked off Netflix’s Marvel universe, in the process delivering a more mature and violent glimpse into a corner of the MCU – though the movies never actually acknowledged that corner. Daredevil, Jessica Jones, Luke Cage, Iron Fist, and The Punisher were dark, brooding, pulp-y dramas with bone-crunching action and stunning action choreography. They were often praised not only for shining a spotlight on non-Avengers level heroes who weren’t likely to get their own movie — or own movie again, in the case of Daredevil — but also because of their impeccably executed fight scenes.

As Disney and Netflix went from partnerships to competition, via the impending launch of Disney+, the Netflix/Marvel-verse were rather unceremoniously cancelled, with none given a proper finale. Soon after, when it came to Marvel heroes on TV, the focus moved completely to creating streaming series through Marvel Studios for Disney+, with Marvel TV officially shuttered in the process. But now, five years since they began, we can still watch these shows on Netflix, reveling in the hard-hitting grit and grime of their fight scenes.

From skull-cracking carnage in hallways to chaos unleashed in prisons to epic hero team-ups, here are the best fights from Netflix’s Marvel shows.

Of note here, most of these moments come from Daredevil, as it was the series that most changed the game when it came to slugfests and always managed to deliver on that front, season after season…

Daredevil, as Netflix’s first Marvel series, became an immediate must-watch thanks to the superb, jaw-dropping hallway fight in its second episode, in the process creating a “hallway fight” template for all of the Netflix Marvel series. Delivered as a “One Shot” three-minute brawl-to-settle-it-all in a dingy apartment corridor, vigilante Matt Murdock boxes his way through a small squad of Russian mobsters to save a kidnapped boy. Matt had superhuman senses, but he was quite human when it came to taking a beating so we, as fans, felt every punch and kick here as our hero struggled to make it thirty feet to a door.

Unlike Daredevil, Jessica Jones had superhuman strength. Also unlike Daredevil, as a series, Jessica Jones wasn’t known for its fight sequences. Which is why Jessica’s Season 1 standoff with her former lover, Luke Cage, resonates so much. Under the control of Kilgrave, Luke sets out to kill Jessica, after having discovered Jessica’s role in his own sister’s death. The fight doesn’t last long, but it was the first Netflix showdown between two heroes who could – you know – lift cars and bust through walls.

Matt Murdock had his hands freakin’ full in Daredevil’s second season when, while dealing with a ruthless one-man-army in the form of Frank Castle, he had to blast his way through a battalion of angry bikers. This was the first example of the Marvel/Netflix-verse actively trying to top itself by taking Season 1’s “Hallway Fight” to the next level. Matt’s skills were sharper, but his competition was tougher and the Devil of Hell’s Kitchen had to scratch, claw, and whip a chain to get down a ferocious flight of stairs.

Daredevil’s second season offered up not one, but two hellacious hallway fights. One happened a be a bit more murder-y than the other though as Frank Castle, in prison, found himself quickly betrayed by Wilson Fisk, whom he’d agreed to do a job for. Frank, now locked up with gang members out for blood, was forced to stab and bludgeon his way to survival.

Daredevil’s two seasons of epic closed-quarters fights were able to culminate, in a way, when The Defenders — the uneasy alliance formed between Matt, Jessica, Luke, and billionaire Danny Rand — found themselves targeted for death inside Midland Circle – aka Hand central station. The quartet was able to flatten their foes while using their different rough and tumble fighting styles. Matt’s boxing, Danny’s martial arts, and Jessica and Luke’s power game all came in handy while clashing with the Hand.

The only reason Billy Russo, Frank Castle’s former best friend, who’d known Frank’s family had been targeted for death, was able to escape this face-off with only half of his actual face off, was because of the bond the two men once shared. In The Punisher’s first season finale, Frank was able to put names to his pain and the final one to scratch off his list was Billy. The two met at the carousel where Frank’s wife and children died for a High Noon knock-em-out that left Billy scarred and practically brain dead.

The Defenders, as an eight-episode miniseries, stood as Netflix’s Avengers-style team-up. But before this entire pocket universe of gritty New York heroes got shut down for good, other spinoffs and miniseries were rumored. One was a possible Misty Knight/Colleen Wing “Daughters of the Dragon” offshoot. The other was an actual Heroes for Hire event series featuring Luke Cage and Danny Rand recreating their iconic pairing from the comics. We never got either, though both were teased as team-ups in Luke Cage’s second season. Misty and Colleen got into a fun bar fight with some creeps, while, in Episode 10, Luke and Danny joined forces to take down a drug den. It was a great moment for both characters as Luke lightened up and Danny was, well, the least-annoying he’d been to date.

Iron Fist, as a series, finally felt like it was finding itself by the end of Season 2 and the series as a whole had markedly improved on the action front, after notably underdelivering in Season 1, especially compared to Daredevil. Season 2 climaxed with some multi-pronged mayhem as Danny and Misty Knight (now with a cyborg arm) fought the unhinged Typhoid Mary, while Colleen Wing went toe-to-toe, or fist-to-fist, with Steel Serpent. Colleen managed to unleash her own version of the Iron Fist, as her glowing white hand collided with Davos’ dangerous, traditional red strike. In the end, Davos was stripped of his power and Colleen agreed to continue on as the Iron Fist in adventures we’re unlikely to ever see.

No one expected Daredevil to try and top its previous single-shot “Hallways Fights” in its third season. But, boy, it did just that. Matt Murdock, sans costume, found himself in a situation similar to what Frank previously experienced. Which is: When you enter a prison Wilson Fisk is in, or was in, that prison is controlled by Wilson Fisk. The one-shot showdown had now doubled in length, traversed multiple rooms and halls, included pauses for scenes of dialogue, and then brought in dozens of extras for prison riot purposes. It was extraordinary. And it wasn’t even the only standout fight season in Season 3.

Though the character of Ben Poindexter never donned the Bullseye costume in Daredevil’s Season 3, he still possessed all the trademark lethal marksman skills of Bullseye. While wearing Matt’s Devil costume, in an attempt to frame Daredevil for murder, Dex and Matt gave us a tantalizing on-screen taste of one of comics’ biggest and best rivalries. Matt may have had a close up advantage, but he eventually found himself overwhelmed and out-matched here as Dex turned every New York Bulletin office supply he could get his hands on into a piercing projectile.

In a terrific and tumultuous Triple Threat Match, Matt put it all on the line against both Wilson Fisk’s brute strength and the proto-Bullseye’s pulverizing precision. Matt successfully took down the secret king of New York crime while protecting Fisk’s wife, Vanessa, from Dex’s wrath. In the end, when the dust settled, Wilson agreed to go back to prison while Dex, thanks to Wilson, wound up put down and paralyzed, setting him up to fully take on the Bullseye persona in another tease for a future season that wasn’t to be. Regardless, the fight itself was one hell of a main event for the Marvel/Netflix-verse.

The Punisher’s second season had a handful of great fight scenes, but the most memorable arrived promptly in the premiere, as Frank Castle, trying to live a violence-free life on the road, using an alias, found himself squaring off against a half dozen trained killers in a bar. Realizing they were there to eliminate a teenage girl, Frank butted into their business and, as usual, left a swath of death and destruction in his wake.