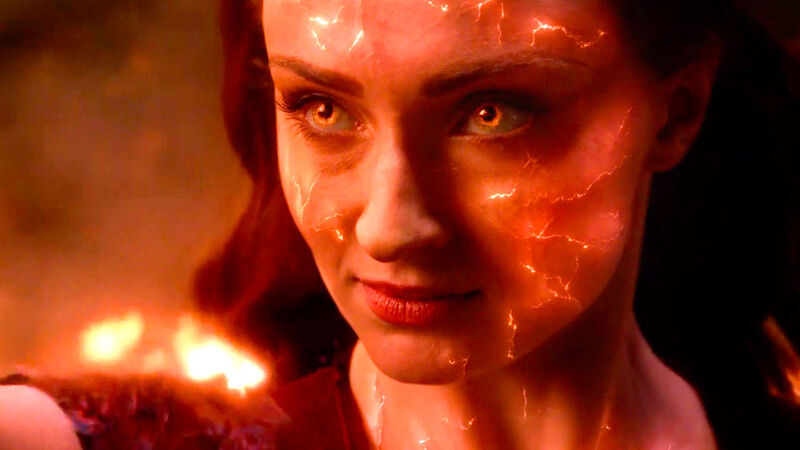 Ahead of the release of Dark Phoenix, we sat down with X-Men producer Hutch Parker and writer/director/producer Simon Kinberg to put some of the most burning fan questions to the creative pair – gathered from Fandom’s ardent X-Men and Marvel communities. Here’s what they said.

Big Plans Were Afoot for the X-Men

First up, Fandom Marvel community member, X9 The Android, posits that, “Kevin Feige reviewed the tone of the script [according to reports from CCXP in Brazil], and due [to] Disney cancelling all planned X-Men movies, Dark Phoenix will no longer be the first in a trilogy.” So what plans did the studio have for the X-Men beyond this film before the Disney acquisition?

Parker doesn’t discuss DP trilogy plans but does say: “We had a lot of ideas and a lot of things we were playing with … you know, individual storylines for certain characters. [We] also had begun to play with another movie for the whole cast.”

He continues, “It’s always been the case, we get a lot of irons in the development fire. Some of it is proof-of-concept work — you’re exploring different ideas and the universe. Not just the Marvel universe, but the universe of these movies, is moving quickly. Whether it’s literally in the Marvel [Cinematic]Universe or it’s a film done by another studio on another topic, they’re all relevant to the stories we tell and they keep raising the bar. So, making a film like this, you’re constantly in an adaptive mode so that you can stay current. And make sure that your ambition for pushing the envelope hasn’t become outmoded before you’ve come out, which is always challenging. But as a result, you have to explore a lot of options at any given time.”

It might sound like Parker is talking around the recent revelations that the ending of Dark Phoenix was changed because of its similarity to another superhero film – thought by some to be Captain Marvel which was released in March this year – ahead of Dark Phoenix‘s pushed-back release date. Kinberg, however, asserts that at no point did Marvel boss Kevin Feige ask them to make changes, in spite of Michael Fassbender (who plays Magneto in the franchise) suggesting that “spies” on set “stole” their ideas. In fact, despite being quoted as saying that Feige reviewed the script, Kinberg refutes that Feige intervened.

“What Marvel has is the right to read and review any of the materials in the movie,” says Kinberg. “I said that about Kevin [that he reviewed the script]; what I meant was Kevin had the right and the opportunity to read [it]. He had the script, I don’t know if he read the script. So that’s all I meant. That quote is taken out of context. But he never actually forced us to do anything; he’s never even asked us to do anything. He lets these movies operate on their own.”

With Dark Phoenix being a closing chapter for the X-Men universe in its current form, Eclectica737 asks if the MCU will adopt the storylines and ideas of the Fox Marvel movies?

Parker reveals that time travel, already introduced into the X-Men films via X-Men: Days of Future Past, and the multiverse is “something that we had begun talking about and looking at, and as a way to connect other dots. And I assume that’s stuff they will use. I assume that’s how they will bridge timelines and gaps.”

Of course, time travel is something introduced into the MCU recently via Avengers: Endgame, with the multiverse teased for the upcoming Spider-Man: Far From Home.

One of the most asked questions by the community, however, posed succinctly here by MutantLivesMatter, has to be: “What made you decide to adapt Dark Phoenix as the next film after Apocalypse?”

“Why this movie now?” repeats Kinberg. “What I’ve loved about the ‘Dark Phoenix’ saga in the comics was that it had a moral complexity to it. It wasn’t just good and evil, it was a character that you had grown to love as a hero going dark. That massive power [she acquires via the Phoenix Force] is something that she can’t control, and in not being able to control it she becomes dangerous to herself, her friends and to the world.”

For Kinberg, that has echoes in the real world.

“I was thinking about it after Days of Future Past, while we were making Apocalypse,” says the director. “I was thinking, ‘What is the next movie that I feel like this universe should tell right now?’ And as I was feeling the world slipping into some measure of chaos — this was before Donald Trump was elected as president, this was before Brexit, it was before the world really slipped into chaos — but it was feeling like there was this sort of movement quietly happening in the world. There were revolutions happening in countries all over the world, and the notion of good and bad, and establishment power and new power, and what technology was doing and the upheaval of technology in the world, it all just felt like one of the most interesting and morally complex times we’ve lived in.

“And so I was thinking to myself what is the most morally and ethically complex story that’s ever been told in the X-Men universe? And my mind immediately went to Dark Phoenix. It’s a story that I’ve always wanted to tell properly, with the Dark Phoenix as the centre of the movie, not the secondary plot of the movie as it was in X-Men 3. [I wanted to] really tell it in a way that was emotional, and character-centred and character-driven — and really explore what it is when you have power that is too great. Because I feel like that is ultimately being proven – obviously, it’s born out in at least America, and in other countries too that I don’t want to name for fear of recriminations – but, all over the world there is this feeling that there are people who have immense power and they are wielding it in ways that are dangerous, and that is careless.”

Kinberg also admits to feeling buoyed and emboldened by the success of Logan.

“After the success of Logan, I felt like we had a license to tell a more stripped down, emotional, intense character story the way that Jim Mangold did so brilliantly in Logan. Even though this movie has, obviously, big visual spectacle that wouldn’t necessarily be in Logan — you wouldn’t have sequences in space, you wouldn’t have aliens in Logan — this movie could at its core have the kind of emotional sophistication, or at least aspire to have the emotional sophistication, that that movie had.”

Hutch Parker, meanwhile, felt like the Dark Phoenix saga allowed them the opportunity to get the balance right.

“Post-Apocalypse, we felt a little bit like the spectacle of that upstaged the characters and that we wanted to get back to our roots, so to speak,” says Parker. “Which is back to something more character-based, [to] be able to get a little bit further inside the characters and find a story that gave us a more centralized conflicted narrative. Dark Phoenix checked all those boxes.”

A Different Kind of Wolverine

Given that Dark Phoenix marks the end of a chapter in a similar way to how Endgame spells the end of the MCU as we’ve known it – and given that when we asked the Russos what they’d change about the MCU they said they might not have killed off Loki – what would Hutch Parker change about the 19-year run of the X-Men universe?

“Honestly, the biggest thing I would change is I wish we’d gotten to where we are in Dark Phoenix sooner,” he admits. “Years ago, when I was at the studio, I developed a script for a Wolverine film with David Benioff that was a very gritty, dark drama. And it’s because I’ve always been more interested in the psychological and emotional underpinnings to these characters. As much as I love their powers, it’s really what their powers invite psychologically and emotionally that I’m drawn to. And it was probably too soon in the world of these movies for that one, and it didn’t get done the way I’d hoped it would, but I feel like we should have evolved sooner towards this direction.”

Dark Phoenix hits screens in the UK on June 5, Australia on June 6 and the US on June 7.