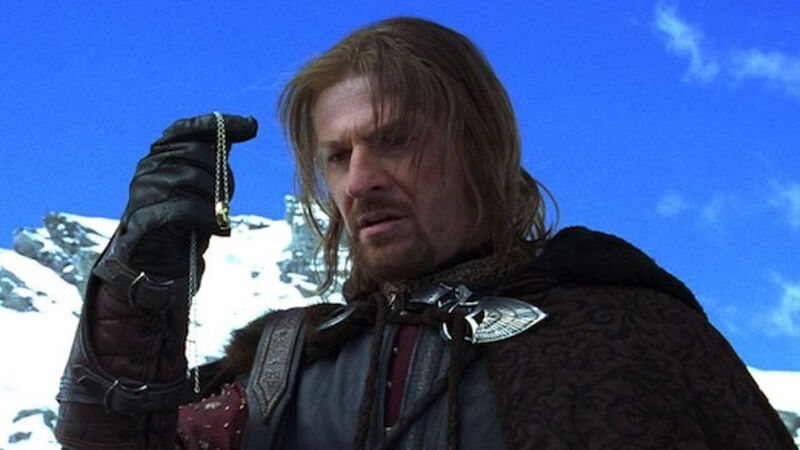 The Deaths that Hurt the Most: Boromir from ‘The Lord of the Rings’

We have grown desensitized to death in our film, television, and gaming diet. Life is often cheap in entertainment. But sometimes the creators in media find a way to make a connection that goes beyond the norm and makes us truly feel. In this column, we share the deaths that hurt the most. The ones that stick with us long after they’ve moved past our eyes. Today we mourn the loss of Boromir, son of Gondor, from The Lord of the Rings.

Sean Bean has earned a reputation for playing characters who die, but none of his various fatalities strikes a chord quite like that of Boromir in Peter Jackson‘s adaptation of J.R.R. Tolkien‘s fantasy masterpiece, The Lord of the Rings. Jackson’s trilogy is more accessible to fans than the sprawling epic Tolkien committed to print. Bean and his co-stars are fantastic, bringing life to the characters of the Fellowship.

Boromir is a strong, brave soldier who is deeply loyal to his homeland of Gondor. The first time viewers see him is at the Council of Elrond in Lothlorien, where the future Fellowship have gathered to determine what to do with the One Ring. Boromir wants to take the ring back to Gondor to protect it against neighboring Mordor, where the evil Sauron has gathered his orcish forces. The most important thing to Boromir is protecting the people of his kingdom. He wants only to keep Gondor safe, despite a telepathic message from Galadriel that Gondor will fall.

As the eldest son of Denethor II, Lord of Gondor, Boromir won his father’s affections by being a good soldier. He was strong, able to swing a massive sword one-handed and still use his signature circular shield. His father became morose after the death of Boromir’s mother. He was harsh on his sons, but Boromir did everything he could to protect his younger brother, Faramir. The two were close and fought together in the battle for a vital bridge in Osgiliath. (He, Faramir, and two others were the only survivors of the battle and had to swim across a river to reach safety.)

Boromir is easy to identify with because he’s human in a fellowship with hobbits, a wizard, an elf, and a dwarf. The only other human, Aragorn, is some kind of legendary hero. Boromir is a son of man, with human interests and needs. His interactions with his fellow travelers makes him lovable, especially a sequence in which he teaches hobbits Merry and Pippin the art of swordfighting. The three end up wrestling on the ground and Aragorn must break it up, but everyone is laughing. Boromir is that cool uncle that taught you stuff that made your mom mad. He’s the good guy that’s just a little rough around the edges, a scoundrel with a warm heart.

Unfortunately, Boromir’s desire to protect his homeland makes it easy for the evil powers of the ring to corrupt him. He doesn’t want to destroy the ring, as he believes it is a powerful weapon against Saruman. His greatest moment of weakness comes when he tries to steal the One Ring from Frodo. The hobbit uses the ring to disappear and flees. Aragon orders Boromir to go with Merry and Pippin on a search for the missing hobbit. Orcs surround the trio on their search. Though Boromir fights them off well enough to give the hobbits time to flee, he is mortally wounded.

As Boromir dies, he tells Aragorn that he failed, that his kingdom will fall. He regrets his attempt to take the ring from Frodo and condemns his own actions. In his final moments, Boromir does not worry about his death, but rather the people he believes he has failed. Legolas, Gimli, and Aragorn give him a proper funeral, sending him off in a boat while singing a personalized eulogy, “Lament for Boromir.”

Boromir earned the respect and admiration of those around him. The members of the Fellowship feel his loss keenly, and his family mourns him. He was even respected by the orcs, as the orc commander Uglúk brags that it was the Uruk-hai who “slew the mighty warrior.” Boromir was a loyal steward, a mighty soldier, and a good man in a world fighting the darkest of forces.