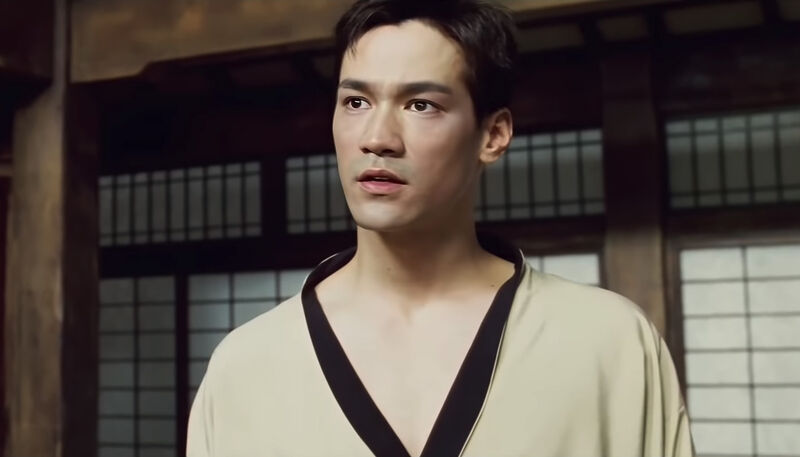 How Deepfakes Could Literally Change the Face of Movies Forever

Just this week, thousands upon thousands of fans descended on San Diego for Comic-Con, where they gathered to worship their heroes and catch the first ever glimpse of the future of movies. New faces and familiar faces took to the stage, where they became inextricably linked with iconic characters of pop culture, forged together in the cauldron of hype. But, as we know, movie casting can be hit and miss, and if it turns out that an actor is wrong for a role, or isn’t accepted by the fans, there’s no way to scrub that movie from the record without investing a lot of time and money and burning a lot of goodwill in a costly reboot.

The practicalities of recasting are challenging. Ridley Scott performed minor miracles when he recast the disgraced Kevin Spacey with Christopher Plummer at the eleventh hour in All The Money In The World, but he only pulled it off thanks to a compliant cast and a production that was small scale and flexible. Releasing a movie with the wrong man or woman in a key role could spell the end of a film, a director, even a studio — there are no do-overs in this industry.

At least, there weren’t until now.

FAKE IT ‘TIL YOU MAKE IT

Deepfakes sound like the stuff of fantasy, but they are very real, very effective and very scary. Deepfakes are videos where a different face is overlaid on an actor in existing footage, but appears to be perfectly in sync with the dialogue and action. We’re not talking about incongruous head transplants or amateur editing here — a polished deepfake can be utterly mesmerising and completely believable. With no new performance needed, and using only accumulated data and sophisticated mapping technology, an actor who never set foot on set can be cut into a movie which he or she had nothing to do with — and they don’t even have to know about it.

Like all new applications of technology, the practice of deepfaking found its feet in pornography, when bedroom engineers with too much, er, time on their hands would map a famous face onto an existing adult film star to get their kicks. As deepfake technology improved, the edits got smoother, and the results more imaginative. Many humorous examples started to go viral, including one rather unsettling video of Steve Buscemi‘s face on Jennifer Lawrence‘s body — nightmare fuel if ever you needed it.

Naturally, because everything is terrible, there is concern that deepfake technology could be used in information warfare, or rather disinformation warfare. We live in a post-truth politics era, where black can be argued as white and cries of “fake news” are commonplace — the ability to create a video where anyone can say anything is a dangerous tool indeed. Representative Adam Schiff, Chair of the House Intelligence Committee, recently warned Congress that deepfakes “enable malicious actors to foment chaos, division or crisis and they have the capacity to disrupt entire campaigns, including that for the presidency.” And you thought Jennifer Buscemi was frightening.

However, there is another side to deepfake technology, one that’s neither unsavoury nor undemocratic — their potential for entertainment. Movie studios have no use for deepfake technology — they already have the ability to create performances out of thin air (just listen to a testimonial from any actor from the last few Avengers movies, and hear tales of them being completely unaware which parts they actually shot and which were digital composites born straight from a render farm). Deepfake technology is open source, shareable, inexpensive and relatively easy to master, meaning it represents a huge opportunity for communities of hardcore film fans to remix their favourite movies, invent unholy franchise mash-ups and make previously impossible dream castings a joyous reality.

Wish Marvel had stuck with Wesley Snipes for the forthcoming Blade reboot? Deepfake technology could erase Mahershala Ali’s performance out of existence if you so desired. Want to see how original actor Dougray Scott would have portrayed Wolverine before reshoots led to Hugh Jackman getting cast? Dougray Scott sure would. Think Jake Gyllenhall would have made a better Spider-Man than a Mysterio? Someone is probably working on it right now. There is no limit to what movie deepfakes can potentially achieve — except for, of course, the great leveller that is the multi-million dollar studio lawsuit. So expect deepfakes to stay underground and unofficial for now.

YouTuber Ctrl+Shift+Face is one of the web’s most prominent movie deepfakers, and has gifted the internet with several magical creations, ranging from the curious to the deeply demented. One of his videos shows an alternate Hollywood history in which it was Sylvester Stallone who was cast as the Terminator and not Arnold Schwarzenegger. Another shows what The Shining would have looked like if Stanley Kubrick had a sense of humour — and a time machine — by casting Jim Carrey in the lead role instead of Jack Nicholson.

His latest video, which composites the face of Bruce Lee onto the performance of Keanu Reeves in The Matrix, is insanely effective. This is no clumsy edit or copy-paste from one movie to another — every nuance of Reeves’ performance, from his subtle smile to the thumbing of his nose, is replicated with pin-sharp accuracy. If you showed the clip to a lay person, they’d probably have no idea the movie was released 26 years after Lee’s death. So how is it done?

“I extract the data for the source and the target actor,” Ctrl+Shift+Face told us. “Then I train the model, convert and stitch together using software called DeepFaceLab, then polish and post-process. They take 3-5 days on average to create.”

THE FUTURE IS FAKE

Ctrl+Shift+Face’s clips are just fun ‘what if?’ projects which he creates for kicks, but the technology is available right now to create full-length movie deepfakes. “The software is still not perfect, and I would need a much faster GPU for movie quality, but in theory it’s possible,” he says. “I got most of the Jack Torrance parts from The Shining swapped, so I could edit it into the entire movie… but I won’t.”

Movie fandom is famously fickle and tastes shift like the wind, so imagine a world in the near future where disgruntled fans could hop online and download a version of their favourite movie starring any famous face that takes their fancy. It’s really not that far-fetched.

“In the future, movie DLC [downloadable content] could be possible, with different actors in the lead role,” says Ctrl+Shift+Face. “We can even bring back actors that are no longer with us.”

This is perhaps where deepfake movies have the most potential to thrive. Studios would have to jump through all manner of legal hoops to revive a long-dead actor in an official project — not to mention weather the inevitable moral outrage (we’ve seen this to a degree when Rogue One resurrected Peter Cushing). But an unofficial deepfake wouldn’t be bound by any such limitations. With enough dedication — and disregard for likeness rights and royalties — anyone could feasibly shoot a low-budget action film on the cheap, gather enough raw source deepfake data and release it on the web as the new Steve McQueen (Bullitt, not Widows) movie. That’s the kind of marketing message the movie studios just can’t go near.

The fact is, deepfakes are yet to realise their true potential. For now, they’re fun distractions, and are still relatively easy to spot if you have a keen eye and a good knowledge of film history. But, given enough time and with necessary malice, a different kind of ‘bad actor’ could make deepfake videos a very real problem for Hollywood and beyond.

We asked some of Fandom’s most ardent community members what deepfakes they’d create if they had the technology at their fingertips. Here’s what they said:

“Edward Norton in place of Mark Ruffalo in The Avengers…” — ShoaibPhoenix4

“Anakin Skywalker with Heath Ledger. I think he could have done a great job playing Anakin.” — I screams

“Medici, in Dumbo (2019) played by Danny DeVito. I think someone else would’ve made a better performance, such as John Goodman.” — Quinley Hatt

“I just want to see Jeff Goldblum as Galacticus, even if it is not in a movie.” — Minillasuarus

“I would put Gilbert Gottfried’s face on Thanos, because that would be hysterical.” — Greater good

“max riemelt as clint barton because jeremy renner’s version is dryer than the sahara desert.” — Euphoricsenses