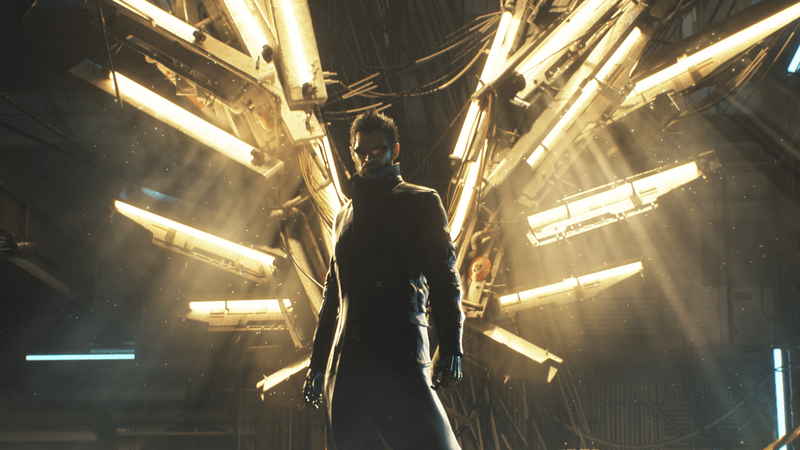 ‘Deus Ex: Mankind Divided’: What We Learned From the “101” Trailer

Square Enix just released a new trailer for the upcoming Deus Ex: Mankind Divided, the sequel to the well-received Deus Ex: Human Revolution. Players will again assume the role of cybernetic truthseeker Adam Jensen, who’s still on the heels of the Illuminati. The trailer serves as a bit of a refresher of what to expect from the game’s plot and mechanics. With the pro- and anti-augmentation hostilities at an all-time high, it’s up to Jensen to shoot (or sneak) his way to the truth. Check out the trailer here:

The Deus Ex games take place in a near future where cybernetic human augmentation has begun to take hold, driving the world into pro and anti camps. People with cybernetic augmentations must routinely take Neuropozyne, an expensive commercial drug that prevents the body from rejecting the augmentation. As a result, augmentation provides radical advantages, but only for those who can afford it.

The Incident, or Aug Incident, Jensen refers to is a key event occurring during the events of Human Revolution. The Illuminati, in a plot to solidify their global control, succeed in implanting new biochips in augs that allow them to be remotely shut down. Unbeknownst to them, one of their own members hijacks the new chips via a remote signal that temporarily drives all augs insane, resulting in global riots and the deaths of millions. Jensen shuts the signal down, but the damage has been done. As intended by the rogue Illuminati member, the plan overwhelmingly succeeds in stoking global anti-augmentation sentiment, and all augmented persons are segregated into government-run ghettos.

Led by Talos Rucker, the ARC is a group of augmented activists fighting for the embattled human rights of augmented people. While the organization has no government affiliation, it has massive support from the augmented and pro-aug civilians of the world. The group is suspected of terrorist attacks, and Jensen is sent to detain Rucker during the events of Mankind Divided.

In Mankind Divided, Adam Jensen finds himself tenuously aligned with Task Force 29, an Interpol-funded, anti-terrorist response team. The team is primarily tasked with quelling the violence between pro- and anti-aug extremists groups, although its ideology seems to lean more towards anti-aug. As the only augmented person on the team, Jensen is the odd man out, subject to his teammates’ prejudices. But the task force provides Jensen with exceptional access to key players in the global conspiracy, an opportunity too valuable to pass up…

While the Illuminati is a popular conspiracy in the real world, it’s all too real in the world of Deus Ex. A shadowy group composed of rich and powerful, the Illuminati attempts to control and guide human progress by any means necessary. In the world of Deus Ex, they were directly responsible for the Aug Incident and the child experimentation that created Adam Jensen, among other things.

One of the key parts of the Deus Ex games has been the decision to sneak silently through a level and avoid kills or take the Rambo approach and go in loud. Maps are designed to support both choices, and the player can build their character to better suit their approach. As the trailer illustrates, the player’s actions have consequences, and the reactions you get from NPCs hinge heavily on your decisions.

Jensen is equipped with a military grade explosives system in his chest that when used causes a massive area of effect blast that destroys everything in the area. Over-powered, you say? True, but ammunition for it was quite rare in Human Revolution, and unless it’s been hit with the nerf hammer, we’ll have to assume it’ll be scarce in Mankind Divided as well.

Like in the previous Deus Ex, Jensen will be able to use his super buff robo arms to knock holes through walls, which opens new paths, gives access to secret loot, and in a lot of cases allows him to avoid enemies.

Jensen is shown using the Icarus Landing System several times in the trailer. This augmentation allows Jensen to literally get the drop on his enemies by falling from great heights without taking damage and knocking them out. The system can be upgraded, allowing Jensen to create a powerful shockwave when he lands, stunning all nearby enemies.