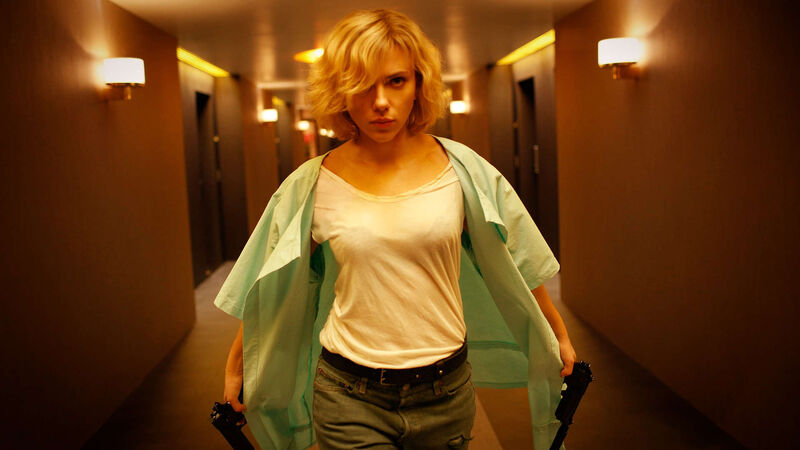 7 Disappointing Movie Endings and How They Should’ve Finished

Not all movies have a happy ending. Some don’t have decent conclusions that make any sense at all. A weak movie ending can really bum you out and overshadow anything that proceeded it. It also has the potential to highlight the flaws or great moments that came before it. Here are a few films that ended and left people wondering what could have been — along with some thoughts on what could have been.

The Lord of the Rings: The Return of the King

In The Return of the King, after nine hours of running, story expounding and lanky CGI schizophrenics, we are treated to a non-fight with the hordes or Sauron as they plummet to their doom for no good reason. If that isn’t enough, the film refuses to end, tricking folks with four separate fade-outs, all culminating in Samwise Gamgee literally going home. All of this comes after the good emotional endings as well.

I never read the books, so it’s hard to say where the story should have ended. From the standpoint of a person who was sitting in a theater for over two and a half hours, pick one and fade to black already. Perhaps with the scene where the king returns, since its, you know, The Return of the King.

War of the Worlds

In War of the Worlds, as civilians fall around him, Tom Cruise’s Ray Ferrier and his two kids make a run for their grandmothers home. Lucky for him, the aliens can’t tell whether to disintegrate humans or harvest them. The most significant issue with this film is, despite impossible circumstances, everyone in Cruise’s life survives, right down to the ex-wife and silly rebellious son.

Are you telling me everyone survives all that nonsense and then the aliens sneeze to death? I say no thank you. That film had zero emotional weight by having Ray come out the other end of an alien invasion in the same place he started — a deadbeat dad dropping off his kids. The movie spends all this time forcing Ray to be a good dad to his one surviving kid. Let it end that way. Allow Ray to become a single father and feel the guilt of losing his son and ex all in one miserable, alien-filled night.

Eagle Eye sees Shia LaBeouf and Michelle Monaghan carry out tasks for a lady on the phone who holds Monaghan’s kid “hostage.” It turns out the woman on the phone was a competent Alexa clone the whole time hoping to destabilize the government. Here is another film where we are duped into believing the main protagonist is sacrificed only to have the minimal emotional weight removed minutes later when they are revealed to be alive and well.

Instead of undoing the death of the main character, lean into it and end the movie on the fact that Ms. Monaghan’s kid is alive and well. All because of Shia’s sacrifice. Sure, a computer got the best of him, but he dies a hero.

Lucy is a film about a lady using drugs, gaining 100% of her brain power, and turning into some sort of computer demi-god. At the very end, after transcending her human form, her new form hands Morgan Freeman a flash drive — let that sink in — with all knowledge attached. Let’s hope an intern doesn’t format that bad boy.

A flash drive is just unacceptable. Perhaps transform into an SSD with all human knowledge on it? A flash drive is unreliable, potentially incompatible, and woefully out of date. Why not exist as a living supercomputer and be available to everyone? Seems shortsighted for a being using 100% of her brain.

Is Batman dead? Was Alfred dreaming Bruce’s ideal retirement? Did Bruce find out where Alfred would be just to dramatically reveal he was alive? Did Nolan not know that “Robin” isn’t actually Robin’s name? The Dark Knight Rises left us with so many baffling questions and unnecessary interpretations, it tainted an already questionably enjoyable film even further.

If this was to be the final in the Nolan Batman trilogy, take a hard stance and kill Batman. No questions. His noble act would elevate the character to legendary heights within the Nolan Batman universe. We also didn’t need the clunky, pandering nod to the Boy Wonder. His name is Dick! Get it right.

In X-Men: The Last Stand, Wolverine and his cadre of mutants battle to stop the Brotherhood of Mutants from destroying the source of a mutant gene cure. Our heroes fight an endless army of nothing mutants, and Magneto takes a fist full of mutant cure to the chest, rendering him powerless. The final scene shows Magneto, who we believe has lost his powers, wiggle a metal chess piece. Turns out that mutant cure wasn’t so cure-like after all.

The Last Stand had all the makings of a great comic book movie, marred by stale action scenes and the unnecessary deaths of two major characters. The very end of the film is fine — it’s the final battle that is a mess. Are you telling me you have the opportunity to pit Juggernaut against Colossus and you don’t do it? You better film that CGI battle! Give us a spectacle to root for, unlike the Brotherhood chucking cars at stationary X-Men. Thankfully Deadpool 2 corrected Bryan Singer’s oversight.

Yet another entry on the list of heroes valiantly sacrificing themselves, only to be resurrected in the silliest ways. Tom Cruise plays Lt. Col. Bill Cage who is infected by invading aliens and is able to die and repeat the day. In the end, Cage dies while taking out the head alien. Before the credits roll, Cage shows up once more, having benefited from one more time jump, which leaves the aliens dead and his posse alive and well.

I can’t stress this enough — not every story requires the hero to make it to the end. Their sacrifice is what makes the ending special. The hero dies, the threat is eliminated, everyone else gets to live on. Rewinding time is an even lazier way of giving up the hero back. Next time, just have everyone get iced, aliens included. End on a black screen with the words, “Oh well” up there. Awards galore.