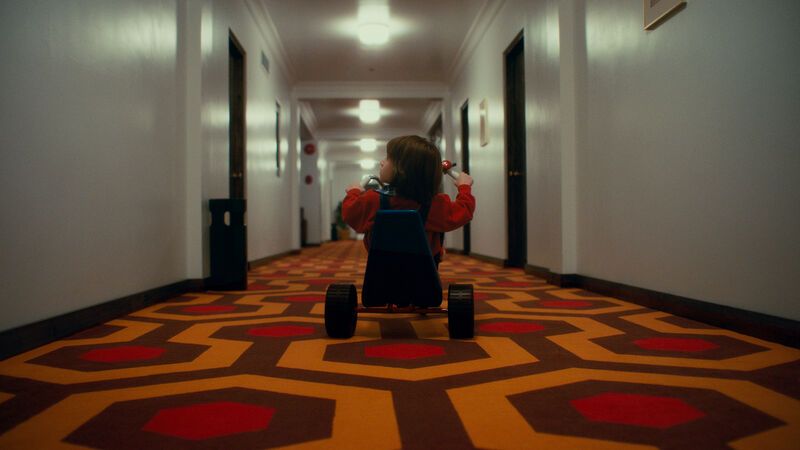 SPOILER WARNING for Doctor Sleep! If you haven’t seen the film, some key scenes – including one from near the end of the film – are discussed below.

Director Mike Flanagan has spoken about the difficult balancing act he was working to achieve with Doctor Sleep, seeking to craft an adaptation of the Stephen King novel that King himself approved of, while also delivering a cinematic follow-up to Stanley Kubrick’s film version of The Shining – a movie King has always greatly disliked.

It’s a testament to Flanagan’s skills that he has achieved this goal, and one notable aspect of the movie is how he approached bringing back characters from The Shining. While Ewan McGregor is playing an adult version of Danny Torrance, there are pivotal sequences – some of which recreate moments from The Shining, others that take place in its aftermath – that called for the child version of Danny to return. Not only that, but we see his mother Wendy Torrance again, and Overlook Hotel chef Dick Hallorann (whose death hasn’t stopped him from communicating with Danny).

And of course we ultimately get one big scene that brings back Danny’s father, Jack Torrance, so memorably played by Jack Nicholson in the original. But rather than use digital effects to depict a younger Nicholson, Flanagan had Henry Thomas take on the role. Thomas is of course cemented in cinematic history as Elliot from E.T. the Extra-Terrestrial, and in recent years has become a frequent collaborator of Flanagan’s, with roles in Ouija: Origin of Evil, Gerald’s Game, and The Haunting of Hill House (Thomas also played a young Norman Bates in 1990’s Psycho IV: The Beginning, meaning he has now portrayed two of the horror genre’s most famous characters).

The other returning characters are also played by different actors, with Alex Essoe taking over for Shelley Duvall as Wendy, Carl Lumbly taking over for the late Scatman Crothers as Dick, and Roger Dale Floyd as the young Danny, who was played by Danny Lloyd in The Shining. And while all are made to closely physically resemble the actors from The Shining, none of them are doing specific mimicry of them, which is most notable with Thomas, who isn’t trying to speak in Nicholson’s oh-so famous voice…

Speaking to Fandom about his approach to bringing back these characters nearly 40 years later, Flanagan said, “The demands of the story made it clear from the beginning. We had to have Wendy. We had to have little Danny. We had to have Dick Hallorann. They weren’t going to be the same actors. It was impossible. So once you get into that, you have two choices.”

Those choices were use different actors all-together, or use digital techniques to recreate the actors from The Shining, as they looked then. As Flanagan noted, “Even if you have the same actor performing the part, you have a digital avatar. You have digital or not.”

Flanagan explained he thought it would be especially disruptive to use different techniques for some characters vs. others, explaining, “Whatever we did, I wanted to do for everybody. So if we had digital Jack, I wanted to have digital Shelley. And then I thought if five minutes into the movie, I’m watching a digital Danny Torrance ride a big wheel through the Overlook, I’m just making a video game. That felt disrespectful. In the way that rebuilding the sets and going through the work of recreating things felt like tribute, this felt like theft – the idea of just taking someone’s image and doing that. So I shut that door. No digital. Then what? I don’t want people to do impressions. Because that would be disrespectful. That would be parody. So if we’re not doing impressions and we have to recast, let’s find actors that remind me of those original characters, who push my memory toward that but who are still playing Wendy Torrance, not Shelley Duvall.”

Of course once that decision was made, Flanagan said, “It lead to the elephant in the room… Jack. Doing a Jack Nicholson impression would be fatal to the movie. Fatal. And I really wanted to do that scene. That scene was the scene I pitched to Stephen King that made him say ‘Yes, go ahead and bring back the Overlook.’ That scene was critical to me and critical to Ewan.”

In Doctor Sleep, when Dan encounters the ghost of his father inside the Overlook, Jack is now playing the “role” of Lloyd, the Overlook bartender, much as Jack himself once spoke to a different incarnation of Lloyd. It’s a critical moment in the film, as Dan both confronts his father face-to-face – even as Jack tries to deny who he is – and the alcoholism he inherited from Jack that he has worked so hard to overcome.

Flanagan said going into making Doctor Sleep, he asked himself, regarding having Jack Torrance appear, “So what do you do there? We had a roadmap, thanks to Kubrick. He showed us how to handle Jack in the way he handled Delbert Grady [in The Shining]. Delbert Grady denies he’s Delbert Grady. Delbert Grady says ‘You’ve mistaken me for someone else. I’m just a waiter,’ until the moment for just a second where you see the real man peak out over that mask. I loved that. I thought if that’s the approach, we approach Jack the same way Kubrick approached the last caretaker and then I don’t need an actor to come in and play Jack. I need an actor to come in and play Lloyd. That cracked the whole thing open.”

When it came to casting Henry Thomas as Jack Torrance, Flanagan said, “Henry is someone I love and trust. He’s family. We’ve worked together so much. I can say to Henry ‘I trust you with this. I believe you can do this because I believe you can play Lloyd 98% of the time. And let’s together find that 2% where you let Jack out a little bit. I’m talking tip toward him. You do not try to do his voice, or his mannerisms. You just feint toward him. A little. Just to remind me of him.’ That way the scene is about what it’s meant to be about, which is Dan talking about how he remembers his father, and about his own addiction. That way, the scene’s about Ewan McGregor looking at the glass. It’s not about Jack. That let us focus on what was truly important, knowing it was probably going to be the most controversial scene of the movie.”

Flanagan understood the arguably “no-win” situation he was in having any depiction of Jack Torrance, remarking, “Half the people that saw it would never like anything about it or would hate that it existed at all. That was freeing! If we’re not going to please everybody, let’s do it the way we feel is most respectful and serves Dan in this moment. That seemed like the way to go. We walked through every path thought. We left no stone unturned. I believe though, in my heart, that the way we did it is the only way we could have. It’s my favorite scene of the film. I hope people like it.”