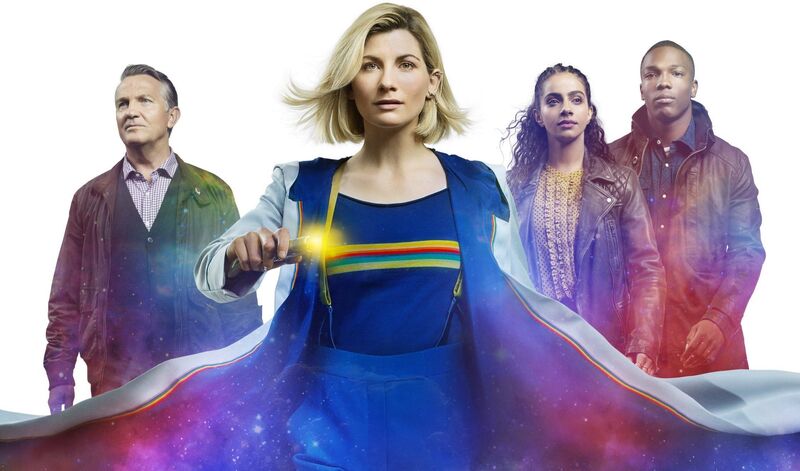 SPOILER WARNING: The following article contains spoilers for the finale of Series 12 of Doctor Who. Proceed at your own risk.

Chris Chibnall may be the most obsessed man in television. After all, the showrunner of Doctor Who – who took over the reins on the BBC sci-fi staple in 2018, introducing Jodie Whittaker as The Doctor in the process – has just dedicated the thrilling finale of Series 12 to plugging a seemingly minor but contentious plot hole that has hung over Who fandom for decades.

Flashback: it’s 24 January, 1976, and the BBC has just aired the final episode of The Brain of Morbius, a four-part serial featuring Tom Baker’s Fourth Doctor and Elisabeth Sladen as his companion, Sarah-Jane Smith. The main arc saw The Doctor matching wits against the eponymous Morbius, an evil Time Lord, exiled from Gallifrey and seeking to create a new Frankenstein’s Monster-esque body to house his brain and cheat final death. The story would have likely been absorbed into the amorphous mass of Classic Who tales were it not for one particular scene – The Doctor and Morbius having a “mindbending” contest.

Described as a form of “psychic wrestling”, the roughly minute-long sequence saw the Fourth Doctor recall images of his prior incarnations, in reverse order. Jon Pertwee’s Third Doctor, Patrick Troughton’s Second, and William Hartnell’s First all pop up – but then eight more unknown faces appear, all while a distraught Morbius exclaims “How far Doctor? How long have you lived?!”

The show’s producer at the time, Philip Hinchcliffe, had intended for these faces – in reality, all crew members on the show – to imply that Hartnell was not the First Doctor, only the first that viewers had met. However, like countless other plot points introduced over the show’s 57 years, it was never directly followed up on. Instead, fans spent the decades since The Brain of Morbius arguing over who those faces were – earlier Doctors? Future Doctors? Morbius’s previous regenerations?

It would take more than 40 years to get a definitive answer, but one finally came in Chibnall’s finale to Whittaker’s second year as The Doctor, The Timeless Children. The term “the Timeless Child” was itself seeded in 2018’s “The Ghost Monument“, showing Chibnall’s long-term plan, but ignored for the rest of that season. However, in an episode chiefly devoted to The Master (Sacha Dhawan) converting dead Time Lords into endlessly regenerating Cybermen, Series 12 also packed in the revelation that The Doctor herself was the mythical figure of The Timeless Child, with a far longer lifespan than viewers had previously suspected – and that she was unwittingly responsible for Time Lord society.

Here we enter spoiler territory: The Doctor, it turns out, is not from Gallifrey at all. Instead, she was discovered as a young child – a dark-skinned girl – on an unnamed world, seemingly having fallen out of a gateway to another dimension. Taken back to Gallifrey and raised by the scientist and explorer, Tecteun, her ability to regenerate is discovered and studied (it is grimly implied Tecteun forces regenerations on her “child” over the years), and eventually genetically replicated in the indigenous Gallifreyans. At some later point, her memories of this are wiped away by the Time Lords, leaving her only with the recollection of growing up on Gallifrey and becoming Hartnell’s First Doctor.

As The Doctor’s memory of her true past is revealed to her, we see her previous incarnations, back to Hartnell but also including those faces glimpsed in The Brain of Morbius. It’s now clear – The Doctor has a vast and unexplored history preceding the First Doctor, and Chibnall has closed a decades-old plot hole.

What’s really remarkable though is how much this twist gives back to the show. Although Doctor Who’s continuity has always been mercurial, with some elements – such as a maximum of 12 regenerations – sticking in the canon while other ostensibly important points get glossed over, many of the central character’s secrets had been revealed over the decades. Now, mystery is back at the heart of the series.

We once more don’t know who The Doctor really is, where she’s from, how she arrived in ‘our’ universe, where her abilities come from, how many lives she’s had, and myriad other quandaries. We don’t even know if the girl found by Tecteun is her first incarnation – she could have had millennia of experiences before falling through a rift in time and space. And, while the source of the Time Lords’ biological abilities is now revealed, we have to wonder where their time travel technology comes from – it was previously thought to have been created by Omega, but with the very foundation of Gallifreyan society revealed as a lie, can this account be trusted? As the audience, we get to ask questions again, and that’s tremendously exciting.

The revelation opens up the Doctor for some potentially fascinating character studies for Chibnall and future showrunners to pursue. Will she distance herself from Gallifrey and its legacy, knowing now how she was abused and manipulated by the Time Lords, or feel responsible for their actions as the effective progenitor of their race? It also removes some obstacles the show had built for itself over the years. The limit of a regeneration cycle is gone, allowing the show to run potentially forever, while allowing supporting media – comics, novels, games, and more – to explore the Unseen Doctors of regenerations past.

‘Doctor Who’ Future: Diversity and ‘Division’

Perhaps most importantly, the new status quo allows the Doctor to be anyone; any gender, any ethnicity, any age. There was never any reason a time-travelling alien who shape-shifts upon death only to live again should solely exist as a caucasian man, and now future – or narratively, past – Doctors can take any form. In fact, they already have, with The Timeless Children showing past regenerations as male, female, and a multitude of ethnicities. The show can, and will, be more diverse than ever going forward – bad news for anyone who was apoplectic over Whittaker’s casting, good news for everyone else.

Chibnall hasn’t just ended the series with a blank slate though – he’s set up some very specific plot threads to be addressed in future. The reason The Doctor doesn’t remember her pre-Hartnell past is because the Time Lords wiped her memory of involvement with a Time Lord black ops unit referred to as “The Division”.

This would appear to be where the Fugitive Doctor – a previously unseen incarnation of the time-traveller played by Jo Martin, introduced in “The Fugitive of the Judoon” – fits into their shared timeline, but it also begs the question of what else the Doctor did while in their employ, how Martin’s Doctor tried to escape, and how she fits back into the known continuity. The same episode reintroduced John Barrowman’s immortal Captain Jack Harkness, whose presence is still to be explained. Hopefully, the next series will return to these points at the very least.

Of course, The Timeless Children introduces some meta-questions and seeming inconsistencies of its own. Some are easily explained – Matt Smith’s Eleventh Doctor wasn’t granted more regenerations by the Time Lords, they merely removed psychic blocks they had placed on his natural ability – but others, such as why The Doctor has two hearts like all Gallifreyans if she’s not from there, or why Clara, companion to Matt Smith and Peter Capaldi’s Doctors and once scattered through time meeting all his incarnations, never went before Hartnell, remain to be explored.

Then again, 44 years ago, no one expected a few faces thrown into a psychic wrestling match would inspire a wholesale reinvention of Doctor Who, but Chibnall’s obsession with continuity has refreshed the show to its very core. Years from now, if we’re lucky, the “plot holes” The Timeless Children throws up could lead to something even more exciting.