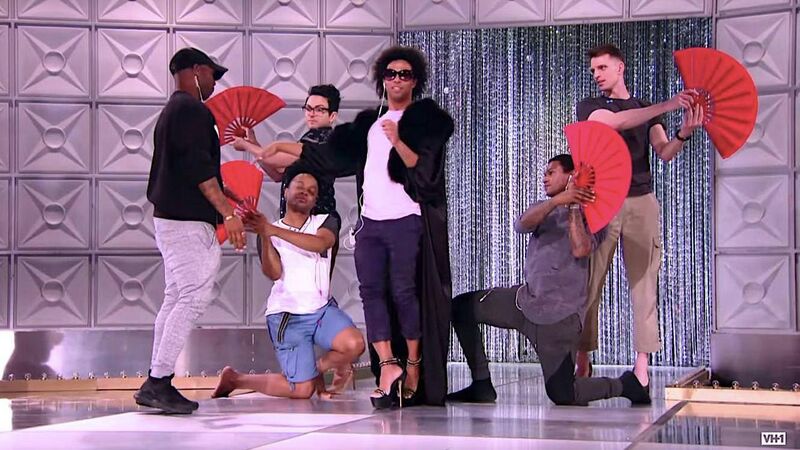 ‘Drag Race All Stars’: Booted Contestant Says She Was ‘Set Up to Fail’

One thing’s for certain after Episode 2 of Drag Race All Stars 3: this is not RuPaul’s Best Friend Race.

With all the queens being friends and touring together outside of the show, you’d think we’d be watching nothing but sisterly support. But, luckily for those of us who love our drag with a side of drama, all eyes seem to be on the prize and the claws are coming out. And the pressure got so intense that one contestant claimed she was “being set up to fail.”

For proof, look no further than the rehearsal for this week’s lip-syncing challenge, a parody of VH1 Divas.

I can't see!! Turn on a light! It's so shady up in this rehearsal RN!! #AllStars3 pic.twitter.com/qExLKlNSTp

Guest judge Todrick Hall was in charge of choreographing the performances and the queens often struggled to keep up. A fact that the other competitors were all too happy to point out.

It all began with Thorgy Thor returning to her Season 8 “conspiracy theorist” ways by overthinking, complaining, and comparing herself to the other queens. After being assigned to impersonate Stevie Nicks, Thorgy said she was “being set up to fail” because she felt the other queens’ roles were more energetic and entertaining. Cut to confessionals featuring pretty much every queen calling her out for her insecurities. (To be fair, Thorgy’s recorded track was absolutely not as funny as those that were given to many of the other queens.)

Kennedy Davenport was up next and struggled to pick up the choreography. Pretty sure the “Dancing Diva of Texas” got her nickname due to her dancing skills, so what was the problem?

She claimed she only freestyles and doesn’t do choreography. Having a major limitation within your greatest talent is not a great sign. (And, indeed, she dances her way right into the bottom two this week.)

When it was Shangela’s time to rehearse her role as Mariah Carey, Milk called her out on her diva behavior. (Shangey just claims she was serving us Meryl Streep method-acting realness.)

“Shush, Valentina,” Milk clapped back, invoking the name of the Season 9 contestant, who accused others of being jealous of her talent and hating on her. (New All Stars drinking game: Drink every time Valentina is mentioned this season, which so far is quite a bit for a queen who’s not even on the show.)

In return for her negative comments, Shangela came for Milk and her “better-than-everyone” attitude. Which, by the way, has been noticeable since the start of the season and was already called out online. It later became even more clear that Milk is having some ego issues when she flipped out on stage over being safe. (Frankly, it looked like she could have been in the bottom, so she should consider herself lucky!)

By the time they were back in the workroom after deliberations, Milk was in tears over not getting enough praise, which, as Trixie pointed out, was “a whole lot of emotion for safe.”

Bebe and BenDeLaCreme also seemed to struggle during the rehearsal, but they each ended up in the top 3, so that may have just been clever editing. But the queens still were throwing plenty of shade their way as they rehearsed anyway.

Thorgy’s worries ultimately became a self-fulfilling prophecy. She shamelessly tried to form a last-minute alliance to save herself, but to no avail. Shangela won the lip sync and chose to eliminate Thorgy over her good friend Kennedy.

Was Thorgy sabotaged? Or did she not step it up, All Star-style? And will sour Milk soon find herself gone, as well? The conspiracy theories are already on Twitter.

I felt bad for @ThorgyThor during last nights #AS3 episode. She could clearly tell she was unfairly cast as fodder and she knows she deserves better. Glad she spoke up during rehearsals and sad to see her go so soon #DragRace

But let’s be real Stevie isn’t the 1st, 5th or 10th gal that comes to mind when you think diva or gay icon. What performance traits does she have that @ThorgyThor could’ve done to “set her apart”? Thorgy clearly sad she usually has a fan blowing her hair. #AllStars3

I agree with what her comments were. Also Morgan was set to do LANA DEL REY in a DIVAs challenge. Like… is this all set up for particular individuals to fail? I love Lana but she’s not a “diva” compared to the others.

Stay tuned to FANDOM for our power ranking of where the queens stand after Episode 2.