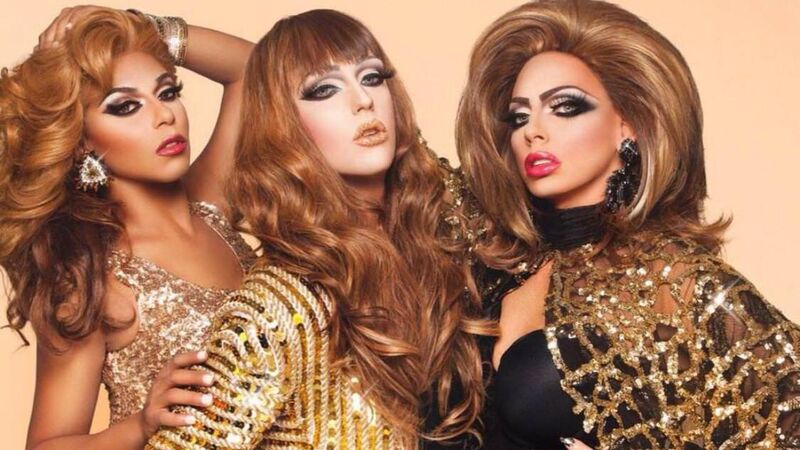 ‘Drag Race’: What Does It Mean to Be a Drag Mother?

The upcoming season of RuPaul’s Drag Race features a cast full of queens who are connected to past contestants from the franchise. Some are friends with previous queens, some have worked together in the past, and many are the drag daughters of past Drag Race superstars.

But what exactly does it mean to be a drag mother? And how does a new queen go about getting one?

When an aspiring drag queen is just starting out in the world, she needs someone to turn to for guidance, support, and makeup tips. When a more seasoned queen takes an ingénue under her wing, that usually means she becomes her “mother.” RuPaul herself is regarded as such a pioneer and trailblazer that many drag queens deferentially call her “mother,” as well.

It’s a beautiful mentor-apprentice relationship that can help a younger queen learn the tricks of the trade, including how to get bookings around her city. Most new queens find a drag mother by exploring the club scene or having friends in the community who dabble in the art.

Drag mothers often give their daughters their drag names as well. Sometimes it’s the full name, and other times a queen just takes on the last name of her mother or the drag family she’s adopted into.

But a new generation of young queens is rising and many of them were inspired to get into drag because of Drag Race itself, learning how to apply makeup via YouTube instead of looking for a drag mother to get tips from.

Past Drag Race Mothers and Daughters

While Season 10 of Drag Race may be full of drag mothers and daughters, it’s definitely not the first time that contestants have been related.

But one of the most famous drag mothers from the series is Season 5 fan favorite Alyssa Edwards, who counts Laganja Estranja and All Stars 3 stunner Shangela among her drag daughters.

Will the queens of Season 10 have learned enough from their drag mothers to snatch the crown? We’ll find out when the milestone tenth season of RuPaul’s Drag Race premieres on Thursday, March 22 on VH1.