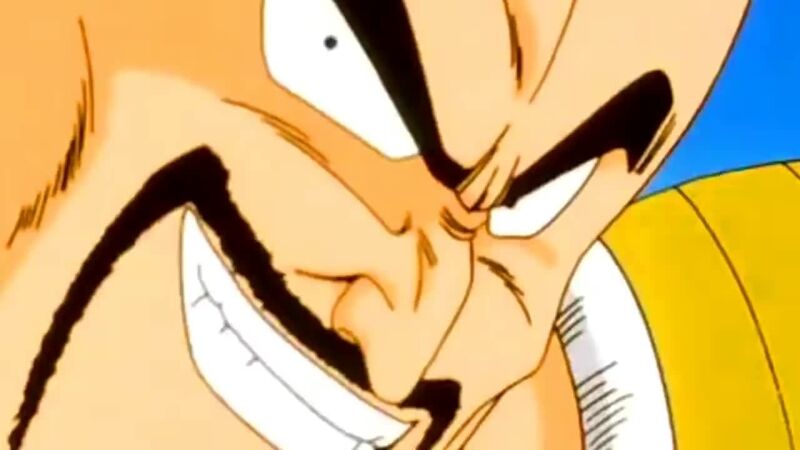 Let’s all take a moment to stop and appreciate how awesome DragonBall Z Abridged is. Sure, TeamFourStar’s masterpiece makes fun of the show a lot, but it’s done out of love for the show many grew up with. In a lot of ways, DBZA improves on the original show, thanks in no small part to its re-imagining of the cast.

DBZ has a lot of interesting characters that are easily forgotten as soon as they are no longer relevant. But DBZA solves this problem by giving the characters more memorable personalities. TeamFourStar made these seven characters so hilarious you’ll want to quote everything they say.

Abridged Zarbon is the same as his original counterpart, but the hints that he’s gay are more visible. It doesn’t help that he often makes accidental innuendos whenever he talks. His transformed state is even worse, as Vegeta comments that he’s a lot less subtle about it in that form.

His portrayal may seem like a stereotype, but it’s the setup for a hilarious punchline: not only is Zarbon straight, but he has a girlfriend. This revelation was enough to make Frieza do a hilarious double-take. TeamFourStar either wanted to make a point about stereotypes being dumb or thought it’d be funny to subvert expectations. Either way, fans will remember this Zarbon better than the original for his innuendos.

The Namekian Elder is the complete opposite of his official counterpart, and we love him for that. He’s an arrogant, mean-spirited old man who hinders the heroes rather than helps them. Such examples include:

Super Kami Guru is a selfish jerk, but we can’t help but think he’s funny because of how he doesn’t care about anyone. Keeping in mind how nice his official version somehow makes him funnier. By the time he actually leaves the show, you’ll be rolling on the floor with laughter.

He doesn’t appear much in the first two seasons of DBZ Abridged, but in season three, Tien finally gets to shine. Tien doesn’t match other characters in strength, but he makes up for it with attitude. He has a snarky comment in store for the androids and even some of his allies, especially Vegeta. When asked why he likes irritating Vegeta when he knows Vegeta can kill him, he responds with the following:

Another notable improvement is Tien’s awareness of his increasing irrelevance, much to his frustration. This builds to his encounter with Cell, where he serves as a stand-in for angry fans whenever non-Saiyans are sidelined. The cherry on top is that when Cell is ready to kill him, Tien intends for his last words to be “Ki-koh-f–k yourself.” What a badass.

A reversal of his character in the anime, Abridged Piccolo is lonely. This changes, though, after he fuses with Nail and later Kami. Rather than write them out of the show, DBZA lets them stick around inside Piccolo’s mind.

This was a stroke of genius for TeamFourStar. Not only do Kami and Nail remain apart of the story, but Piccolo has someone to talk to without needing extra scenes. This leads to some of Piccolo’s funniest moments in the series, chief among them:

YOU CAN WIN! YOU FEEL GREAT! YOU! CAN! DO THIS!

In the Episode 60 Breakdown, DBZA‘s editor and director, KaiserNeko, said that Android 16 was one of TeamFourStar’s favorite characters. The only real change was that his love of birds and hatred for Goku became more pronounced, yet it somehow made us love him more — which makes his death at the hands of Cell even more heartbreaking.

TFS thus decided to give Android 16 the closure he never got in the anime. In the final credits for the season three finale, refuted Cell’s earlier remark of 16 never having a soul with this drawing:

Where do we even begin with this guy? TeamFourStar’s version of Cell is an improvement in almost every way possible. Sure, he still commits the same atrocities as before, but TFS made him creepier and more sadistic than the original ever was. To emphasize this, his introduction has him singing an eerie rendition of “Mr. Sandman.” He then immediately followed up with the following words to Piccolo:

Let’s answer your question, with another question: WANNA SEE ME DRINK THIS GUY!?!

Another welcome improvement is his wit. This version of Cell loves to pick his opponents apart with snide remarks. When he wrecked Vegeta, he added insult to literal injury by telling him to learn his place … and wait for Goku. Perfect K.O., pun intended.

As evil as he is, though, his personality is way more likable. As he admits in his theme song (yes, he has one!), he is very eccentric. Which is good, because he deals with Goku’s stupidity better than Frieza did. You may have been evil, Cell, but you were also a ton of fun. We’re gonna miss you.

Bearing no resemblance to the original, TeamFourStar’s Nappa is an idiotic but lovable man-child obsessed with Pokemon. Much of the first season’s humor stems from Nappa’s antics and the cast’s irritation from it, especially Vegeta. Thankfully, his death doesn’t mean Nappa is gone forever — Ghost Nappa still hangs around to keep us company.

Taking a forgettable character like Nappa and making him the breakout star of the show is an impressive feat in itself. Being able to break from the source material to bring him back, though, is a sign of real improvement. Nappa is one of TeamFourStar’s most beautiful creations, and he continues to entertain fans with his appearances in the group’s projects. We love you, Nappa, for you are hilarious, and we’ll quote everything you say.