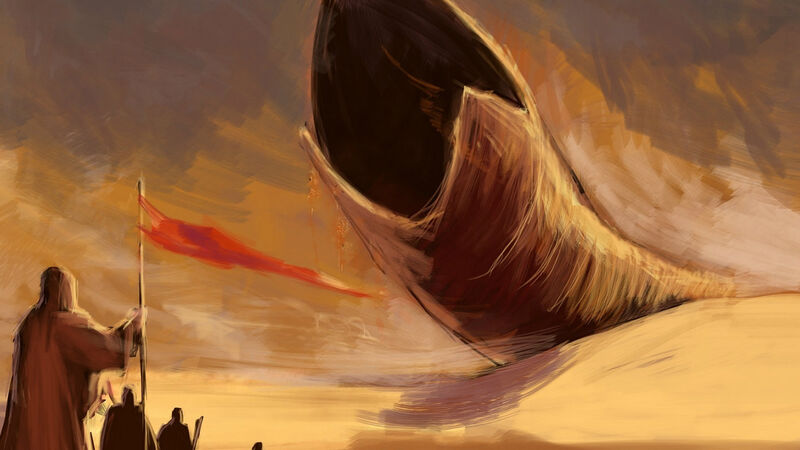 ‘Dune’ Adaptation Will Be ‘Star Wars for Adults’ Says Director

Arrival and Blade Runner 2049 director Denis Villeneuve is tackling Frank Herbert’s novel Dune and has told FANDOM that he aims to make it the Star Wars movie he never saw. Although he admits that making a film that’s different to Star Wars won’t be easy.

“Most of the main ideas of Star Wars are coming from Dune so it’s going to be a challenge to [tackle] this,” the French-Canadian director says. “The ambition is to do the Star Wars movie I never saw. In a way, it’s Star Wars for adults. We’ll see.”

Talk of a new Dune adaptation has been swirling around for a while. The classic science-fantasy novel found its way to the big screen in 1984 via David Lynch. It flopped at the box office on release, and critics didn’t like it. But even earlier than that, Alejandro Jodorowsky had made an attempt to bring it to the screen. A documentary film was released in 2013 chronicling the avant-garde director’s efforts to make it. The work that Jodorowsky put in ended up impacting on Ridley Scott classics Alien and Blade Runner.

Jodorowsky’s version is the Dune that never was, but the adaptation that so many fans of the novel would love to see. So will Villeneuve be looking to Jodorowsky’s unmade version for inspiration?

“No,” says Villeneuve bluntly. “Because Jodorowsky is a very unique visionary. He has a very strong, unique vision. I am a total different human being. It would be very presumptuous and arrogant for me to try. I would love to talk to him. I’ve wanted to meet him for a long time. I think he’s a fantastic filmmaker and I would have loved to see his Dune. I think it would be a very singular Jodorowsky movie. Will it have been the vision I have for Dune? Very far away. I mean, I am sure because he is so unique.”

The prospect of a Denis Villeneuve-envisioned Dune is just as enticing, though. And chances are, if Jodorowsky’s version ever made it to the screen it might feel derivative, if we’ve seen its influence in Star Wars, Alien and Blade Runner before it – all of which have been extremely influential in their own right.

Will He Tackle More Than the First Novel?

Villeneuve reveals that the plan is to cover the original novel in the film: “The idea is to start from the very first book”.

This all begs the question: will Villeneuve be working on more than one movie?

“I could be involved with one or two movies,” he reveals. But this comes with a warning that there’s no guarantee the project will make it all the way through to theatrical release.

“If it happens,” he adds, cautiously. “That’s the thing. Today you’re asking me this question about a project that doesn’t exist yet. I’m used to talking about projects when they’re shot, finished, I’m in the editing room, I’m about to release the movie. Then you talk about something real. Right now, I might in three weeks or two months learn that nobody agrees on a screenplay, it will be with someone else. It can happen. And when the movie will be made? It’s all theory right now.”

It’s been 34 years since a Dune adaptation hit the big screen – we’ll all happily wait a little bit longer if it means we get to see what Denis Villeneuve makes of it.

Blade Runner 2049 is available in the US on digital download now and on Blu-Ray and DVD from January 16. In the UK, you can own it on download from January 29 and on DVD and Blu-Ray on February 5.