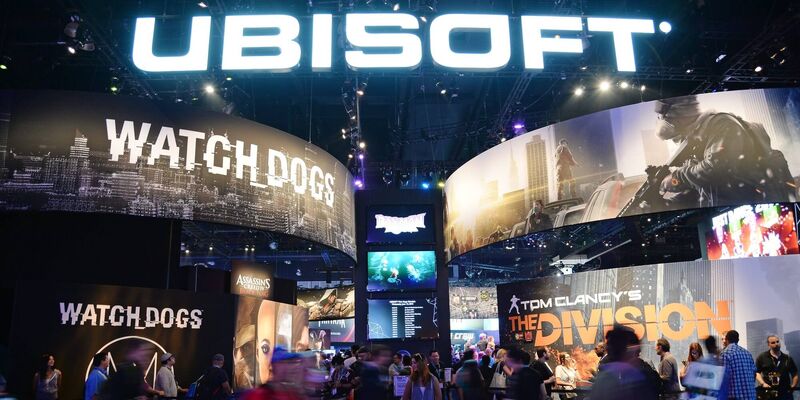 We transition our E3 2016 preview coverage from the big three first-party hardware manufacturers to third-party software publishers, starting with Ubisoft.

While E3 seems to be getting smaller and more streamlined this year, with many companies reducing their footprint at the show or backing out entirely, apparently Ubisoft didn’t get the memo, and we love them for it. According to co-founder and CEO Yves Guillemot:

“E3 is always a very special moment when everyone in the entertainment business does their best to amaze and engage gamers. For Ubisoft’s teams, it’s a period of pride and of anxious anticipation because they are finally showing off the games they’ve poured so much passion into, and receiving feedback from players and peers… The video game industry continues to enjoy strong momentum, with powerful new platforms that enable more creativity, expression and imagination. More than ever, video games are showing how they will shape the future of entertainment. I can’t wait to be at E3 and see what the future has in store.”

Ubisoft’s press conference will be held Monday, June 13, beginning at 1 p.m. PDT, preceded by a 30-minute pre-show. Every year, Ubisoft manages to have a surprise or two in store for their conference. Since this is the first year in a long time that there won’t be a new Assassin’s Creed game to show (unless they plan on announcing next year’s game early), we are anxious to see what game (or games) will take its place. Could this finally be the year Beyond Good and Evil 2 is officially announced? Perhaps one or more major expansions for The Division? Or maybe a new Rayman game?

Ubisoft is also offering a variety of ways for fans to see their games at the show. They will be participating in the inaugural E3 Live fan event taking place just down the street from the convention center, as well as offering some fans a chance to play and meet the development teams of their favorite Ubisoft games at the Ubisoft Lounge, also happening nearby the convention.

Here are the Ubisoft games we know will be shown this year:

Eagle Flight is an arcade-style flight and aerial combat game exclusive to VR. The player takes on the role of an eagle flying through the deserted city of Paris and features breathtaking vistas and an exhilarating sense of speed and movement. I previewed Eagle Flight following this year’s GDC, where the team from Ubisoft Montreal had the game running on Oculus Rift headsets. Hopefully, there will be a new build at E3 featuring additional single and multiplayer mission types and game modes.

Everyone’s getting into the MOBA game these days. Ubisoft showed off their sword-fighting genre entry, For Honor, back in 2015, and we’ve even played it ourselves at E3 last year. It’s an exciting — albeit tactically-paced — action game that feels one part Deadliest Warrior and one part Chivalry. Expect to finally see a release date for this title, as well as more of the maps and modes.

Ghost Recon Wildlands was one of the biggest surprises of the show last year. The game’s outrageous tone and subject matter centered around drug cartels in Bolivia look to take the normally buttoned-up military shooter series in an all-new direction. Speaking of trying new things, this is also the first time the series will take place in an open world that Ubisoft is claiming is the largest they have ever created. Hopefully, we will get some hands-on time with the title to explore this massive open world, play around with the vehicles, and try out a mission or two.

South Park: The Fractured but Whole

Another surprise to come out of Ubisoft’s press conference last year was the announcement that South Park creators Trey Parker and Matt Stone were once again working with Ubisoft on the sequel to South Park: The Stick of Truth. The theme this time around has changed from high fantasy to superheroes, as the new game follows the exploits of Coon & Friends. Development has also shifted from Obsidian to Ubisoft San Francisco, the team that previously worked on Rocksmith. We hope to get our hands on the game at the show and see what types of changes have been made to the gameplay and combat. One thing you can be assured won’t change is the series’ signature brand of outrageous, irreverent humor.

UPDATE: A recent leak all but confirms that Watch Dogs 2 will take place in San Francisco, and that the game will be released on Nov. 15, 2016.

Ubisoft’s third-person adventure game, Watch Dogs, allowed players to hack their way into the electronic systems of Chicago as lead character Aiden Pearce while seeking revenge for his niece’s killer. Ubisoft recently confirmed that they would be showing the sequel during their press conference this year, and has already been handing out gift boxes for Watch Dogs 2 prior to the event. We hope to get a glimpse of the setting for the new game and learn if Pearce will be returning, or if there will be a new main character. Expect to see an expanded online multiplayer mode as well.

Stay tuned the rest of this week for even more E3 2016 preview coverage leading up to the first press conferences on Sunday, June 12.