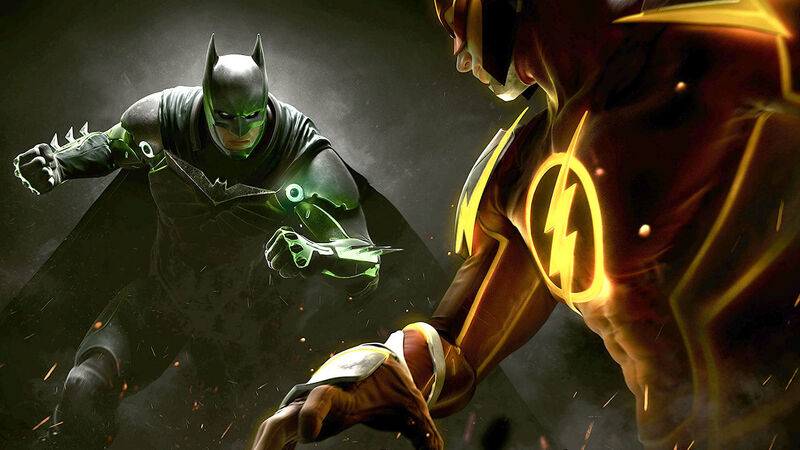 E3 Predictions and Previews: All the Rest

Our E3 2016 previews and predictions for Sony, Microsoft, and Nintendo, as well as the major third party publishers are all complete. Now we turn to the remaining field of publishers attending the show. Inclusion in this list in no way indicates that these titles are small. In fact, these are all amongst our most anticipated games of E3 this year. The may not have the benefit of a huge press conference heralding their virtues, but rest assured these are all titles worth keeping an eye on throughout the week.

Last week, several images leaked online indicating that Capcom may be announcing Dead Rising 4 at E3 next week during the Microsoft press conference on Monday. The images feature original Dead Rising protagonist Frank West, and several reports and rumors have fueled speculation that the title is a remake of the original game, set during Christmastime, and the game supposedly will also feature 4-player co-op. We hope these rumors are true, as it would be a blast returning to the mall from the original with friends in tow for some co-op zombie slaying fun, hopefully featuring some outrageous combos utilizing the game’s unique arsenal of homemade weaponry.

The high-energy 2D fighter series Guilty Gear exploded back onto the scene last year with Guilty Gear Xrd -SIGN-. A direct sequel, subtitled REVELATOR hit U.S. shelves on June 7. Players will have the chance to play as returning-favorite characters Johnny, Jam, Dizzy, and Raven. New characters Jack-O’Valentine and Kum Haehyun will also be available. The game’s wacky plot will also continue in REVELATOR. Since the game is already out, we are anxious to see if Aksys has any DLC plans to announce at E3, or perhaps yet another version in the series to announce.


Earlier this week a leaked promotional poster from GameStop, followed by this hilarious response from NetherRealm Studios creative director Ed Boon seemed to confirm the existence of a sequel to 2013’s Injustice Gods Among Us.

Once the Catwoman was seemingly out of the bag, Warner officially announced the game with the above trailer. Warner has one of the largest booths on the E3 show floor, so it seems logical that Injustice 2 could share that space with LEGO Dimensions.

The next game from Gears of War designer Cliff Bleszinski is looking just as outrageous as you would imagine. The game is hosting a series of closed alpha tests starting this month and running throughout the summer, so players should be able to get their hands on the game soon, most likely on the same or a very similar build to what will be shown at E3. LawBreakers is currently exclusive to PC, but Bleszinski has previously stated that they would be open to releasing the game on consoles if they found the right partner.  E3 would be the perfect time to announce just such a partnership.

WBIE recently unveiled several new expansion packs coming to LEGO Dimensions. They can all be used with the original game, eliminating the need to purchase new Starter Packs. These new expansions include characters from Sonic the Hedgehog, Adventure Time, Mission Impossible, and Harry Potter. Players can look forward to new modes and new franchises as well. Expect more details to be revealed next week at E3.


Monster Hunter Generations will be out July 15 in North America exclusively on the Nintendo 3DS. With the game’s release so close to E3, anything we see at the show will most likely be a final build of the game. Monster Hunter Generations will be featured in Nintendo’s Treehouse Live presentation on Wednesday, June 15, and will most likely be playable in Capcom’s booth, where we will hopefully get to try out the four Hunting Styles that are new additions to the series.

Atlus’ long-running turn-based JRPG series is getting a highly anticipated sequel in Persona 5. Information for the game has slowly trickled in over the past few months, revealing the cast of characters, battle system improvements, and tidbits about the story. This time around, players take the role of a “Phantom Thief” who takes part in fantastical heists in surreal fantasy environments. Expect more of what makes this series so great – passionate storylines, well-crafted character interaction, and a deep and rewarding battle system. It was announced earlier this week that Persona 5 will be released in North America on Valentine’s Day 2017. Since the Japanese version is earlier, we still hope to see the game in action at the show.

Sonic the Hedgehog is 25 years old! Well, the franchise is anyway. Sega has a lineup of events planned this year to celebrate the anniversary and players are expecting some kind of announcement at E3 this year. There haven’t been any hints thus far leading towards the possibility of yet another Sonic game in the not-so-distant future, but that doesn’t mean it couldn’t happen. What we do know is that the latest game in the Sonic franchise – Sonic Boom: Fire & Ice, is coming to 3DS users Sept. 27, 2016 and we will get a chance to play the game at the show. Expect our full impressions next week.

The biggest E3 news at the show will most likely be the expected announcement of the release date for PlayStation VR. Beyond that, we hope to see a segment of Sony’s press conference on Monday centered around PS VR titles as they did during their PlayStation Experience presentation last December. More details on interesting titles like EVE: Valkyrie, Rez Infinite, Ace Combat 7, and the recently-announced How We Soar would be much appreciated. In addition, recent rumors suggest Microsoft and Nintendo may have VR solutions of their own, so any news about what they have in the works would be intriguing, especially if Nintendo will in fact be delaying the production of the upcoming Nintendo NX to support VR.


Fans of classic 3D platformers have much to look forward to in Yooka-Laylee. Key creative talent behind the Banjo-Kazooie and Donkey Kong Country games have formed Playtonic games to build a spiritual successor in the classic genre. The player takes control of Yooka, a large green lizard and Laylee, a small purple bat. The duo works together to maneuver around environments, collect items, and solve puzzles! Yooka-Laylee was funded on Kickstarter in June 2015, raising an incredible £2.1 million from more than 80,000 backers. Even though it was recently announced that the title was delayed until 2017, keep an eye out for exciting new details from this new game to emerge at the show.