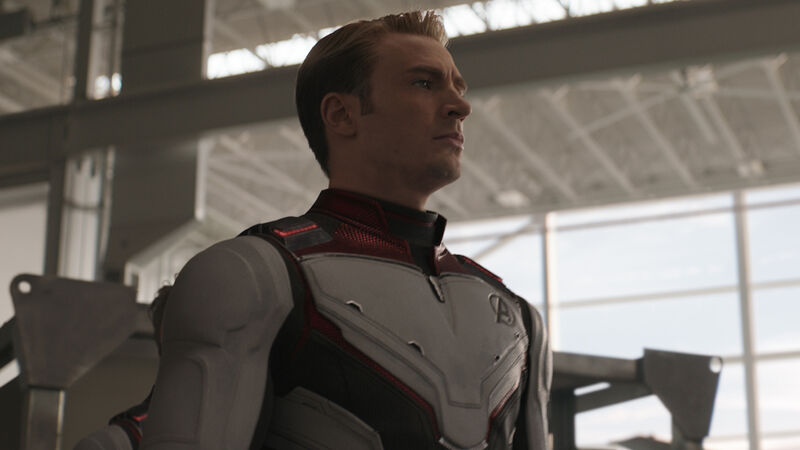 How Well Does the Quantum Science of ‘Endgame’ Hold Up?

Warning: spoilers for Avengers: Endgame are below.

From the very beginning, the MCU has had an interesting relationship with science. The titanium-gold alloy of Stark’s Mark III suit would in reality be extremely brittle; the vibranium of Wakanda is a meta-material with properties not possessed by any known substance in the universe — and let’s not even get started on Doctor Strange.

But the quantum-space time-travel narrative of Endgame might be different. During Scott Lang’s expeditions to the “quantum realm” in Ant-Man and Ant-Man and the Wasp, we were surprised to find that among the various fantastic depictions of this subatomic space were images reminiscent of spinfoam; visual representations of the equations of quantum phenomena.

This was our first clue that perhaps someone at Marvel had been doing their homework after all and that maybe — just maybe — the writers’ liberal application of the “quantum” prefix throughout the Ant-Man films and into Endgame wasn’t complete BS. Could there be a real theory here, as opposed to casually referencing science like the MCU references canon?

We’re not physicists, but we know a few — and after the insistence of Endgame to separate itself from other nonscientific time-travel blockbusters, we made some calls and put the quantum mechanics of Mr. Stark and Dr. Pym to the test.

Spacetime gets pretty wild at the quantum scale. Conventional physics don’t hold up particularly well for phenomena so miniscule and no one can really agree on how to reconcile quantum mechanics with Einstein’s general relativity. In short, if we’re going to mess around with time, it’s easier to convince people that it’s viable down there where the accepted rules don’t quite apply. No doubt that’s what the Russo brothers were banking on.

Although the composition of the “Pym Particle” developed by Hank Pym to grant the powers of the Ant-Man suit is unknown to us, we do know that its effect is to alter the distance between atoms — to make matter more or less dense. As the first step to the Avengers’ “time heist,” the reduction of a human subject to subatomic scale is of course our first point of scrutiny.

We can observe an increase of density like this today, in supermassive astronomical objects. The result there is a gravitational collapse that creates black hole. Who wants to volunteer?

The most likely result of an attempt to shrink a human being to this extent would be that the strong nuclear force of their atoms would dominate the electrostatic force which keeps them apart and cause nuclear fusion. Force their atoms close enough and the Avengers would probably come to resemble a team of very small, very hot and very dead neutron stars. Even the Avengers can assemble too close.

Remember when Darren Cross attempted to replicate Pym’s work and ended up with chunks of protein goo? Imagine that, but spherical and burning. Matching spandex duds might not be enough to protect the subjects from this outcome.

There’s a reason atoms are a certain distance from each other. Even if we ignore the problems of making a human body’s biochemistry operate at that level — e.g. being able to breathe — it would take an unimaginable amount of energy to first combat the repulsion of electrons between atoms and then to hold them in place. The Pym particle is of a purportedly extradimensional nature, so perhaps this formula also constitutes a fuel source to rival Stark’s Arc Reactor…

Let’s allow it, for the sake of argument.

Then there’s the problem of navigating space, let alone navigating through time. Stark was evidently concerned with this when Cap and company first approached him with the concept. “Quantum fluctuation messes with the Planck Scale, which then triggers the Deutsch Proposition. Can we agree on that?”

Well no, Tony — it’s not clear that we can… but let’s see if we can translate. The Planck scale is essential for measuring the “quanta of energy,” the smallest possible units for length, mass, and time. Quantum fluctuation refers to the infinitesimal changes in energy in points of quantum space which are probabilistic and unpredictable. These fluctuations are normally inconsequential to us, but would make accurately calculating the trajectory of subatomic particles in quantum space impossible.

The Uncertainty Principle shows us the consequence of these fluctuations — that the precise position and momentum of a particle cannot be simultaneously known. For our purposes, this means that our heroes would never be able to determine exactly where they are at the quantum scale, let alone where the hell they’re going. They’d be lucky to make it even a fraction of an inch along the desired path of three-dimensional space, to say nothing of a fourth.

As for the “Deutsch Proposition?” As a term, that’s not a thing. But we think Stark may have meant quantum computing pioneer and physicist David Deutsch, a proponent of the idea of a multiverse, AKA the Many Worlds Theory. By expressing everything in terms of probability, Deutsch was able to eliminate the Grandfather Paradox, which fits perfectly into Endgame‘s theme of multiple timelines and allows Captain America to fight Captain America.

Less solid is Stark finding inspiration in a holographic mobius strip to break the Uncertainty Principle and design a “quantum GPS,” quite probably violating the second law of thermodynamics at the same time. But then, Stark did casually discover and synthesize a new element in his garage one afternoon.

So let’s allow it?

Now if shrinking, surviving, and walking even a few paces at the quantum scale is so incredibly implausible, why would the Avengers think these conditions could make travelling through time any easier?

Macroscopic time-travel has never been observed. For subatomic particles to reverse their direction through time, however, is not mathematically prohibited. The mathematics of quantum physics allow causality to work forwards or backwards in time until entropy –  i.e. the second law of thermodynamics – comes into play; and Stark already sent the second law home crying to its daddy.

Back in the 1930s, the first antimatter particle was observed; the positron. The positron was found to have the same mass, spin, and charge as the electron: only positive instead of negative. It is at least mathematically sound to assert that a positron is simply an electron moving backwards in time. Other antimatter particles have since been discovered and follow the same rule: they are mathematically equivalent to their matter counterpart traveling back in time.

The universe today is comprised almost entirely of matter; antimatter is extremely rare, appears only in special cases, and almost immediately collides with its counterpart matter, causing mutual annihilation in a zero-sum equation — converting into gamma radiation (and an incredible amount of energy).

Mathematically, however, this collision would be described in the same way as a particle of regular matter doing a u-turn in time.

So what if we somehow synthesized a dummy Anti-Ant-Man in a vacuum, comprised entirely of the antimatter counterparts to Ant-Man’s matter? What would happen if subatomic Ant-Man gave subatomic Anti-Ant-Man a crisp high-five in the quantum realm?

As far as we can say, they would both be annihilated in a collision that would probably generate enough energy to destroy the planet. But at least on paper, it could look as though there was a single Ant-Man being blasted back in time. That’s a start, right?

There are theoretical particles — Majorana fermions — that can flip from matter to antimatter arbitrarily, but they have never been observed and so may or may not exist. In any case, the Avengers are unlikely to be made up of Majorana fermions. We probably shouldn’t allow it.

Banner’s insistence that time travel won’t work like it does in the movies was charming; it had some of us wondering whether Endgame’s treatment of the trope might be more compelling… but after some scientific consultation, Thor really should have aimed for the head.