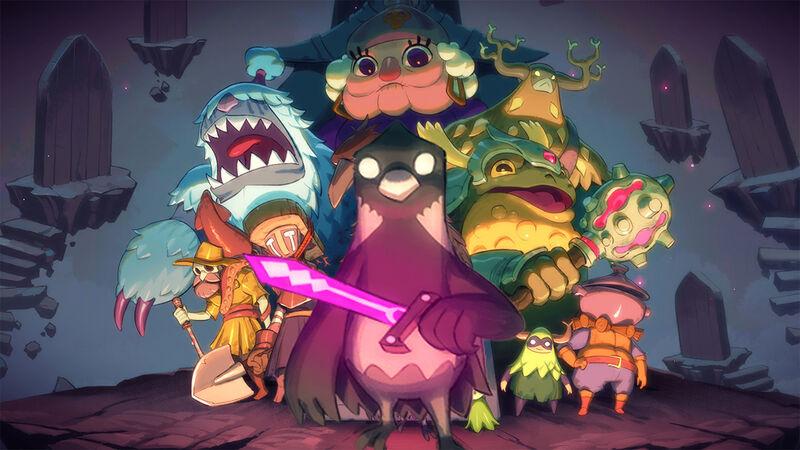 Everything You Need to Know About ‘Death’s Door’

Devolver Digital publishes some of the best independent games every single year—Hotline Miami, Titan Souls, Fall Guys: Ultimate Knockout, and many more.They’re adored by gamers and creators alike, with gamers loving the output of quality they have and creators liking the fact that they offer a platform for independent games that is seen by so many people. And now they’ve published a game called Death’s Door that looks to join Devolver’s impressive catalogue.

Here, we take a look at everything you need to know about the action-adventure RPG.

So, What is Death’s Door?

The best way to think about Death’s Door is to imagine an old-school Zelda game. You’re traveling through an utterly beautiful and glorious world, clearing enemies along your way in an attempt to reach a big final boss for each area.

There are a few different weapons to collect throughout your journey, and a hub world in which you can upgrade your character. It’s a linear adventure game that (akin to Zelda) gives you new abilities (like bombs or a hookshot) in each area that allows you to take on that new area in different ways.

The game sounds difficult. Is it difficult?

Yes. You will die across your time in Death’s Door, but like the games that it will most likely be compared to (Dark Souls, Bloodborne, Sekiro) it’s completely worth your time and doesn’t punish you for trying things. It’s not cruel in how it treats you, it understands how to keep you hooked and coming back again and again repeatedly.

The game lasts around ten hours, so it won’t take the entirety of your free time to finish it, and it won’t outstay the welcome it is offered.

If I Venture Off the Beaten Path, What is There to Do? Any Optional Secrets, or a Post-Game?

There’s optional secrets in each of the areas that you go through in Death’s Door. You can go back to each area you’ve already fought your way through with new abilities that allow you to find hidden elements.

These can help make the game easier for anybody finding it difficult, and if you don’t find it difficult the secrets are still available once you finish the game. In addition to this once the game is over, you unlock a new option that creates new combat scenarios, new paths and new things to do throughout the game.

I’m Sold! Where Can I Play Death’s Door?

There are a couple of different places you can currently find Death’s Door. If you’d rather play on consoles, then the game is available on the Xbox family of consoles, and if you’re a PC fanatic, you can grab your officially licensed Steam PC key from Fanatical.com!

Regardless of where you play it, you’re going to fall in love with this absolutely gorgeous world.