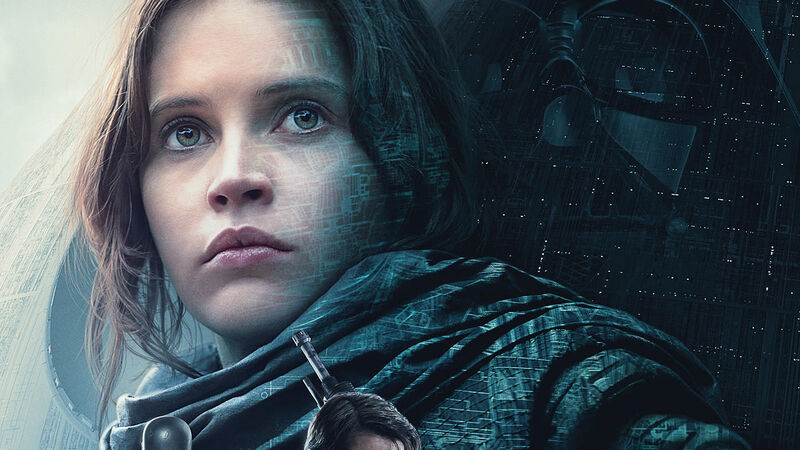 Everything We Learned From the Final ‘Rogue One’ Trailer

With the latest Rogue One: A Star Wars Story trailer hitting the Internet, fans are getting more and more information regarding the film. And while the trailers don’t tell us the story (otherwise what would be the point of going to the cinema), they do offer vital clues.

Below is everything we learned from watching the latest Rogue One trailer. Multiple times.

Judging from the opening of the trailer, Rogue One will not only explore the time directly before A New Hope, but will also show Jyn’s early life with her father. Galen is shown with a young Jyn, telling her that whatever he does, she should know that he is doing it to protect her. This is interspersed with shots of a younger-looking Krennic arriving with a squad of Death Troopers at what is presumably the Erso’s. Krennic is wearing a different style of Imperial uniform, and his rank plaque shows a lower rank than the one he sports as Director.

This moment appears to be Galen’s recruitment to the Death Star project. We know from the first trailer that Jyn has been on her own since the age of fifteen, although she looks younger than that here. Jyn also appears to be hiding from the Imperials. Galen presumably believes the Empire is here to take him away and does not want the same fate to befall his daughter. Either way, it seems clear that Galen did not sign on to the Death Star project willingly.

We also get a proper view of Krennic’s Imperial shuttle, until now only revealed as a Lego set. It is designated as a Delta-class T-3c shuttle, tying its design lineage into that of the classic Lambda-class T-4a shuttle from the Original Trilogy.

Jyn is chilling in an Imperial-run prison with an alien cellmate before she is rescued by a squad of Rebels. The establishing shot of Jedha just before makes us assume that is the planet she is on when she is rescued. However, the rescue scenes do not firmly establish the location, which appear to be in an Imperial designed complex. Later in the trailer are several shots of a space battle against what appears to be a space station. Is this the prison where Jyn is incarcerated?

On what is presumably Yavin 4, Jyn meets with Mon Mothma and Cassian Andor. They ask her outright about her father and that he appears to be critical in the construction of the Death Star. Was the rescue of Jyn a happy accident? Or did they arrange to rescue her because they knew exactly who she is and that she might be their best chance to learn more about the Death Star?

The trailer appears to finally answer the question: What does Rogue One mean? Its apparently the callsign for either the squad or the U-wing they travel in. K-2SO informs them someone is requesting a callsign, and the trailer makes it appear the request is being made as the ship departs Yavin 4. Bodhi Rook appears to make up the callsign on the spot after a little thought.

The building of the Rebel team appears to be a gradual process. The trailer appears to show Jyn, Cassian, K-2SO and Bodhi Rook as the initial team, with the recruitment of Chirrut Îmwe and Baze Malbus on the planet Jedha. Given that Saw Gerrera is also on Jedha prosecuting a prolonged insurgency against the Empire, could he also be the target of their recruitment? The alien Moroff is also on Jedha, facing stormtroopers and an AT-ST in the city streets.

At some point, the squad includes a large number of regular Rebel forces, presumably for the battle on Scarif. With Gerrera’s insurgency on Jedha, could Jyn’s team be the survivors of his force?

The Empire is Burying the Jedi

In a beautiful shot, the U-wing is shown flying over a massive statue of a Jedi that has seemingly been toppled and left for the sands to consume. Given that we know that Jedha is a religious world with connections to the Jedi, it seems logical to assume that the statue once stood tall and proud on the surface of that world before the Empire rose to power.

Despite having no lines and a few fleeting glimpses, Darth Vader‘s presence in the trailer is undeniable. He appears to interact mainly with Krennic aboard the Death Star, but not using Vader effectively in the film would be a criminal underuse of his character.

A planet with constant rain – identified as Eadu in toy packaging – is seen at severals points throughout the trailer. Firstly, it appears to be the location of a meeting between Krennic, suitably ranked as a Director this time, and Galen. This indicates that the secret research base where the Empire designed the Death Star is located on the planet. Eadu is also the site of a pitched battle involving the heroes and a large number of starfighters conducting assault runs through rain-soaked canyons.

For the longest time, speculation has pointed to Scarif as being the location of the film’s finale, but could that be a ruse? Maybe Eadu is the film’s true climax as the team rescue Galen and steals the Death Star plans.

One of the more interesting shots is that of a mysterious figure from behind. He is wearing a standard-colored Imperial uniform, and is seen approaching Director Krennic. Could this be Grand Moff Tarkin taking command of the Death Star? The next shot shows what appears to be targeting data for the city on Jedha. A later shot shows what appears to be large scale destruction on Jedha. Could Jedha be the first target of the Death Star? If the test firing was ordered by Tarkin himself, it would stand to reason that he could so easily order the deaths of billions on Alderaan in A New Hope. Maybe he did it before.

A Rebellion Built On People

Unlike the previous film installments featuring the Rebellion, this is first time we appear to get to see the civilian leadership of the Alliance beside Mon Mothma as they review an image of the Death Star. Alliance officers, General Dodanna and General Draven, and politicians study the image in the command center on Yavin 4. Sprinkled amongst the prevalent Human characters are two aliens we’ve seen in other promotional material – a blue-skinned Mon Calamari named Raddus, and the alien Bistan.

With the Alliance’s civilian leadership on Yavin 4, the question could be posed as to why they are not seen in A New Hope. The answer is simple if you consider that the Alliance’s first move was probably to evacuate their leadership when the Death Star arrived.

The trailer shows us the Imperial installation on the planet Scarif in detail, and the large scale battle that will take place around it. AT-ACTs, X-wings, the U-wing, and ground forces all play their part in this big battle sequence.

Jyn, Cassian, and K-2SO also appear to infiltrate the facility in disguise as Imperial personnel, possibly as a ruse to obtain the Death Star plans. We’ve seen Jyn in Imperial uniform in trailers before. This appears to confirm that she is indeed infiltrating an Imperial base and not acting as a double agent as some have suggested.

During the battle, Chirrut and Baze prove their pure badassness by running alongside the foot of an AT-ACT while its walking! And Bodhi Rook gets into the action as well, running into what appears to be the shuttle that exploded on Scarif from the first trailer.

As cool-looking as the new T-70 X-wings from The Force Awakens were, nothing can beat the classic T-65 X-wings from the Original Trilogy. And Rogue One has them in spades. On Yavin 4, Eadu, and Scarif. And in space as well!

Let’s face it, a Star Wars film always needs to include an epic space battle, so the inclusion of the franchise’s most iconic starfighters is a very welcome addition.

Did you spot anything we missed? Let us know!