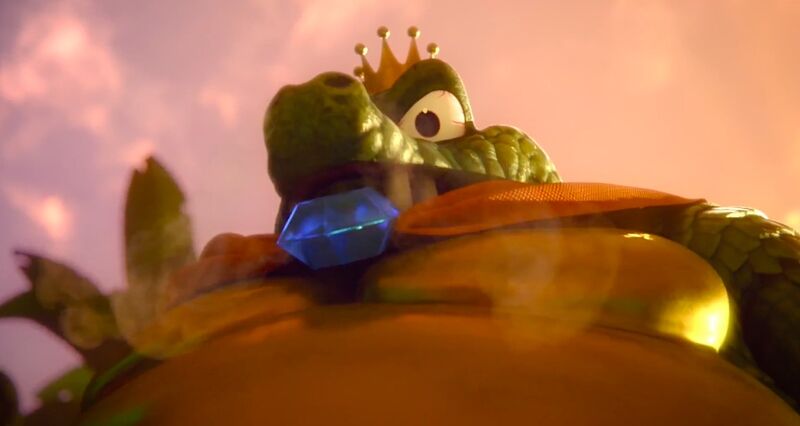 Everything That Happened in August’s Super Smash Bros. Ultimate Direct

In usual Nintendo fashion, the publisher revealed two days in advance that it would be airing a last-minute Nintendo Direct. The twist? This time the gaming broadcast would focus on one title only – Super Smash Bros. Ultimate.

While focusing on just one game could have been a bit of a snoozefest (especially after 20 minutes of its E3 presser devoted to Smash) luckily, that wasn’t the case.

Smashing new additions to the roster

Nintendo wasted no time, kicking this Super Smash Bros. Ultimate Direct off with the announcement of two new fighters – Simon and Richter Belmont from Castlevania. Yes, the leaks were true, another beloved third-party franchise is joining Smash. As you’d expect, with these new characters comes a new Castlevania themed stage called Draculua’s Castle. It looks refreshingly dark, adding a welcome spooky aesthetic to what is largely a colourful game. In a nice touch, this gothic stage will also spawn a series of bosses from the series’ past, culminating in the ultimate big bad himself, Dracula.

With this announcement and the recent Netflix series, it looks like Konami hasn’t forgotten about its beloved vampire-slaying franchise just yet.

The other big character reveal was saved for last, and big is definitely the right descriptor for this fighter. Yes, after years of fan demand, Donkey Kong villain King K. Rool will finally make a playable appearance in Smash. After a brilliant troll reveal video that saw King Dedede masquerading as K. Rool, the crocodile criminal swiftly put Dedede in his place.

Echo fighters are back too, with Fire Emblem Awakening’s Chrom and Dark Samus joining the battle. Don’t worry collectors — all five of these new characters will of course, be getting their very own Amiibo too.

But that wasn’t all for third-party announcements, as this time, assist trophies are pulling their weight too. Ultimate will allow players to call upon the likes of Knuckles, Shovel Knight, Metal Gear’s Gray Fox, Ditto and even Bomberman for help mid battle. But there’s one trophy that made a particularly sizable impact – the screen-filling Rathalos. That’s right Monster Hunter fans, the series’ iconic winged monster will be making its way to Smash. Based on what we’ve seen so far, it looks like summoning the Rathalos will inflict series damage on your opponents, functioning more like a fully-fledged boss than your traditional assist trophy.

More Stages Than you Can Shake a Smash Ball At

So far, Super Smash Bros Ultimate certainly looks to be living up to its name. While Super Smash Bros for Wii U featured an impressive 56, Smash’s Switch outing will be putting it to shame. This December, players will be able to brawl their way across a jaw-dropping 103 stages. Oh, and New Donk City will be one of them.

There will also be more options on how to battle too, with the option to do stage morphing battles, where the background behind you suddenly transforms into a second stage without warning. Stage hazards can of course be turned off completely too.

While there’s already an eye-popping amount of content on offer here, the last bit of news is arguably the most exciting for fans – the addition of new modes. As well as the long awaited return of the single player campaign, Classic Mode, Smash addicts will also be able to enjoy three juicy new ways to play in Super Smash Bros Ultimate.

First up is Squad strike, which is either a 5-on-5 or 3-on-3 elimination-style brawl. Taking inspiration from ‘Team Battle’ modes in other fighters, each player will send out their team of five or three and battle until they run out of fighters.

In a nod to eSports, Smash will also include a Tourney mode. This is pretty explanatory, allowing players to set up their own easy to use tournament brackets, allowing up to 32 players to get in on that sweet Smash action.

Another fun new addition is Smashdown. This mode allows players to get their Smash on but with one major twist – once you’ve used a character, they’re no longer allowed in future battles. Not only will this mix things up, but it sounds like a great way for players to step out of their comfort zones and experiment with different fighters.

Speaking of experimenting, Ultimate will also feature a really cool looking Training mode. Taking place on a grid-based stage, this handy mode allows players to really see the launch distance and range of attacks, making it easier for anyone to understand exactly how character’s movesets fare in battle.

Those cool new additions aren’t the only things coming to Super Smash Bros Ultimate, however. Before ending the Direct, Smash Bros creator Sakurai teased that there will be a big new way to play coming soon to Smash. But with the sizeable menu icon blurred on his screen, it looks like we’ll have to wait until closer to release for the big reveal.

With the game’s December 7th release still quite a way away, hopefully fans will learn more about this mysterious new mode in the coming months.