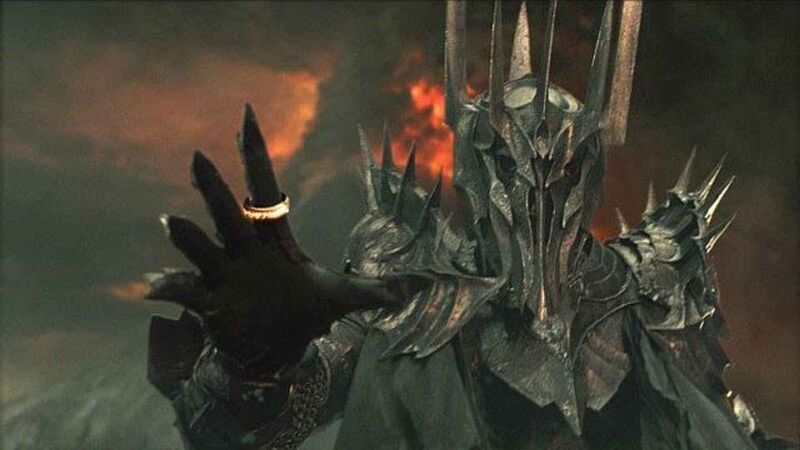 Evil Characters You Didn’t Know Were Once Good

Villains are essential parts of great storytelling. A good villain can make being bad look so good and there are tonnes of evil characters out there who we simply love to hate.

But not all of them start out evil. Lots of our favourite baddies have turned to the dark side after being forces of good, often unexpectedly so.

Here we’ve rounded up our favourite evil characters you may not have realised were once good.

This is part of a series by StreetSmarts on how bad decisions can affect good people. We’ve all done our fair share of stuff we regret. Social media and pop culture is full of cringeworthy moments that make you wish the internet didn’t have such a long memory.

One little mistake can live online and in our memories forever – that’s part of what makes it so fun and so frustrating. When it comes to drink driving though, there is no upside. One bad decision can have devastating consequences and none of it is good. Drink driving? All bad.

Probably a bit too obvious to start off with but in 1977, Darth Vader was the ultimate bad guy. From force-strangling his deputies to killing Luke Skywalker’s mentor Obi-Wan, Vader was seriously evil. Not to mention creating a planet-destroying space station that plotted the extermination of large parts of the galaxy.

When it was revealed in The Empire Strikes Back that Vader is Luke’s actually father, his wickedness only grows – he did, after all, cut his own son’s hand off.

Then, with the prequel trilogy, we find out that Vader was once the innocent young Anakin Skywalker, a talented young Jedi, thought to be the chosen one who will restore balance to the force. When his wife Padme struggles with childbirth, he turns to the dark side to learn to save her. When she dies, it’s all downhill from there. It’s a pretty epic twist knowing that one of the evilest characters in the galaxy started out just trying to protect his wife.

The Wicked Witch of The West

The clue is in the name here. The Wicked Witch of the West is undoubtedly wicked. She’s the arch villain in Frank L Baum’s The Wonderful Wizard of Oz, later adapted into the 1939 classic, The Wizard of Oz.

In the film, The Witch is a green-skinned menace who commands and army of flying monkeys to do her evil bidding. She terrorises the hero Dorothy for accidentally killing her sister, The Wicked Witch of the East, and wants the ruby slippers she wears. She meets her match though in the plucky girl from Kansas, after a bucket of water melts her into a puddle.

In the hit musical Wicked, we learn that the reason the character is such a tyrant is due to her upbringing as the product of an affair and being shunned from society for her green skin. Elphaba, The Witch’s name in the theatre production, wants to work for the great Wizard of Oz, but turns evil after discovering he is a fraud and is branded “wicked” by his followers in order to cover it up.

Known to the Midway City populace as the mad, manipulative killer girlfriend of the Joker, Harley Quinn unleashes this wave of psychotic terror across the city, smashing and grabbing whatever she wants.

Quinn is the female counterpart to the Joker’s madness, doing his evil bidding and following him wherever he goes – despite the obvious signs that he’s just not that into her.

The story itself however is actually a tale of psychological abuse and toxic relationships, since Quinn only turned bad under the spell of the clown prince of crime. Prior to this, she was a psychiatrist, Dr. Harleen Frances Quinzel, M.D, who went into medicine to better understand her broken family, characterised by mental illness and abuse. She becomes the psychiatrist for the Joker in Arkham Asylum and ultimately falls in love with him, abandoning her career for a life of crime.

Tom Hiddleston’s Loki is the adopted brother and arch-nemesis of Thor. In the first Avengers movie, Loki is the main villain, with plans for world domination using a race of mechanical shape-shifting aliens. He is eventually stopped and taken back to his home of Asgard to pay for his crimes.

Loki adapts and changes through the Marvel Comic Universe plotlines but is ultimately always the trickster, someone who can’t be trusted and may turn on the heroes at any moment.

His backstory reveals that Loki wasn’t always bad. Raised as the adopted son of Odin, Loki isn’t actually an Asgaridan but a Frost Giant, the enemies of the Asgardians. His father was killed by Odin and he raised him as his own amongst the rest of the Asgard children. But Loki was always teased and tormented for his small size and physical weakness compared to the rest of his peers. It was this bullying that made him develop his powers of sorcery and want to become ruler of Earth.

The ultimate evil in The Lord of The Rings films, Sauron is depicted as a huge flaming eye that seeks out the One Ring to restore his power and make him ruler of Middle Earth. We know in the prequel scenes that Elf King Elrond and Aragon’s ancestor Isildur stopped Sauron as he was waging war on Middle Earth, cutting the One Ring from his finger and trying to throw it into the fire of Mt Doom.

While Sauron is this evil presence is both The Lord of the Rings films and The Hobbit prequels, he is actually one of the oldest beings in the whole of Tolkien’s epic fantasy world. Much like Satan, whom he is somewhat based upon, Sauron was actually created good.

He is one of the primordial spirits known as the Maiar, who helped shape the world when it was first created. At the start, his name was Mairon, “the admirable”, who loved order and perfection. Seeing that things could be done much faster with force than with kindness, Maiar was eventually corrupted by the Dark Lord Morgoth and went into battle on his side, fighting to control the will of every living thing. The rest is – a very long, complicated – history.

The evil, lurching monstrosity dreamt up by Mary Shelly in a writing competition is one of the most famous wicked creations in all of sci-fi, before sci-fi was even a thing.

Built by Dr Frankenstein from a patchwork of corpses, Frankenstein’s Monster goes on a rampage through Europe, frightening everyone who comes across him. But the violence and terror he creates is actually not his own fault. Dr Frankenstein built the creature and then ultimately abandoned him, even creating for him a wife but then ultimately destroying her later. Frankenstein tries to kill his creation but ends up freezing to death in the Arctic.

The Monster is actually an emotional, sensitive creature, who just wants acceptance. He is described by Shelly as a vegetarian and tries to save people in distress but is attacked for the way he looks, ultimately deciding mankind is his enemy.

With the bad guys above, you can see they were all pushed to become evil through society or through character flaws of their own, even though they once had good intentions and made good decisions.