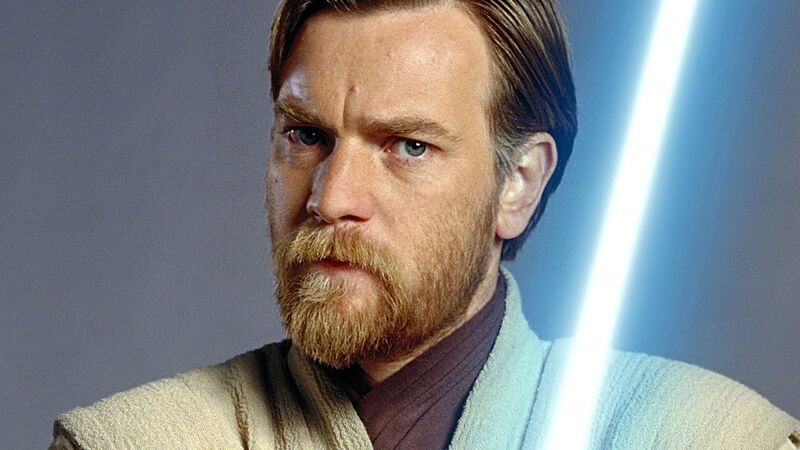 EXCLUSIVE: Disney Didn’t Cast Ewan McGregor as Doctor Strange Because They Needed Him for Star Wars

Ewan McGregor is everywhere right now. He’s just debuted in much-talked about dual roles on Fargo Season 3. He’s coming off the part of Lumiere in Beauty and the Beast. And he’s now being talked up for the title role in Disney’s upcoming Christopher Robin movie. But there’s one role that’s proving elusive for McGregor, and it’s the one fans want the most: his return as Obi-Wan Kenobi. However, that could be about to change.

It’s no secret that Ewan McGregor was one of the actors Marvel eyed for Doctor Strange, before ultimately awarding Benedict Cumberbatch the title role. Now, a source who was close to the situation at the time tells FANDOM that he would’ve played the Sorcerer Supreme, had it not been for interference from higher-ups at Disney. Why would Disney veto bringing McGregor into the Marvel Cinematic Universe? The answer should please Star Wars fans.

“Marvel wanted Ewan for the role,” our source says. “But they were told they couldn’t cast him because Disney needed him for Star Wars.”

That’s important for many Star Wars fans who desperately want McGregor to reprise his role as Obi-Wan Kenobi in a Star Wars standalone movie (or even an Obi-Wan trilogy).

When Doctor Strange was casting up in late 2014, Disney was only a couple of years into their acquisition of Lucasfilm. But the idea of Ewan returning to the Star Wars franchise was seemingly already solidified in those early days.

McGregor has confirmed he was down for Doctor Strange: “Yeah, I was into it, yeah.”

That’s what McGregor told MTV when he was asked about having been up for the part of Stephen Strange back in 2015. “I thought it was exciting,” he added. But McGregor is still being coy about his return to the big screen as Obi-Wan.

“There’s no official offer, and I haven’t met them about it or anything,” he recently told EW. “I’ve always said that I’d be happy to do it if they wanted to do it. It would be a good segue between the last episode of the prequels and the new episodes.”

But when? “I think they’ve got [Star Wars] films to make until the 2020s,” McGregor added.

How soon could it actually happen? Lucasfilm and Disney do have a full slate for the next few years. Star Wars: The Last Jedi comes out later this year. The untitled Han Solo movie comes out in 2018. And Star Wars: Episode IX hits in 2019. So, the earliest an Obi-Wan Kenobi movie could hit theaters is May 2020, when another standalone Star Wars film is expected to debut.

Would Doctor Strange really have kept McGregor that busy? Possibly. The character appears in the upcoming Thor: Ragnarok, as well as the epic-scale Avengers: Infinity War and its sequel. And Doctor Strange 2 is expected in a few years, too. That said, if Disney did deny Marvel use of McGregor, it was more likely about brand recognition. It’s possible they don’t want to potentially confuse uninformed audiences by having the same actor play a high-profile role in their two biggest franchises.

So, when might we hear about an Obi-Wan movie? Disney could announce the aforementioned 2020 standalone movie at the D23 Expo event in July. If the Force wills it, we could hear about McGregor returning as Obi-Wan then.