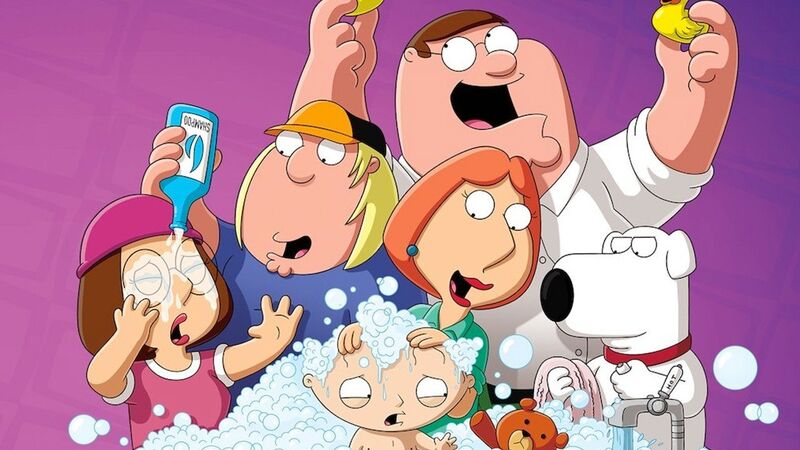 Seth MacFarlane’s warped and wonderful envelope-pushing animated series, the oft-axed Family Guy, is currently in the midst of its 17th season and as it pushes closer to two decades on the air, it truly seems like there’s no end in sight for the Griffin family.

With as long as the series has been on the air though, a bunch of the best gags, goofs, and guffaws came a long time ago. But they still hold up! Need a refresher? You can watch every season of Family Guy right now on Hulu. So, let’s sift through some of the show’s classic comedy, juvenile jokes, and whimsical wit that’s made Family Guy such a standout.

In the Season 2 episode “Da Boom,” Peter gets into an epic, vicious Superman vs. Zod-style battle with a guy in a chicken costume (or really just a giant chicken) that gave him an expired restaurant coupon. And the rest is history, as “Ernie” the Chicken has appeared multiple times since, always ready to give Peter a ruthless run for his money.

Similar to the non sequitur nature of the chicken fights, Family Guy’s often at its best when it latches onto something completely ridiculous and random. Like Peter’s obsession with the 1963 song “Surfin’ Bird,” which he sings over and over again much to the disgust and frustration of everyone in the house. “Papapa-Oom-Mow-Mow-Papa-Oom-Mow-Mow-Mow!”

It’s a long-standing joke that dads are budget-crazy tightwads, and often order households to keep the thermostat a high number so as to not blow through money using air conditioning. But did you know that the slightest touch of the dial sends a signal to all dads in the general vicinity, alerting them to the gross infraction of Thermostat Law?

Not many Family Guy gags are as famous as Stewie’s inability to NOT pronounce the “h” in the word whip when saying “cool whip.” It’s a small bit from Season 5’s “Barely Legal,” but man – it has legs. The brilliance is that the youngest Griffin can say the word “whip” just fine, just not when it’s a part of cool whip, the deliciously scoopable imitation pie topping.

To this day, the thought of Peter sneaking up on his family members, giggling while rubbing his flannel footie pajama feet on the carpet so that he can sneak attack shock them with static electricity, is an instant pick-me-up.

Mentioned briefly at the top of this piece was Family Guy’s nasty habit of getting canceled. A big reason why the show kept getting resurrected were DVD sales. So it’s only fitting that the snarky series insert a fun Easter egg into the mix, honoring those who watched the show via discs.

Pop culture mascot supreme, The Kool-Aid Man, may have become a recurring favorite over the years, but nothing beats his first smash appearance, from the pilot episode, busting through the wall of a courtroom with his giant rim-to-handle smile and his screamphrase “Oh yeah!”

In Season 10, when Lois replaces the old staircase, Peter can’t help but violently and horrifically tumble down the entire length of it, contorting his body into an agonizing shape. No matter how hard he tries, he fiendishly plummets to his doom. Even when he walks slowly and gently, placing one tiny step onto the top of…OH GOD OH GOD NO! And down he goes.

Starting back in Season 2, Peter developed a nasty habit of hurting his knee – an aggravating and completely debilitating injury that would cause him to breathe heavy and moan for minutes. This routine would haunt him through seasons, and Star Wars specials, causing him to take a time out and wince in pain for extended periods. It’s one of the shows funniest running bits.