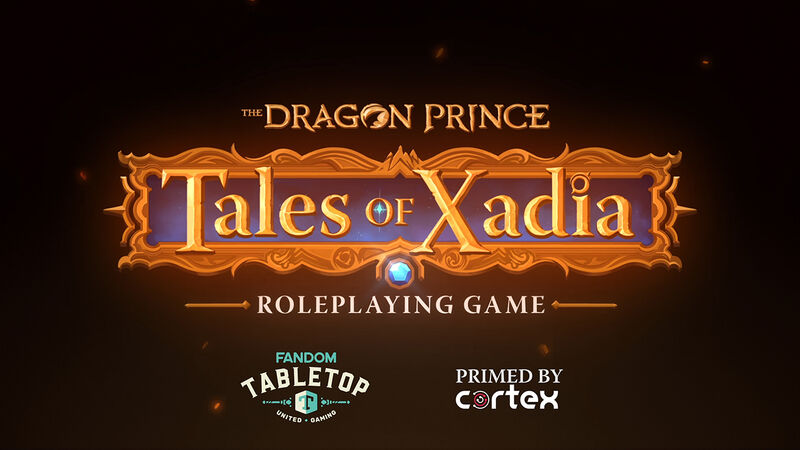 Fandom to Produce Roleplaying Game Based on ‘The Dragon Prince’

Wonderstorm has reached a multi-year licensing agreement with Fandom to produce Tales of Xadia—a tabletop roleplaying game series set within the rich and diverse fantasy world of the Emmy Award-nominated animated series, The Dragon Prince. A teaser for the game was revealed today at The Dragon Prince Comic-Con@Home panel.

Created by Aaron Ehasz (head writer & Co-Executive Producer of Avatar: The Last Airbender and former League of Legends creative director) and Justin Richmond (game director of Uncharted 3), The Dragon Prince is one of the fastest-growing franchises in family entertainment.

In the show, an extraordinary discovery inspires two human princes and an elven assassin to team up on an epic quest to bring peace to their warring lands. In the Tales of Xadia game, players will take on the role of characters they create to bring their own epic quests to life with friends. The experience will consist of the core roleplaying game, a digital companion and toolset, a community content creation and sharing platform, and an organized play program that will give fans the opportunity to participate in a connected, living story with other players around the world that will directly tie in with the action of the show.

“Tales of Xadia will give fans a way to participate in a new chapter of The Dragon Prince story,” said Adam Bradford, Executive Producer and Vice President of Tabletop at Fandom. “I have eagerly binged every season of the show with my family the day it drops, and from the start I wanted to play in and explore Xadia. I’m thrilled to bring to life a game set in such a unique and compelling world.”

Based on the award-winning Cortex rules system, Tales of Xadia will be easy to pick up and rewarding to master. Players accomplish feats of might, mind, or magic that impact the story by rolling different types of dice depending on level of expertise with specific traits. Players can play as elves connected to the primal sources of magic or as a member of the Human Kingdoms, customize their traits and special abilities, define values that motivate their characters, and track everything with digital support during play.

“We are always blown away by the creativity and imagination we see in The Dragon Prince community, and this game is the perfect match for fans who want to venture into Xadia and share adventures with friends,” said Aaron Ehasz and Justin Richmond, co-creators of The Dragon Prince. “As longtime fans of tabletop RPGs, we’re so excited by this collaboration with Fandom and can’t wait for you all to see what’s coming.”

Wonderstorm and Fandom were brought to the game table by Joe LeFavi at Genuine Entertainment, who manages the tabletop gaming rights for The Dragon Prince and serves as a managing producer on the Tales of Xadia game series.

Tales of Xadia: The Dragon Prince Roleplaying Game is set to release in 2021, with a public playtesting period planned to take place beforehand. Fans can sign up to receive email updates about the game at talesofxadia.com.