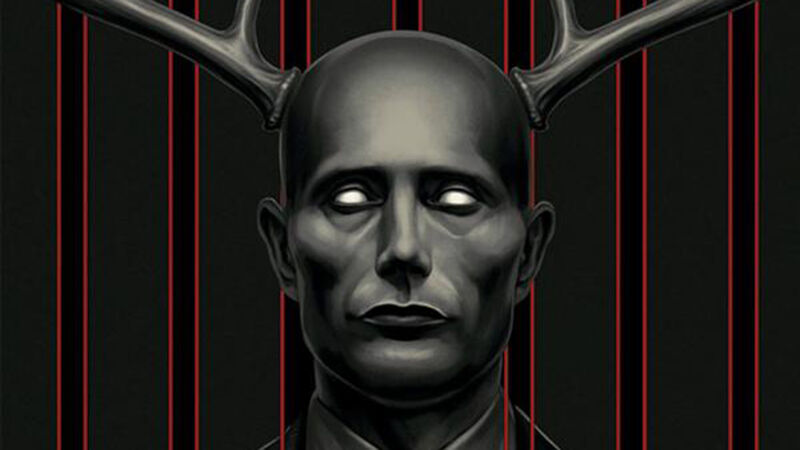 There have been plenty of horror movie magazines, but there’s never been a magazine like Fangoria. When other movie critics sniffed at the people who made the gory stuff, Fangoria treated directors like George Romero, Sam Raimi, Clive Barker and Wes Craven like the almighty night deities they were. When other movie magazines begrudgingly talked about horror as lowest common denominator guff, Fangoria went deep and kept reverential, as well as always maintaining the essence of the magazine name’s first three letters. It bit down hard and ripped into your flesh — or the flesh on show in its pages at least. Not only that, but what other magazine gave you a free pull-out poster of Pinhead from Hellraiser?

Fangoria mattered to its readers, and the people it wrote about. Guardians of the Galaxy director James Gunn once said, “I don’t really collect articles or covers. But I do have my Fangoria cover up in my office.”

Then there was scream king Eli Roth: “For anyone that was a VHS kid in the ’80s, bingeing on horror films, the only source of information we had was Fangoria.”

When Michael Gingold, a 28-year veteran of the title, was unceremoniously booted from the magazine in May 2016 (don’t worry, there’s a nice ending to the story coming), director Guillermo Del Toro tweeted: “Fangoria will never be the same w/o him.”

In truth, at that point, Fangoria wasn’t long for the world. A constant in newsagents since the magazine was launched as a broader genre magazine, by independent publishers Kerry O’Quinn and Norman Jacobs in 1979, by late 2016 – having been digital only in the months running up to it — the magazine was gone. It was gutting. For a horror fan of a certain vintage, buying Fangoria was a right of passage right up there with renting House on VHS from the video store. It was the magazine you bought because it unsettled you – like all the best horror does — maybe even excited you.

Joe Cornish, from Adam and… fame spent his time buying the magazine worrying his parents would think him a serial killer if they ever found a copy. It’s a common story.

Earlier this year, it was announced that Dallas-based entertainment company Cinestate had purchased Fangoria and all its assets. Not only that, but under new editor-in-chief Phil Nobile Jr (whose writing you may know from Birth.Movies.Death), the company would bring back the magazine as a new print publication, with an issue being released quarterly. Best of all, it would be back for Hallowe’en! Oh, and Michael Gingold is back on the team. Told you there was a nice ending (which feels untypically Fangoria).

“It’s telling to me that Fango was only gone for two years,” says Phil, “but our relaunch announcement was met with such an eager, enthusiastic response, that I maybe didn’t know that the world needed Fangoria before I saw that reaction. It was a constant for so long. When a constant goes away, I think folks feel uneasy. And in 2018, when we feel like that all the time, any moment in which we can restore some sense of familiarity or stability is going to be greeted enthusiastically…”

With that first relaunch issue due this month, what better time to ask Phil to pick his ten favourite Fangoria covers – and the horror movies they correspond to.

“Early Fango had everything from Godzilla to Spock on the cover. But once they realized their true audience, the publishers embraced it and never looked back. Motel Hell was that fork in the road; there was no convincing your parents this was anything but pure saddle-stitched corruption.”

“Though Fangoria’s tradition was gruesome photos of practical FX, this painted cover is significant, capturing the fetishistic fanboy gaze of Rick Baker’s beautiful work. American Werewolf In London was also a milestone toward legitimacy — Baker won the Best Makeup at the Oscars in the first year the category was created. One step forward, two steps back: the following year The Thing was rendered ineligible, with the Academy feeling Rob Bottin’s work — using similar tech to Baker’s — fell under “special effects.”

“Truth be told, 1979’s Dawn Of The Dead helped define the magazine’s mission — an article on Tom Savini in issue #1 got a huge fan reaction, and was a sign of where Fango’s focus would head. That story didn’t make the cover, so Savini gets his due here in 1985’s Day Of The Dead cover story. Savini became a legend to scores of aspiring makeup FX artists, and featured in Fango for years to come.”

“Added for sheer audacity. If I pitched a cover that was just a shot of a bloody axe, I’d be sacked on the spot. But in 1985, the anarchic spirit of the mag was in full effect. Inside, editor R.H. Martin is candid about his disinterest in the Friday The 13th franchise he’s tasked with covering, making that “f— it” axe cover even more intriguing.”

“Freddy Krueger graced more covers of Fango than any of his peers, and this one was the first. It’s a curious fact that none of the iconic slashers — The Shape, Freddy, Jason – featured on covers in their initial outings, but all tended to land covers on their sequels. Tony Timpone told me that whenever Freddy was on the cover, the publishers would sell twice as many issues, so it was not uncommon for Elm Street sequels to get back-to-back covers. Freddy would appear on the issue after this one.”

“A purely personal pick, as I was obsessed with the makeup in this film in the months leading up to its release, and pored over this issue until it fell apart. On Hallowe’en 1986, armed only with this issue and a single viewing of the film, I turned my friend John and myself into, respectively, Leatherface and Chop Top.”

“Another fork in the road: Another image of R-rated gore surely to freak out parents, but a sign of things to come – the cover story isn’t even about a horror film, but a sci-fi action flick [Total Recall]. As the decade progressed, Fango would look to films like Terminator 2 and Jurassic Park for its cover stories, and the unsafe horror of the ’80s tended to dry up.”

“During a fairly anaemic period in American horror, Slither came along and just embraced goopy, gag-inducing practical FX, reawakening in some of us the reasons we read Fango back in the day. This felt like it could have been a cover from 20 years earlier.”

“Barbara Crampton has parlayed her early iconic work into a new phase of her career, using her comeback to play a wider variety of roles than in the ’80s and ’90s, even getting into producing. She has an affinity for the genre that is sincere and layered. Having her interview Stuart Gordon is an idea so good I was jealous I didn’t come up with it.”

“One of the last printed issues of Fango, until this year, this cover sees the magazine turning to television to find the most exciting horror happening in 2015, and tapped Hannibal’s showrunner Bryan Fuller to edit the mag. It’s a beautiful, striking image, and proof that Fangoria could still call to you from the store shelf.”