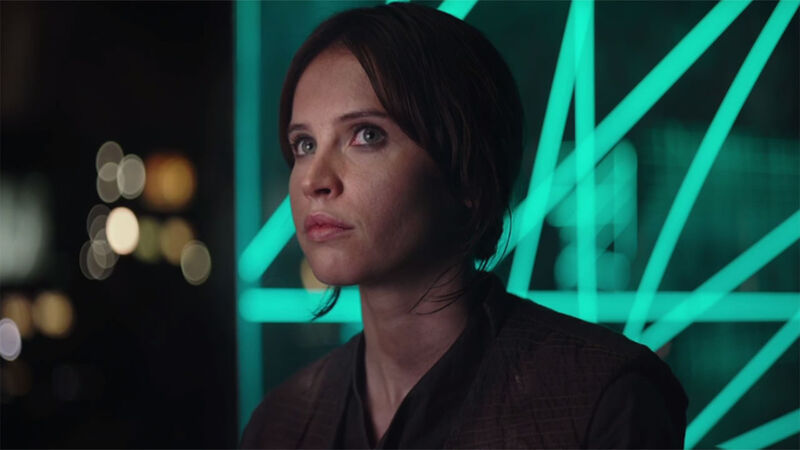 Wookieepedia is the largest Star Wars fan site in the world with over 134,000 pages of content dedicated to the galaxy far, far away. The site’s expert contributors have secured its status as the ultimate resource for all things Star Wars. It’s no wonder, then, that actors and creators from numerous Star Wars stories have relied on Wookieepedia to help them prepare for their tasks.

Felicity Jones, who plays Jyn Erso in Rogue One: A Star Wars Story, is no exception.

In “Jyn: The Rebel,” a featurette accompanying the Rogue One digital release, Jones expresses her delight in being part of Rogue One. She talks about how vast the Star Wars universe is, and how she used Wookieepedia to learn important details that aided her performance.

“You could do a degree in it,” Jones said of Star Wars. “There’s so much detail. I’m constantly going on to Wookieepedia and checking things and checking references and trying to work out the history and all the characters. I have such affection for it.”

Rogue One is the perfect Star Wars story for Wookieepedia research.

The film leans heavily on the history of the prequel trilogy films and The Clone Wars television series. That doesn’t even begin to cover how much it sets up for the original trilogy too. With so much background to dive into, it’s easy to see why the talent involved in Star Wars projects needs a little research help.

Some of the actors and writers who use Wookieepedia acknowledged the wiki at Star Wars Celebration Anaheim on the occasion of the site’s 10th anniversary:

Want to know more and do some Star Wars research yourself? Visit Wookieepedia .

[Editor’s note: Wookieepedia has been part of Fandom powered by Wikia since March 4, 2005.]

Brandon Rhea
Brandon Rhea is VP of Growth at Fandom. He's a huge fan of Star Wars, Star Trek, Game of Thrones, and Marvel. He's a Gryffindor whose Patronus is a cat.