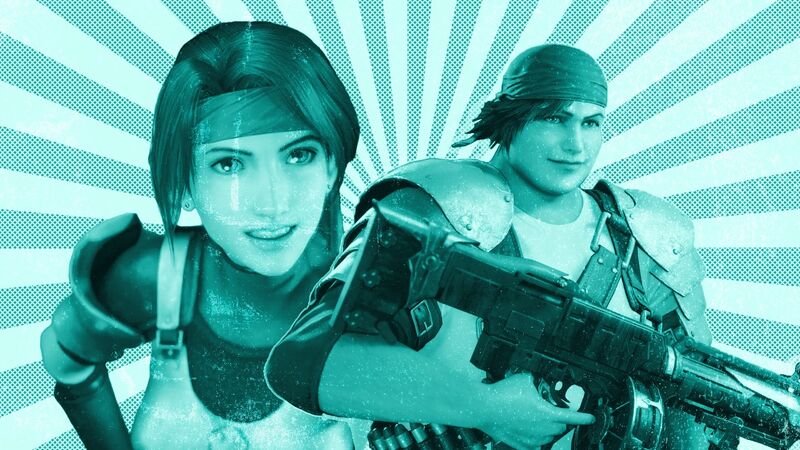 ‘Final Fantasy VII Remake’: When Too Much Filler Becomes a Lore Killer

Ever since Square teased the HD Final Fantasy VII during a 2005 PS3 tech demo, fans have been champing at the bit for a modern retelling of the ’97 classic. It wasn’t until 10 years later, however, when fans’ final fantasy became a reality. After a surprise E3 2015 announcement, the internet exploded with joy. Against all odds, the remake that everyone pined for was finally happening. Yet, behind the scenes at Square Enix, things weren’t all that they seemed.

In the years that followed Final Fantasy VII Remake’s headline-grabbing announcement, its development became an epic saga in itself.

12 months after the reveal, E3 2016 came and went — but a new Remake trailer was nowhere to be seen. Instead, ‘new’ screens from the same opening mission were drip-fed out to little fanfare. Suddenly, whispers of development trouble reverberated across the internet. Until in 2017, Square finally broke its lengthy silence: revealing that Remake had switched from a multi-studio collaboration to an internally helmed project.

But that’s not all that had changed. The Japanese publisher revealed that FFVII Remake had greatly grown in scope, and now this return to Midgar would not, in fact, just be your bog-standard frame-by-frame remaster – but a completely new, multi-episode reimagining of FFVII’s story. How’s that for a plot twist?

The new scope of the project was undeniably a Final Fantasy faithful’s dream. Yet, with the game that fans had been anticipating for decades now suddenly behind schedule, the pressure was tangible at Square HQ. Longtime Final Fantasy writer Kazushige Nojima recently opened up about the process, describing the prospect of re-writing such a widely beloved story 20 years later as a “scary” and “nerve-wracking” experience.

Time to (re)make some memories

Thankfully for Nojima and his colleagues, the episodic nature of the project meant they’d been given an infinitely longer running time to re-tell Square’s epic. To fans’ surprise, Square revealed that the opening six hours of the original game would be reimagined as a 30-hour-plus adventure in Remake’s first episode. Yet while this had many fans jumping for joy (more Midgar equals better Midgar, right?) there was one question left to answer. Would the near-perfect pacing of the original still remain intact?

Thankfully, we no longer need to speculate. It feels surreal to write, but after years of waiting, I’ve poured 40 hours into this familiar — yet foreign-feeling — take on Square’s finest hour.

While Final Fantasy VII Remake may not have come out of its troubled development completely unscathed, Poor old Nojima and co can breathe a sigh of relief. Overall, Remake is a gorgeous and giddy blend of old and new, offering grin-inducing fan service and slick spectacle in equal measure. Yet, for all it gets right — there are times when I wish Square had simply stuck to the script.

Remake’s first episode is bloated and beautiful in equal measure. This is, of course, because there’s a gargantuan amount of new story crammed into this (once) brief opening section. While the idea of exploring every nook and cranny of one of the most beloved locales in video game history may have you salivating, it comes at a cost.

Part of what made the opening of 97’s Final Fantasy VII so breathtaking was just how relentless it was in delivering its story beats. From the very first mission in the Mako plant to the downtime spent trawling through the Sector 7 slums, the next adrenaline-pumping moment was only ever a few minutes away.

Coming off the back of its high octane opening hours, initially having the time to soak up the ambiance in Midgar’s remade slums is a welcome respite. Without having to worry about a surprise attack from a squad of Shinra soldiers, you’re allowed to really take the time to marvel at the sheer love that Square’s poured into every glorious pixel of its newly magnificent Midgar. Citizens whisper cautiously about the latest Shinra-spread rumours, shop vendors half-heartedly attempt to lure you in… the whole sector just feels abuzz with activity. And that’s before you get to dive into Remake’s many, many sidequests.

While Midgar’s new lease of life is arguably the most immediately impressive aspect of Remake, the most game-changing part of the experience are the mandatory new story missions —  for better, and for worse.

Thanks to some consistently energetic performances from the all-new voice cast, FFVII’s characters feel more fleshed out than they ever have before. Tifa feels better-rounded than I ever dreamed she could, Cloud comes across as someone who’s been through trauma rather than just a ‘2edgy4u’ teenager, and even side characters like Aerith’s mum get the chance to feel relatable.

In other words, at its best, the extra story content goes a long way to filling in lore gaps – whether it’s expanding on the touching relationship between Cloud and Tifa, or simply giving more substance to side characters like Biggs, Wedge and Jessie. Yet what starts off as charming characterisation, quickly starts to grate — as soon all this unnecessary padding sends FFVII’s main story grinding to a halt.

With a whole host of sidequests available, I assumed that much of the extra filler in the game would be entirely optional. Yet before long, fan-servicey lore proceeded to bleed its way into the mandatory story missions. One of these missions, in particular, starts off fairly promisingly, showing a touching look at Avalanche member Jessie’s comatose father – giving players more context as to why Avalanche wants to take down the shady Shinra. Job done, right?

While this could have been an engrossing 20-minute aside, this mandatory mission bafflingly gets stretched out into a one-hour-plus, over-the-top action extravaganza. Not only does it introduce one of the cringiest characters the series has seen for some while (Roche), but it also ends with a completely atmosphere-eroding finale.

Whoever thought that FFVII could benefit from a guitar-led ‘80s action movie-esque scene that sees Cloud and co parachuting off of a city bridge really needs to take a long hard look at themselves.

Frustratingly, there are several of these momentum-destroying moments littered throughout the game’s 40-hour run-time. While missions like this aren’t a game-ruiner per se, they undoubtedly mar what could have been a perfect experience. It’s the kind of content that not only actively prevents you from carrying on with the original’s (rightly) beloved story, but also goes some way to killing the rest of FFVII’s carefully orchestrated, edgy Y2K atmosphere.

As cinema’s relentless deluge of nostalgia has taught us, when it comes to building on beloved lore, more isn’t always more.

Take 2018’s Solo, for example. On paper, an origin story for Han Solo is a win-win all around – I mean, who doesn’t want to learn more about one of pop culture’s greatest anti-heroes? Yet where Ron Howard went wrong was in completely erasing the decades of mystique that had built up around the galaxy’s smoothest scoundrel. From the cringe-worthy explanation of how he got his name, to the shrug-inducing discovery of where Han acquired his trusty blaster, these ‘revelations’ elicited more eye rolls than wide-eyed wonder.

It’s a lesson that Square would do well to learn.

Thankfully, the game’s second half is far stronger than its first, and where the early missions dragged their heels, the additional storytelling begins to come into its own. While I don’t want to spoil what’s to come, the late game excels at splitting up the cast and using new dungeon-esque sections to build tension.

It’s why, all in all, Remake emerges as an unlikely triumph over development hell. It’s a visual and audio tour de force, and when it hits its stride, it’s gaming perfection. Yet it’s a shame that before the hype train can hit full speed, it’s too often slowed down by a sea of thick, sludgy filler.

In future episodes, Square would do well to make much of the additional story trappings optional side quests – and to lean into using Remake’s stunning visuals for some subtle environmental storytelling – rather than just subjecting players to a deluge of cutscenes. Did I mention that there are a lot of cutscenes?

Despite its flaws, however, this long-awaited reimagining of Final Fantasy VII achieves the seemingly impossible — it does the medium-defining classic justice. Yet, while it’s undeniably a great game, the frustrating filler and poor pacing prevents Remake  from being the masterpiece that so easily could have been.