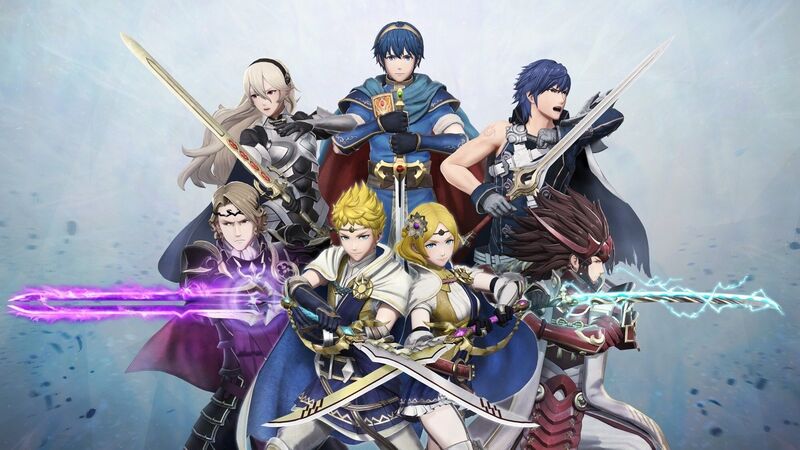 Fire Emblem’s resurgence in popularity over the last few years has brought about the inevitable: a Dynasty Warriors spin-off. In the vein of 2014’s Legend of Zelda-themed musou game Hyrule Warriors, Fire Emblem Warriors sees fan favorite characters from across the strategy RPG series banding together to fight off an impending evil.

Like many Warriors spin-offs before it, Fire Emblem Warriors features a forgettable story and levels filled with repetitive, shallow encounters — but that clearly not what this game was meant to be about. Despite rote, button-mash-y gameplay, it’s an excellent piece of fanservice, a charming work that will nevertheless tickle the interest of dedicated Fire Emblem fans.

As in most musou games, in Fire Emblem Warriors, your band of playable heroes are set down on a series of maps. Each map includes several forts filled with enemies that you must defeat in order to capture said fort. Capturing most of all forts will be your maps objective most of the times, but sometimes this can deviate. For example, there may be a powerful boss enemy that must be defeated in order to win, and along the way will you receive several sub-objectives like taking out all mages on a map or capturing specific points to unlock more areas of the map.

Fire Emblem Warriors’ combat is equally predictable. Each character has two normal attacks, a more powerful attack that can be used after killing enough enemies to fill a power gauge, and a powered-up mode that is also accessed by crunching through hordes of baddies.

To give the player a bit of a reprieve and to prevent you from being overwhelmed on the battlefield, Fire Emblem Warriors lets you issue orders to the characters you aren’t directly controlling. You can pause the action, select a character on the map, and direct them to go elsewhere and fight a specific enemy or focus on capturing a fort. It’s a small touch that makes a big difference; there were many times I was trapped in enemies on one side of the map, and sending my other heroes to defeat a Gatekeeper or Fort Captain on the other side made a world of difference.

But here’s where the Fire Emblem-themed wrinkles come in, making this all less monotonous. Fire Emblem’s long-used weapon triangle system is present on the battlefield, encouraging you to think carefully about which character to send after what bad guy; characters wielding swords are stronger than those wielding axes, axes beat lance users, and lances trump swords. So you won’t be sending Lucina up against Camilla, or go up against the former using Hinoka. It’s just enough strategy to prevent you from mindless slamming through one map using the same character.

Additionally, the Pair Up system — borrowed straight from 2013’s Fire Emblem Awakening — is a great touch for gameplay variety. In combat, you can pair the character you are controlling with another free-roaming character. As your body count rises, you can call on your partner to swoop in and execute a one-time powerful attack to assist you. Or, you can fill up your power gauge and do a double-team attack that can potentially clear more than a hundred enemies at once. This system also allows you to grow the bonds between certain characters — even with some the fun, flirty cutscenes that feature in the main Fire Emblem games.

The Pair Up and weapon triangle systems are unique to Fire Emblem, and while they don’t provide a cure for the repetitiveness of Fire Emblem Warriors’ combat, they do add a decently entertaining bit of flair to it all.

All In the Family

The story of Fire Emblem Warriors is also very Fire Emblem-y in that it borrows many of the series favorite tropes: royal siblings must fight to save their kingdom after a devastating attack resulting in the loss of their remaining family members. Along the way, the two roll up a ragtag band of new friends and comrades to help them win the day.

Series newcomers Lianna and Rowan are the siblings in question. This time, however, that ragtag band is made up of heroes from the Fire Emblem franchise. However, the character choices skew heavily with a cast mostly comprised of heroes from 2013’s Fire Emblem Awakening and 2016’s Fire Emblem Fates. There are some old favorites, like Marth, Caeda and Navarre (the latter two were actually featured in Shin Megami Tensei/Fire Emblem crossover Tokyo Mirage Sessions #FE last year). But the imbalance is evident, making it clear that Nintendo is aware of the fervent fan base these two titles have drummed up.

Even though the cast may be limited in the Fire Emblem games it represents, the personality and tone of their presence are on point. Not one person is out of character, and we get to see heroes like Ryoma and Xander from Fates hesitantly banter with each other over the disappearance of their sister Corrin. Niles gets creepy with Leo, Camilla still wants to mother everyone, Takumi is grumpy, Chrom has an inflated sense of justice and far too much humility, and Lucina is stoic to a fault.

Their characterization is true to the game they herald from, and it’s a boon to the fanservice aspect of Fire Emblem Warriors. Dialogue isn’t overly-cheesy and scenes are just short enough that you’re not dwelling in exposition for too long before hopping back into the battle. Overall the balance between story and gameplay is tight and welcome, allowing you to get right back into using your favorite character to annihilate demons in no time.

Like recent Fire Emblem games, Fire Emblem Warriors gives you the option to play with permadeath on. In Classic mode, any characters that die in battle will be unavailable for the rest of the campaign — unless, however, you have enough gold and materials picked up in combat to revive them. So you can essentially pay to bring someone back from the dead. In classic Fire Emblem games, this Classic mode meant that when someone died, they were gone forever until you restarted the game.

However, Fire Emblem Warriors allows you to switch between your playable characters at any time, which means you can escape from danger or heal up in a pinch. There’s never a real need to worry about people dying, so Warrior’s version of Classic mode is pretty moot.

Is Fire Emblem Warriors Any Good?

If you’re not a huge fan of Fire Emblem, you may want to sit this one out. Fire Emblem Warriors is largely a vehicle for fanservice to those in love with the nearly 30-year-old strategy RPG series. But that’s not necessarily a bad thing. Small touches pull straight from Fire Emblem make this musou spin-off a must for aforementioned fans, and even if combat can get repetitive, there’s something satisfying and comforting about being able to slice through swathes of enemies as your favorite character from the series.