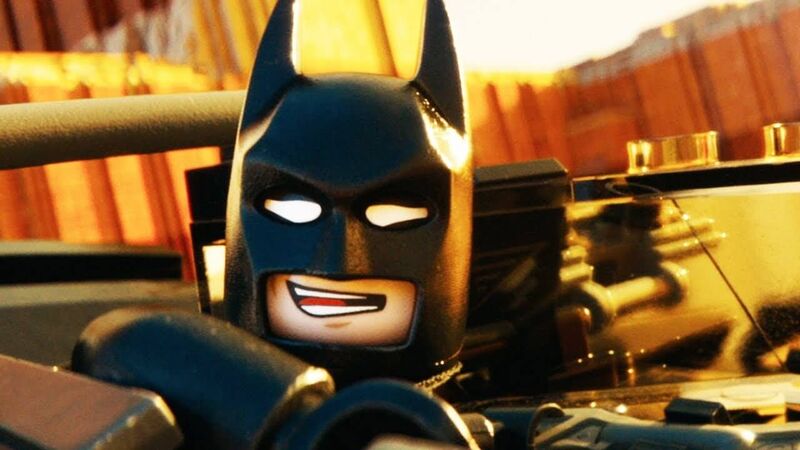 Not only was the incredible quality of The Lego Movie something of a surprise, but the film’s zany take on Batman was immediately endearing. Will Arnett brought a smug self-assurance to the Dark Knight that paid off in spades, making him one of the film’s most indelible characters. The studio was obviously delighted enough at the response to order a spinoff film all about the Caped Crusader, and today gives us our first look at The Lego Batman Movie. Check out the pics below:

It’s nice to see a Batman who really enjoys being Batman. It also looks like his iconic Batwing (or Batplane) will be making a return. Will he bust through more stuff in order to make cool Bat symbols?

Director Chris McKay (Robot Chicken) will continue to bring his stop-motion expertise to the table — he was an animation co-director on the first Lego Movie — and if The Lego Movie is any indication, then The Lego Batman Movie will be just as thrilling to look at as it will be to laugh at.

This is easily my favorite peek into the movie, thanks to the promise of some wacky Bat-costumes. There’s references to Gotham by Gaslight and the New 52 in this shot, so I’m hoping that Lego Batman gets to play dress up throughout the course of the movie. It’s not only a great toy move (collect all the costumes, kids!), but it also gives fans a reason to keep their eyes peeled throughout the film’s running time. If a Batman of Zur-En-Arrh costume shows up on screen, I may not be able to contain my giddiness.

It’s really endearing to see a cinematic version of Batman be light and fun again. I have enough love in my heart for every version of Batman, and seeing as how Batman & Robin killed off almost any chance at a non-serious take on the character, this picture alone puts a smile on my face.

Seeing Batman use a microwave (I love that he wears his cowl with his evening robe on!) is one of the cutest things I’ve seen recently. I know some fans only want a serious portrayal of the character, but this brings a lot of joy to my life. I’m rooting for this movie big time.

With a star-studded cast including Will Arnett, Rosario Dawson, Zach Galifianakis, Ralph Fiennes, Michael Cera, and Mariah Carey (!), The Lego Batman Movie is sure to be a hit when it releases on February 10, 2017. The trailer is out on Wednesday, so come back tomorrow!