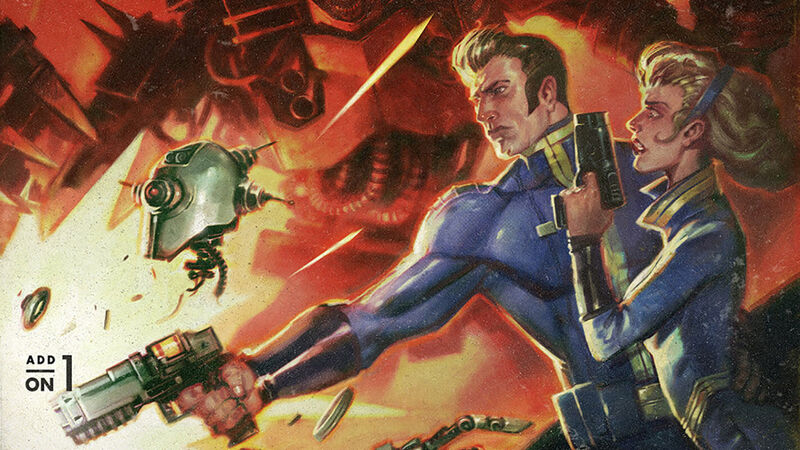 Last week saw the release of Fallout 4‘s first DLC: “Automatron.” It’s a relatively small add-on, but the return of The Mechanist and the ability to build a robot companion from scratch are well worth the price. With that said, here are five more things we really loved about “Automatron!”

If you’ve ever wanted to deck your Vault Dweller out like your favorite robots, you’re in luck. Bethesda has added a super cool new armor set, complete with helmets inspired by the Sentry Bot, Assaultron, and Eyebot. It’s the perfect getup for wandering the wasteland with your new robot pal. My only grievance is that the armor isn’t quite as beefy as some of the game’s previously existing sets. The trade-off, of course, is that you look like a total badass.

With the addition of new weapons, you can now wield the buzzsaw of a Mr. Handy, an Assaultron’s devastating laser, and more. While these weapons might not suit the level 60 players, they’re still endlessly fun to use. If they’re not your style, hand ’em off to your companions. Cait works wonders with that Mr. Handy saw, especially if you mod it to deal shock damage.

Two of the new robotic characters you’ll meet during your new quest are the most interesting non-synth robots in the Commonwealth. Ada is a heavily modified assaultron who is traveling in a merchant caravan when it’s killed by The Mechanist’s robots. As the sole survivor of the attack, she feels a deep guilt, and becomes your newest companion as you track down The Mechanist. Ada’s dialogue is incredible — thoughtful, funny, and disarmingly honest.

Jezebel, the other new robot character, is just as well written as Ada. But instead of being sympathetic, Jezebel’s chiding remarks will remind you of GLaDOS. She’s got some very twisted ideas in that organic brain of hers, but she’s a real hoot. Explore as many dialogue options with her as you can.

Even at level 60, the battles you’ll fight when taking on The Mechanist can be pretty darn tough. Your opponents are fast, and you’ll often fight in enclosed spaces. Stock up on pulse grenades and pulse mines, customize your new Tesla Rifle to the max, and hang on to those robot repair kits so you can keep your robotic companion in the fight.

Anyone who’s customized a set of power armor will be instantly familiar with the new robot building system. Just open up your settlement building interface, find the new robot workbench in the “special” category, and build to your heart’s content. Mix and match parts from your favorite Fallout robots to create companions that would look right at home on Battlebots. You can even use the bench to customize Mr. Handy companions Codsworth and Curie!